Home News How I Started My Career As A Carpenter In IBADAN – Africa’s No 1 Tree Planter, GIWA BISI RODIPE
News

How I Started My Career As A Carpenter In IBADAN – Africa’s No 1 Tree Planter, GIWA BISI RODIPE 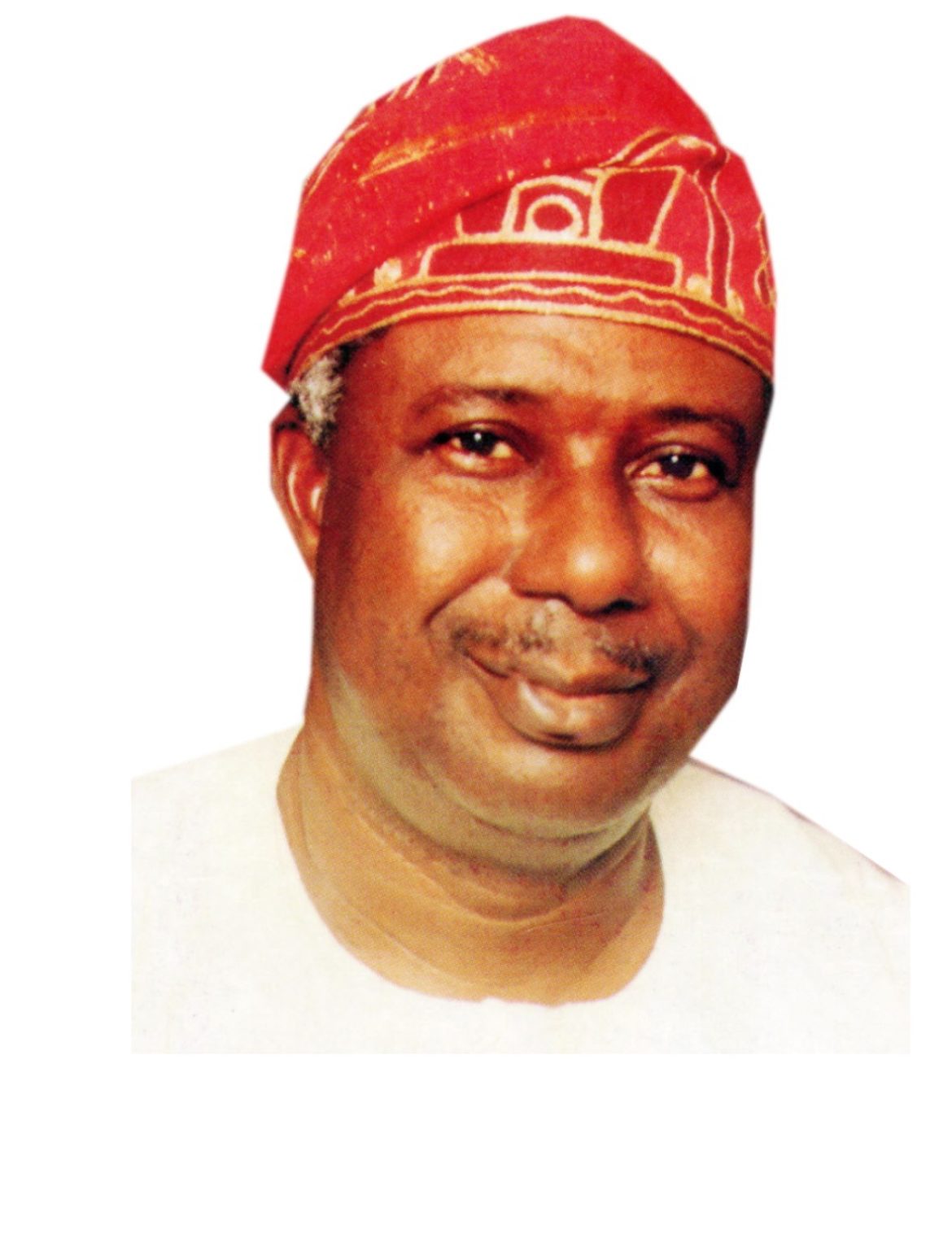 A few days back, Giwa Bisi Rodipe clocked 80. He is the founder of BISROD Furniture and Africa’s No 1 Tree Planter with a vast forestry on several hectares of land spreading over 10km length. He is also a legendary and successful carpenter of international repute. Months back, City People Publisher, SEYE KEHINDE interviewed Papa on his life story. Below are excerpts of the interview.

Tell us about your love for Trees?

“I am a graduate of Timber Technology, Yaba Trade Centre. What we did was Timber Technology not Forestry. My foray into Tree Planting dates back to 1984. How did it happen? Years back, I used to go to some of Ogun State forests and it occured to me that we can’t be dependent on government forest alone. So sometime in 1984 I went to the forest for allocation of Timber (it must be 150 years old) was hacked down and the fruit fell on my laps. I grabbed the seed and I asked the Timber contractor what is this? He said that is the seed. From education, when you have the seed you can plant. So, I brought the seed home. That was in 1984. I planted 500 of the seed. Even through I am not an expert in afforestation and tree planting. But by Gods divine blessing the 500 seeds germinated, but because of inexperence only about 25 survived. I didn’t do much until the year 1999, when I was on the delegation of Afro-Asian Business Forum to Malaysia. It was organised by the Japanae government and many African countries went to Malaysia. We were attached to industries.  The industry where I was attached, every director, very Engineer there had a plantation of their own. When we close I usually join them to their plantation. That is when I realised we were deceiving ourselves in Nigeria. Everybody concentrated on Plantation and Forests, either in Agriculture or Palm Kernel or Rubber. When I saw this, I then came back and looked at all those trees I planted in 1984 that I did not care for and started caring for them and in the process I started buying lands within my area because of the issue of illegal fellers is a big issue. So I don’t want to go far to go and plant trees in a forest far from me, where illegal fellers will go and cut. So I have my forests within my neighbourhood that I can see. Its a 1 hour or 2 hours drive.

When I started this, I never knew I will be apprecsiated by even those in the Federal Ministry in Abuja. I also joined in Tree Planting in Ahmadu Bello University, Zaria. I have a forest there. That is what has been happening. The truth is you cannot talk of nature without Forests because the entire globe started focus forestation. The human race started from hamlets and later grew into cities. When you are talking of forests you are talking of renewable resource. It is renewable so we are supposed to develop it. What we are witnessing today is that people are harvesting without planting. Nigeria has lost more than 60% of its forest land and we continue to lose more yearly because there is no serious re-forestation even though most of our universities have Forest departments and you have forest graduates. What amazes me is that Federal College of Forestry was established the  year of my birth. 80 years ago, and yet we don’t have forests to show for it. And one of the oldest research institutes in this country is FRIN Federal Rovest Research Institute at Ibadan and yet we don’t have forests. So this is a serious issue.

We have shown through our various publications that planting trees could be profitable. The only thing driving everybody off is the long gestation, beause everybody now wants immediate cash. Buy land and plant trees.

How do you manage your Furniture company Bisrod Furniture & your Plantation?

Both are inter-related. Bisrod uses the products from my plantation as raw materials. It is Bisrod that has been funding it, even though some uninformed people thought I am getting foreign funding. That is not true. I don’t get foreign funding, it is my company BISROD that is funding my investments in Tree Planting. Most of my trees are now mother trees. They are producing seeds in multiple of hundreds of thousands. If Nigeria is a country where tree planting is taken seriously, I will make a lot of money by selling the tree seeds. I have been to a Seed bank in London I have seen how it is done. We can do the same thing here. It is like a Cold Room. Its like a Refrigerator. All seeds are collected and put through scientific treatment, chemical treatment before they put it in the refrigerator seed bank.

When you started planting trees in 1984 how did you fund the process? Or did you take bank loan?

No. Let me be honest with you. It is my company Bisrod Furniture that supported my foray into Tree Planting. Don’t forget that on the other hand, it is its own product. It is the raw material for Bisrod Furniture. It is the company that has been funding it, even though some uninformed people thought I am getting foreign funding. It is my company that is funding my investment in Tree Planting.

What made you set up Bisrod Furniture?

It is my profession. I am a graduate of Yaba Trade Centre, later called. Federal Technical College, and now called College of Science & Tech. I graduated from there in 1961, while in training, I also enrolled myself in a roadside Carpentary workshop. That gave me an insight into the fact that it is not when you have machinery that you can have an industry.

Immediately I graduated in 1961, there were 3 jobs waiting for me. 2 in Lagos-Kingsway Stores & Nigeria Railways, and one in Ibadan, called Co-operative wood work. I chose the one in Ibadan. Immediately I started work in Ibadan, I opened a workshop in front of my house. It is that small workshop in front of my house, where I was working, that jobs were coming in. Because my finished products was like imported. It is difficult from the local ones. So, I had more customers and that gave me the leadway. And when James Brown was to visit Nigeria in 1970, preparations started in 1969. I was the lucky man to be chosen to do the stage work. 2 stage work-one permanent in Lagos to be used twice. And then one in Ibadan to be moved to Benin and Kaduna. So, I was fortunate to be the man to do the stage. So, that gave me, my working capital. The money I got there gave me the leadway to create working capital for me. And the company has been growing since then.

Late Steve Rhodes was the controller of programmes for Television in those days. He was the one that gave me the job and he asked me to go and bring quotation. I can tell you in 1969, I didn’t know what a quotation was. Thats is the truth because we didn’t do, management at Yaba Trade Centre. Its just basic Technical Subjects. I gave him a part list for N1,200 whereas Gostshalk, a multinational company quoted 40,00 pounds. They were ready to pay 35,000 pounds. That was where they had disagreement and he says my Manager who did design of what you are quoting for can do the job. And they gave me the job and I gave them 1,200. When I finished the job we now had to get transporter who will take it from Ibadan to Benin and Kaduna. The lucky man was The King of Boys in Ibadan, Majekodunmi He was living opposite Baba Awolowo. He charged them 600 pounds, plus my charge made everything 1,800 pounds. They were so grateful. They gave me bonus of 800 pounds. That was the capital I used in starting BISROD Furniture in 1970. I started Bisrod in 1961 as a road side carpentary workshop. I was just like any carpenter you can see by the side of the road.

Did you specialise in an aspect of carpentry?

No. At that time we were doing all general furniture. Then later we started specialising.

How did you see the growth of the furniture industry?

How I Started My Career As A Carpenter In IBADAN – Africa’s No 1 Tree Planter, GIWA BISI RODIPE was last modified: September 16th, 2019 by Seye Kehinde

Why I Left My Business To Go Into Politics – Nairabet Boss, Hon AKIN ALABI Opens Up