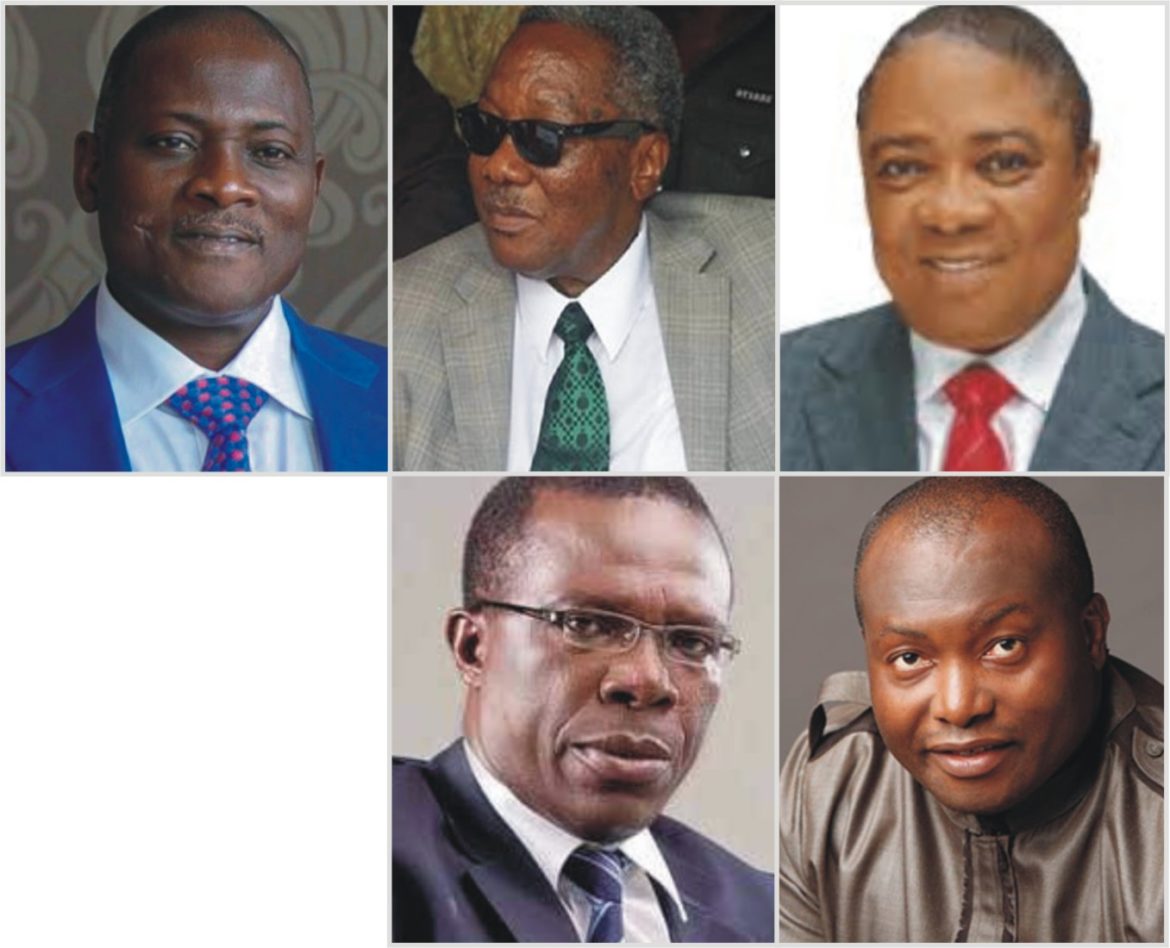 •Why It Is Called JAPAN Of AFRICA

Popularly known as the city of billionaires, Nnewi is a small town in Anambra State, which is the hometown of many members of Nigeria’s rich and affluent – business moguls and industrialists who have made good money for themselves and whose companies across the country and beyond employ thousands of Nigerians. It is generally believed that the town is the birthplace of most of Nigeria’s private jet owners and a land of the men of means.

Even if you have never been to Nnewi, you possibly wouldn’t claim ignorance of the town’s sterling pedigree. If there’s one thing the town boasts of in generous numbers, it is the enviable assemblage of influential personalities, men and women of means and might that the community has produced over the years. A first timer to Nnewi will, indeed, be intimidated by the massive residential mansions in the town. Currently, Nnewi encompasses Nnewi North and Nnewi South local government areas. In these two local government areas are four autonomous quarters, which include Otolo, Uruagu, Umudim and Nnewichi. It is a city that has inexplicably given the country a large number of rich people, which was even noticed by Forbes in one of its articles posted a few years ago. What is the secret of the city? And who are the rich personalities in Nnewi today? There is an opinion that Igbo people who mostly inhabit Nnewi and Anambra state have a peculiar passion for entrepreneurship and a caring attitude for money. Since childhood, Igbo men have been taught how to manage money properly. Today, Nnewi is called the Japan of Africa. A hub for dealers of car parts and a community where wholly or partly manufactured products come rolling out of the mills in copious quantities every day of the week. It has the highest number of billionaires. The first indigenous car manufacturing plant in Nigeria is located in the city, while the first wholly made-in-Nigeria motorcycle, the ‘NASENI M1’, was also manufactured in Nnewi.

As of 2006, Nnewi has an estimated population of 391,227 according to the Nigerian census. The city sprawls over 1,076.9 square miles (2,789 km2) in Anambra State. Nnewi Metropolitan Area and its satellite towns are home to nearly 2.5 million residents as of 2005. Dimensionally, Nnewi has an edge over all other units, being recognised by the 1953 census figures as the largest inland town of all others in the Eastern states of Nigeria. As a fast-developing city and a major industrial and commercial hub in Africa, Nnewi experiences voluminous financial activities, therefore, plays host major banks, and other financial institutions. Industries dot the terrain of the city and adjoining towns. Palm oil, cosmetics, motor, and motorcycle spare parts, books, and stationery, textiles, electric cables, and other products are produced in commercial quantity in the area. Its main trading centres include Nkwo Nnewi market (the largest spare parts market in West Africa).

As the Japan of Africa, it homes many major indigenous manufacturing industries including Ibeto Group of Companies, Cutix and ADswitch, Uru Industries Ltd, Omata Holdings Ltd, Cento Group of Companies, Coscharis Group Companies, Innoson Group of Companies, Ebunso Nig. Ltd, John White Industries, Ejiamatu Group of Companies, Chicason Group, Louis Carter Group, Kotec Industry etc. The great majority of industrialists in the cluster of spare parts factories in Nnewi are also traders, and most of the traders are producing one or more of the products they specialised in marketing as traders (usually motor vehicle parts), and most began by distributing their products through their preexisting distribution networks. Over the last decade, the town of Nnewi has experienced relatively rapid industrialisation. Since 1970, Nnewi residents have controlled approximately 80 to 90 per cent of the motor-parts trade in Nigeria.

Known for the vibrant auto industry in the city, the first Igbo man to own and drive a car was HRH Igwe. Orizu I (Eze Ugbo Onya Mba) in 1912. By 1940, Nnewi residents were at the centre of an international trading network that dominated the supply of motor spare parts in the country. As the Nnewi Auto and Motorcycle spare parts market is well known throughout West Africa, it has earned the city the nickname, Japan of Africa.

The late Nigerian Billionaire, Louis Odumegwu Ojukwu who doubled as the father of the late Biafran leader, Odumegwu Ojukwu, was profiled by TIME magazine in 1965. He made his money by importing dried fish for resale and diversifying into textiles, cement production and transport. In today’s economic value it is about 4 billion dollars. Cosmas Maduka is one of the Nigerian leading car dealers. He founded Coscharis Group. It’s included in the biggest companies in Nigeria, dealing with BMW, Jaguar, Range Rover and Rolls-Royce brands. Innocent Chukwuma founded Innoson Nigeria Limited. The company deals in SUVs, buses, and cars. Innoson established the first Nigerian indigenous assembly plant. Gabriel Chukwuma is the older brother of Innocent Chukwuma. He is involved in sports. Gabriel is a chairman of Gabros International Football Club. He helped the club succeed in the Nigerian Premier League. Alexander Chika Okafor founded Chicason Industries. The conglomerate includes A-Z Petroleum. Augustine Ilodibe He was the first dealer in luxury bus transportation in Nigeria. Mr Ilodibe was the only importer of such buses for a long time. He founded Ekene Dili Chukwu Transport, which had great popularity. Ifeanyi Ubah owns the indigenous Capital Oil and Ifeanyi Uba FC. Louis Onwugbenu (Louis Carter Moore) established Louis Carter Industries. Mr Onwugbenu received his nickname during his weekly trips to Lagos for spare parts selling. His conglomerate owns the Carter Industrial Estate, which occupies many acres area in Nnewi. Obiajulu Uzodike is a founder of Cutix Nigeria. Today, his company is a leading native enterprise in the southeast of Nigeria. Cletus Ibeto is a successful businessman. The Ibeto Group is considered the largest industrial company in the Southeast of Nigeria. He started as an apprentice of an auto spare parts dealer. Then Mr Ibeto started his importing business with acid car batteries in Nigeria. He managed to make a conglomerate. The main fields of his business are hospitality with a large number of hotels, motor items, real estate, mineral oils, agriculture, and banking. In 2018, Ibeto Cement Company Limited was merged with Century Petroleum Corporation.

Nnewi has its own peculiar features. The majority of people who dwell in Nnewi are Christians. One major site predominant in Nnewi is gigantic cathedrals of the Roman Catholic and Anglican churches. They have good Road Network, the economy booms every day as it experiences robust financial activities, therefore major banks and other financial institutions are located there. Industries dot the city and adjoining towns. Palm oil, cosmetics, motor, and motorcycle spare parts, books, and stationery, textiles, electric cables, and so on are produced in commercial quantity in the area. Nnewi’s cost of Living is affordable and the town is known for people’s Unusual Taste for residential mansions.

How NNEWI Has Produced Over 15 IGBO Billionaires was last modified: March 19th, 2019 by City People