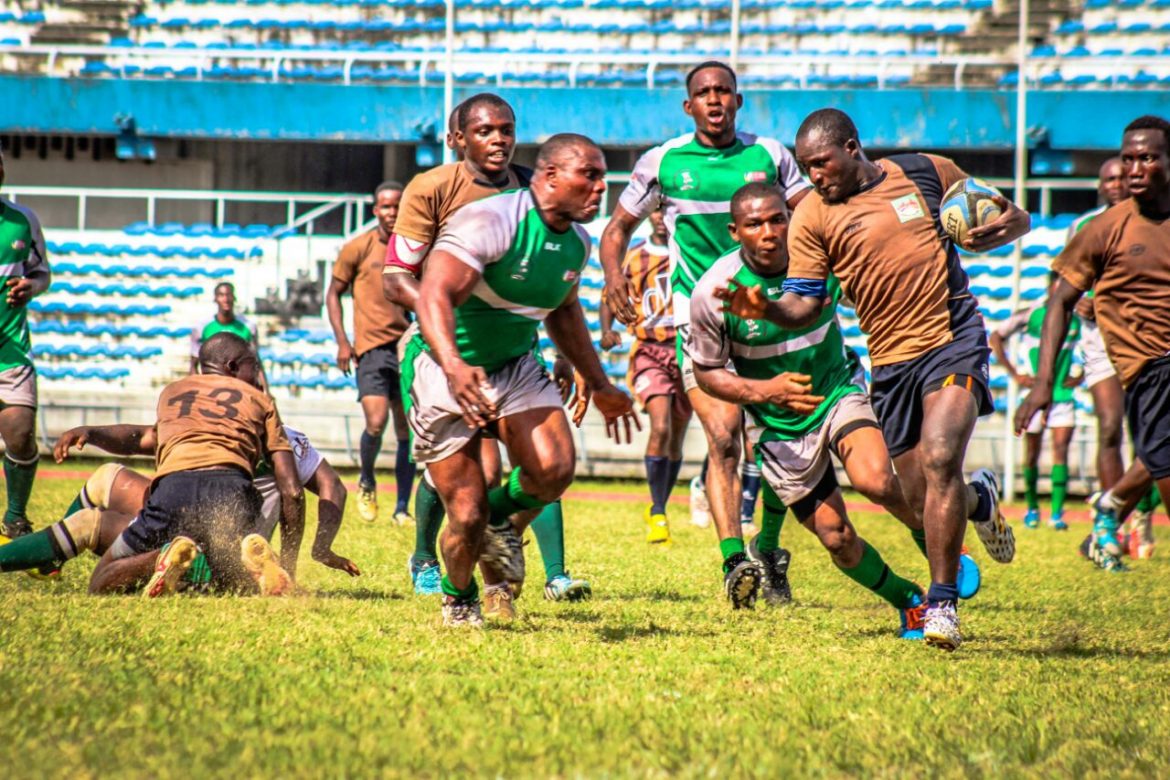 Domestic Rugby activities are bubbling all over the country with the return of the beautiful game of Rugby to the Nigerian version of the Olympics – the Bi-Annually organised National Sports Festival after ten good years of its absence.

Rugby last featured as a medal-winning event in 2009 after its first appearance at the Gateway games in 2006. Prior to that Rugby went through the mandatory three demonstrations and even exhibitions in 1998 edition in IMO all through the hard work and doggedness of the man popularly called “Mr Rugby” in Nigeria Obong Ntiense Williams.

This time around, in 2019, he used his very cordial and personal relationship with the Chairman of the Edo State Sports Commission Barrister Godwin Dudu Orumen to champion the return of Rugby as one of the six selected optional sports that the host state selected as their advantage sports.

The Head Coach of Edo State Rugby Association Ntiense Williams went with his principle the Chairman of the Sports Commission to the 2018 National Sports Festival held in Abuja, not as an Edo State contingent to the Festival which didn’t feature Rugby, but as a hands-on man to the Chairman who was saddled with the responsibility of putting in an Edo State hosting bid by the Executive Governor of Edo State Mr Godwin Obaseki and successfully defended and won the bid.

Today it is happiness and prayers galore for this unique feat which has since put smiles on the faces of nearly all Rugby Players in the country from all the six geo-political zones as they are preparing to go and slog it out at the Ministry of Youth & Sports organised Team Sports Zonal Qualifiers / Eliminations taking place from this Monday 20th through to Thursday 23 January 2020 in all the Six Geo-Political Zonal Centers.

Said Williams, “The number of states involved in Rugby grew between 2006 & 2009 but drastically reduced thereafter. Today, however, with the readmission of Rugby in the Festival has brought about new states like Akwa Ibom, Yobe, Bayelsa, Benue, and Bauchi getting involved in the gentleman’s sports, thereby capturing all the six geo-political zones of the country for the first time!”.

“We will like to sincerely thank my Chairman Barrister Godwin Dudu Orumen and my Deputy Director Technical Mr Charity Igbinosa who have helped to make this dream come through towards the meaningful development of the game in the country and provide employment for Rugby Players. Basically, this is the only event where Rugby Players are paid some allowances and some are even given employment in sports-loving states across the federation”.

We pray that the game can return as one of the permanent events especially now that Rugby is an Olympic scoring event. It is a Commonwealth and All Africa Games scoring event too.

That notwithstanding, Rugby players and officials who are the main beneficiaries are all so excited and appreciative of the return of Rugby to the National Sports Festival that now has activities in over twenty-two states of the federation.

The return of Rugby to the National Sports Festival is a great relief, that brings exceeding joy, excitement for an early start to domestic rugby activities by the teaming Nigerian Rugby community who have been starved and deprived of domestic rugby activities throughout last year which evidently rubbed off on the only National Team that represented the country, the “Men” National Team called the “Black Stallion” during international engagements with near dismal performances in all appearances.

This is certainly the beginning of good things returning to the beautiful rough game that is played by gentlemen going forward in 2020 by God’s grace!