How The Island Club Was Founded 78 Yrs Ago 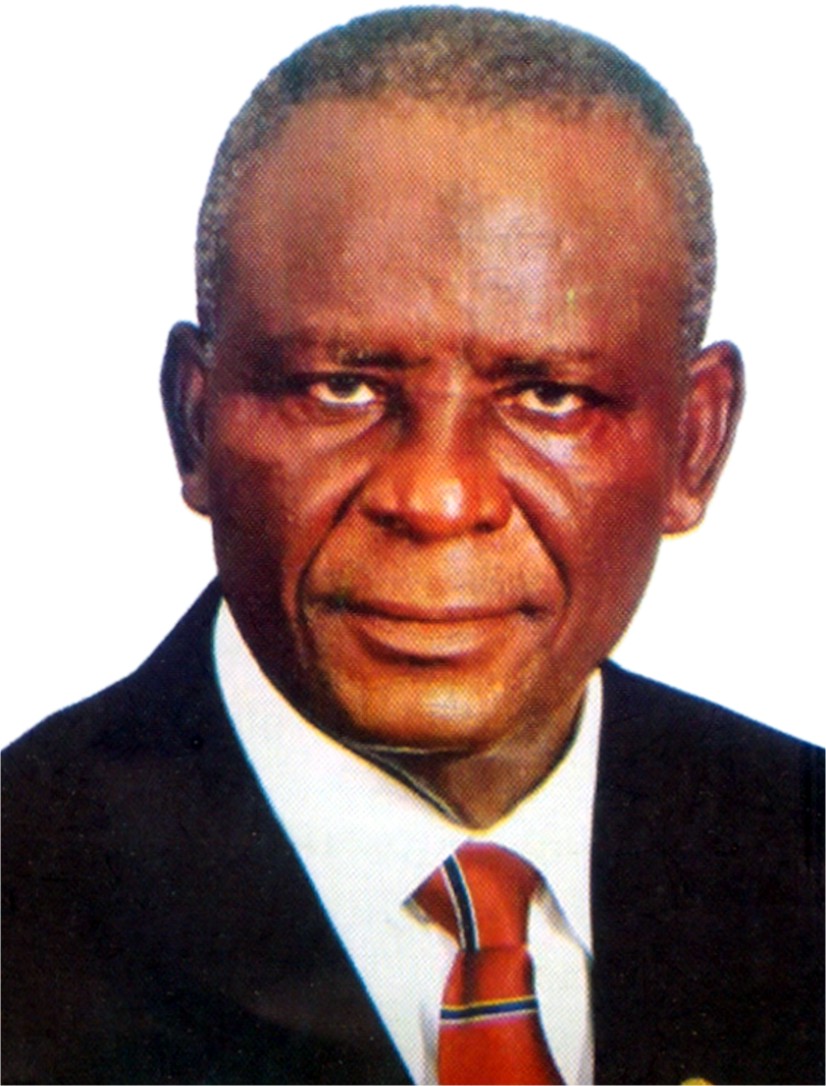 On behalf of the Grand Patron, Patron, Vice- Patrons, Trustees, Special Guest, our Royal Fathers and members of the Management Committee, I welcome you all to this history-making 78th founding Anniversary of our great Club, The Island Club.

The Island Club was founded on Friday 29th October 1943 by 50 eminent gentlemen of substance whose background cut across racial lines. Indeed, Nigeria’s Independence history in 1960 would not be complete without recognizing the invaluable contributions of the Island Club during the pre-independence era of the nation. In all modesty, this administration under my watch and blessed with a

formidable men of focus and determination have recorded some achievements which are not limited to the followings:

(1) Stabilized the financial position of the club despite the court injunction sought by the immediate Past Chairman against the operation of all club’s bank accounts to date. (2) Refurbishment of club Library, Grass Lawn and the Main Store. (3) Provision of an ultra-modern Heineken Barwholly sponsored by NB Plc (4) The Sauna / Gym has been upgraded to give desired maximum satisfaction to its users.

Today is also significant, as we shall be officially inducting our deserving new Trustees of the Island Club, their appointments having been ratified at the Half Year General Meeting held on 20th October 2021 as statutory. The Trustees so appointed are (1) Chief Olatunde Ishola Aluko, GCOP (2) Chief SheriffO. Folami, GCOP (3) Chief Oladeinde A. Lucas, GCOP

These illustrious members have contributed outstandingly and meaningfully to the progress and development of the club in no small measure during their tenures as Chairman of the Island Club respectively. At the appropriate time, in the course of this program, the special ceremony shall be effected and the Awardees, so decorated. On the bandstand, is no less a musician, than Evang. (Prof.) Ebenezer Obey Fabiyi and I am sure that he is ready to reel out melodious music as usual.

On behalf of all members, I pay respect to all our members from inception who had transited gloriously to eternity. May their souls continue to rest in peace while praying that the living members remain blessed in sound mind, prosperity and longevity. Once again, I welcome you all to this auspicious occasion of the club’s 78th Anniversary as I enjoined all members to rally round the club and ensure that the cardinal principles of comradeship and fellowship as enshrined in the club’s Anthem are assured.

Sir Adeyemo Alakija was elected the first Chairman of Island Club. The objective of the founders which was to promote good fellowship and inter-racial harmony appears unremarkable in today’s circumstances. But in 1943, it was a bold, imaginative and necessary initiative. For, although, Lagos was a vital metropolis where “every one of the multitudinous races of West Africa” was represented (not to mention races from other continents) the city of Lagos, unfortunately, was no melting pot, and there was little or no social contact between the races. Island Club was by no means the first club to be established in the Lagos area, but history records that it was the first to have set itself a socially constructive and, in the context of the period, politically desirable goal, one that was not limited to serving just the recreational needs of the elite. The founders of the club reasoned that trust and understanding of each other’s point of view could

best be engendered through informal contact, in a convivial environment of equality and mutual respect for each other. To illustrate this point, a foundation member by the name Mr. F.H Bowen, a coloured tutor from Caribbean Islands, at Kings College, Lagos and whose colleagues were Europeans, could only interact with his white colleagues professionally during school hours, but that as soon as the school was over a racial barrier descended between him and them. They would have nothing to do with him until eight o’clock the following morning. This was also the period when public facilities were segregated along racial lines. What we now know as Military Hospital along Awolowo road was then known and called European Hospital, and the present General Hospital along Broad Street was known and called African Hospital. Best hotels were out of bounds for the black people in Nigeria,a then. And, of course, social and sporting clubs were also segregated. There was a cricket club to which only Europeans could belong and another for Africans. The following story illustrates the point. A coloured Briton (of mixed parentage) was sent on official business to Nigeria from the then Colonial Office, London, U.K. The man was then in charge of colonial students’ welfare in the U.K. And so was on a fact-finding tour of Nigeria. An accommodation was reserved for him at the Bristol Hotels at Martins Street, Lagos with a European name. On his arrival, the figure turned out to be a coloured man. The Hotel management was infuriated at his sight not only was he dined lodging because he was not white but he was also pushed out of the hotel. The news went around the whole of Lagos and some members of the Island Club heard and decided to protest against the discriminatory act. They went back to Island Club to mobilise and led a protest march to Bristol Hotel. It was a landmark action which not only jolted the Colonial Government in Nigeria and throughout West Africa but re-vibrated in the United Kingdom.

Members of Island Club made a conscious, determined effort and a political statement to change the situation in line with their objectives as stated in the constitution that it shall promote interracial harmony. Instead of arresting and trying members who led the crusade, the Governor found their opinion too compelling to dismiss or challenge and so made a proclamation removing the colour barrier from all institutions in Nigeria. Thus European hospitals, European quarters and what have you became de-segregated.

Their names were also changed. What a pleasant surprise. This began the conscious race towards the restoration of the dignity of the black man all over the world and equality of man no matter his colour, race, religion or faith and fired the spirit of Nationalism which eventually gave birth to Nigeria. The constitution of the Island Club contributed to the heart of the Governor because the constitution says that whoever is the Governor of Nigeria is the Grand Patron. The late Sir Arthur Richards (later Lord Milverton was then the governor and patron of Island Club). Prior to 1943, No 5, King George V Road, Onikan now No 3 Island Club Road Onikan, was government property, previously used as the officers’ mess of the Royal West African Frontier Force, a predecessor of today’s Nigerian Army.

By the 1950s, the club had established itself as a common meeting ground for men of all races, so much so that the club became “a centre for attraction to intellectuals, professionals, traditional rulers, ministers of state and Religion and ordinary men, to galvanise their political views on current happenings in Nigeria and around the world. For example, the coronation of the Queen of England not only attracted congratulatory message but also a financial contribution towards the event from members of the Club. Within its premises, they found an atmosphere of equality and respect, conducive to human understanding”, But then, with the racial interaction generally conducive social environment went the more serious business of throwing off the shackles of Colonialism. Sometimes, when inter-racial harmony could not be achieved over a bottle of beer (outside the club, that is), more conscious methods were adopted with Island Club members participating. After Independence in 1969, the prestige of Island Club was at its highest. The British High Commissioner and his counterparts from the Federal Republic of Germany, Israel, and Sudan, joined Island Club on the same day March 1961 and the role of members is replete with the names of senior diplomats, captains of industry, top civil servants, professional, etc.

The register also contains the name of a member of the British Royal Family Prince Michael of Gloucester (membership No 2938) who was admitted on January 121966.ln Nigeria of today, racial prejudice is illegal and unpopular. The membership of the club has grown from 50 in 1943 to the present figure of more than 7,000. There are tens of hundreds of members spread over the 36 states of Nigeria in particular and indeed over the globe in general particularly in Europe, the U.S.A, the Middle East and the former USSR With this type of membership, the Island Club has contributed and will continue to contribute, probably more than any other organization of its kind to the development of Nigeria, socially, economically and even politically, hence its general acknowledgement as the premier social club of Nigeria. To this extent, there are Vice -Patrons of the Club who are distinguished gentlemen or royal fathers of repute from different parts of the country.

Island Club has now developed into an institution in the Social Life of Nigeria. We the present generation of members owe it a duty to the Foundation Members living or dead, to bring into more practical reality the ideas for which they laboured and sacrifice their time and resources, according to the second stanza of the Club’s Anthem: “Well and high his banner will carry. Of a true and decent life, Bell of friendship we will ring out loudly, In the Island Club for life. Island Club is for fellowship, It’s interracial, it’s for comradeship Hail Island Club, Hail Island Club, Hail Nigeria’s PremierClub”

READ ALSO: WHY FASHOLA WON’T CONTEST AGAINST TINUBU IN 2023

How The Island Club Was Founded 78 Yrs Ago was last modified: November 9th, 2021 by City People

Why FASHOLA Won’t Contest Against TINUBU In 2023