How Tolulope Ajidagba Introduced Folarin Arowolo to her family In Lagos. 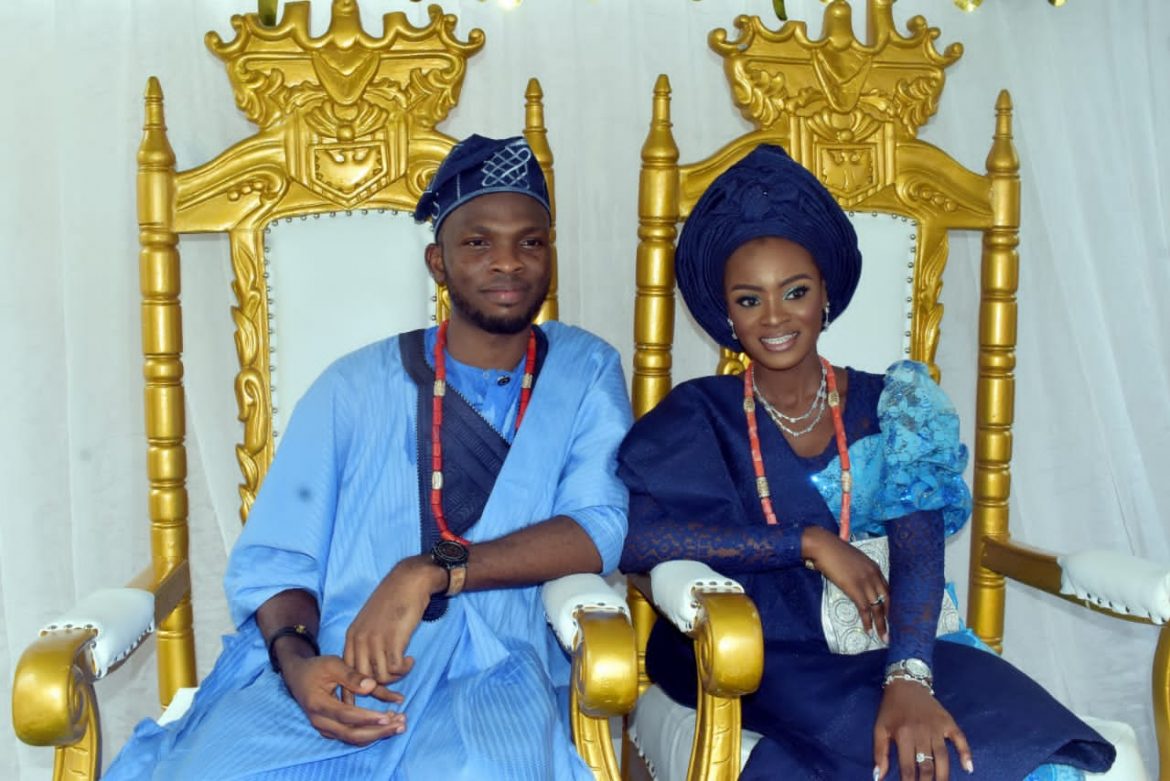 On Saturday 7th May 2022,beautiful Tolulope Ajidagba introduced her fiancé Folarin Arowolo, officially, to her family ,at her parents residence in Omole Phase 1.

At exactly 12:55pm, the Arowolo family arrived at the Ajidagba residence.

Mrs T.A Emmanuel asked the Aworolo family to dance in while 3 bowls were placed at the entrance of the house,for them to drop money before stepping into the Ajidagba household (as tradition demands).

Mrs Aramide Olajide took over the mic,as the Arowolo family danced to their seat.She spoke on behalf of the Groom’s family, asking the Ajidagba family to accept them and also to allow them cut a beautiful flower from their household.

Mrs T.A Emmanuel then asked the Ajidagba family and the extended family if they were willing to accept the Aworolo family and to give out their beautiful daughter to the Arowolo’s,to which the Ajidagba’s shouted a BIG Yes.

The Groom,Folarin, was then asked to dance into the compound of the Ajidagba with his friends.After dancing in, he was asked to thank the Ajidagba’s by prostrating for them.His friends joined him in appreciating his wife-to-be .

The Bride and her friends also danced in and went ahead to kneel in front of her parents ,while they prayed for her by placing their hands on her forehead,before she moved to her fiancé parents to greet them.

Mrs Aramide asked Tolulope to look around and search for her fiancé and bring him forward to officially meet her extended and nuclear family .

All in all,it was a classy introduction.Wishing the couple a successful married life.

How Tolulope Ajidagba Introduced Folarin Arowolo to her family In Lagos. was last modified: May 10th, 2022 by Reporter