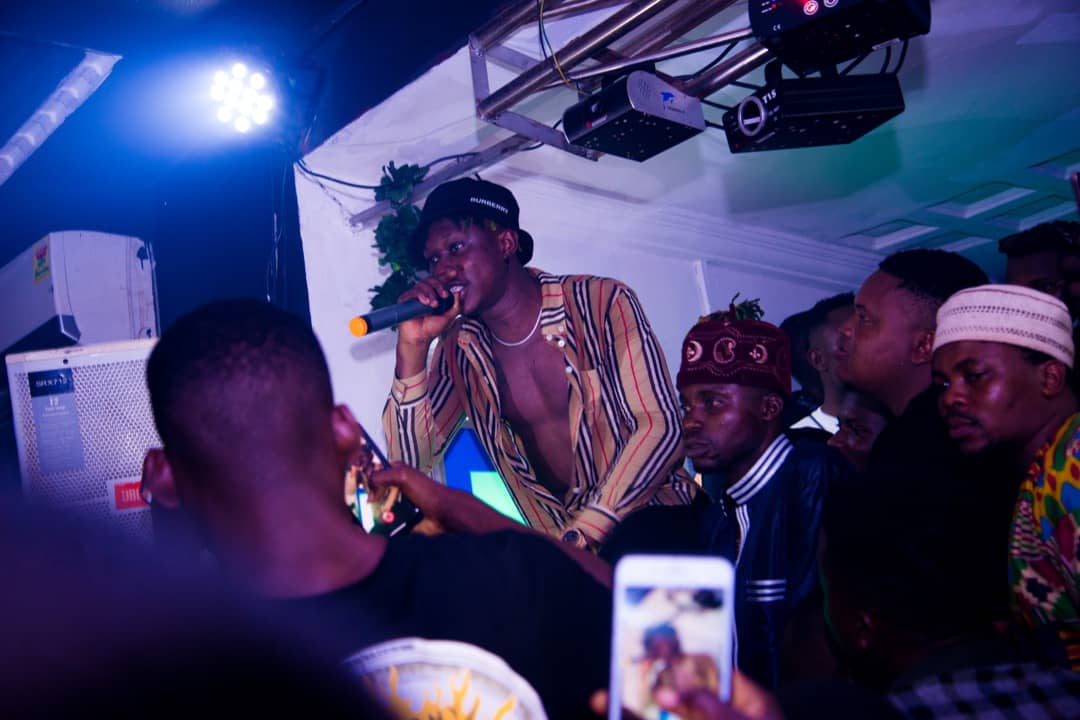 Last week it was a lock down in Abeokuta, the Ogun state capital, when former night club, mood, re open their club and changed its name to club fun. those who are frequent visitors to Abeokuta can tell how club mood changed the face of entertainment when they started running the club six years ago, initially the club was named d buzz when it opens but they had a name change at some point, the club was known to be very popular with top artiste from Lagos performing life every Friday,

All the big boys and babes in town are found balling hard at the club located in quarry road area of Abeokuta. three years ago the club opens it Lagos inside Elegushi beach and till date its still the rave of the moment on the island. last week for the reopening of the club in Abeokuta, popular fuji star, Malaika and Boye Best were on band stand for the soft opening on Wednesday, while Dj  Consequence and hip hop star Zlatan were the guests from Lagos,

The club opening has the big boys and babes from Lagos and Abeokuta in attendance, it was a lock down in town as many lounge and hangout close early because everyone was at club fun for the re opening.  speaking with Eniola Adeyemi, the owner of the club on why and how he started the club, he said ” I thought I was going to open like a bar, then when I finished my youth service , I started my sharwama business, called Sharwama Express, so when I started my sharwama place,

My very close friend approached me and said, we have been friends since secondary school and he told me his dad is building an hotel that I should come and check it out, the hotel was behind my house, when I got there he showed me a space and said we can use the space for a club, I told him it was too big, we were still talking about it, I didn’t know if I was going to agree to do it or not, then he got a job, and he later said we can use a space downstairs instead of using the bigger space upstairs at quarry imperial hotel in Abeokuta.

Initially he asked if I will help him to run the club as the manager, I told him I cant be manger because then I was making close to sixty thousand naira in a day on my sharwarma business which was a big deal for me, so I told him the only thing I can agree with is if we are partners and we can both own the club and each of us will drop money, then we both dropped three hundred thousand naira each, that was in 2013.

By 2014  our club was the talk of town.  I personally I have always had passion for entertainment, because when I was in school I already made up my mind I was not going to work for anyone, and I was an artiste.

So we approached the hotel an asked how much they make in a month, and leased it out to us, and we named the new space club 52, from club 52, we changed it to mood, because we wanted mood in Lagos and we wanted both club in Lagos and Abeokuta to have the same name.

We wanted people to know that it’s the same club when they hear mood. with the whole situation of night life in Abeokuta that has really gone down, we decided that we want to redefine the club and its style, so we decided to name it club fun, we wanted everyone to come and have fun, no matter their status and how small they have to spend, we are trying to let them know that fun is for everyone, fun is not for selected people”.

Eniola Adeyemi is a graduate of  Human Resources at the Osun State University, he said further that  “if Abeokuta respond well, we are going to give them what they want, we are going to bring the likes of k1, Pasuma, Naira Mally, later in the year, for the re opening of the club we brought Zaltan, Malaika, Dj Consequence and Boye Best, and it was a huge turnout,

OGUN CELEBRITIES: MEET THE FIRST NIGERIANS TO OWN A FOOTBALL CLUB IN TEXAS