Husband Caught Having Sex With a Neighbour In the Toilet 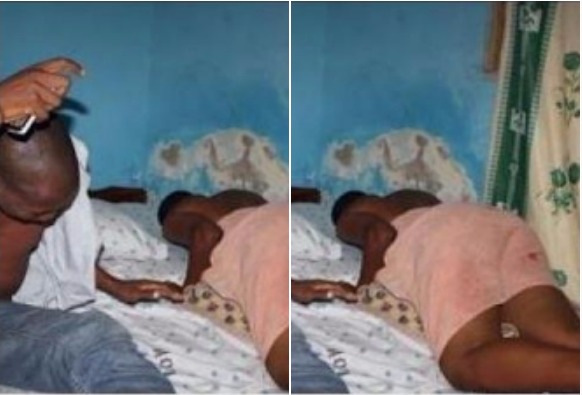 A husband has justified himself after he was caught having s*x with a neighbour right inside the toilet.

A man who was allegedly caught having s*x with a neighbour in the toilet told a Local Court in Lusaka that he warned his wife that she will hear that he made love with a neighbour because she denies him conjugal rights, Zambian Watch reported.
The man identified as Oswald Mukando, 33, of Garden House compound was testifying in a case in which his wife, Rita Ntalasha, 25, a Security Officer sued him for divorce.
However, Mukando said that he still love his wife, Ntalasha. The two got married in 2011 and they have one child. Dowry was paid.
Ntalasha told Senior Court Magistrate Mubukwanu Matakala sitting with Magistrate Abbyshine Michelo at Kanyama Local Court that Mukando has been accusing her of having boyfriends and that in 2012 and 2016 they went on separation.
She explained that last month when she came from Mumbwa she overheard the landlord complaining that Mukando will bring bad luck by making love in the toilet.
‘’When I confronted the neighbour who was making love with Mukando she admitted and asked for forgiveness. On April 16, 2017 Mukando said that his girlfriend is carrying his child and he even boasted that he can do whatever he wanted because his father married seven wives. I sued him for divorce because I don’t want to be in polygamy,’’ said Ntalasha
Husband Caught Having Sex With a Neighbour In the Toilet was last modified: May 28th, 2017 by Arinze Ago

Nigeria’s Greatness Lies In Its Human Capital, Not Oil