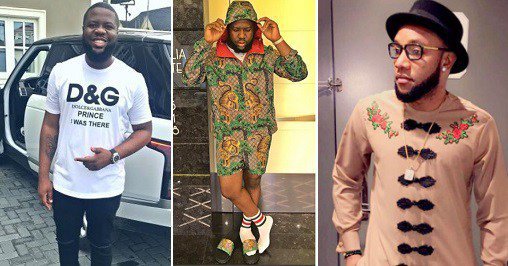 Recently, Malaysian-Based Nigerian Big Boy, Hushpuppi took to his Snapchat to call out people he calls his friends who cannot “dash him” money for no reason.. and funny enough, under few hours, the Snapchat king got over 2 million naira from his friends..

He then later gave the money out…. Now he is calling out Bloggers who didn’t carry this story, but rather, loves carrying “bad new about him”.

He also used the opportunity to shade Eniola badmus and Kcee.

Read His rant below;

Over 24 hours ago, I was having fun on my Snapchat with few friends to raise money for me to blow for the weekend.

In less than an hour I was sent over 2million naira which was much more than what I was seeking to have fun for that moment so I decided to give some of it out, I sent a couple of people I know some of it and I remembered a boy with a severe pain because by an armed robbery attack, so I decided to donate to him to get good medical attention, I also thought I would use my platform to get him a lot of donors which I posted his case on my page and he has then received massive turn out from my friends and followers but there’s something I noticed, to my surprise not even one of this bloggers who are quick to pick anything I do ever picked that good I did to write about, rather I see some blogs posting hushpuppi stylishly turns beggar, and none of their commenters/fans wrote to them that they should see this and that which hushpuppi has done o, none of your celebrities do this rather they only post and fold their arms to problem of the public who made them who they are, we didn’t see eniola badmus and kcee to tag federal government that I deserve a goodwill award but they are quick to tag efcc to come and investigate my blessings but at the end of the day I am not surprised, all my years in the struggle I have learnt black people mostly Nigerians are quick to bring their own down rather than praise, build or support each other.

Love don’t exist among us but with all this, I won’t stop being the good guy that I am either y’all see it or not, God sees it and I see why he never seize to keep blessing me.

May God bless u good guys out there that never get celebrated or appreciated, God see your work and will crown your handiwork

“I Can’t Wait To See How The Season Goes” – Lacazette