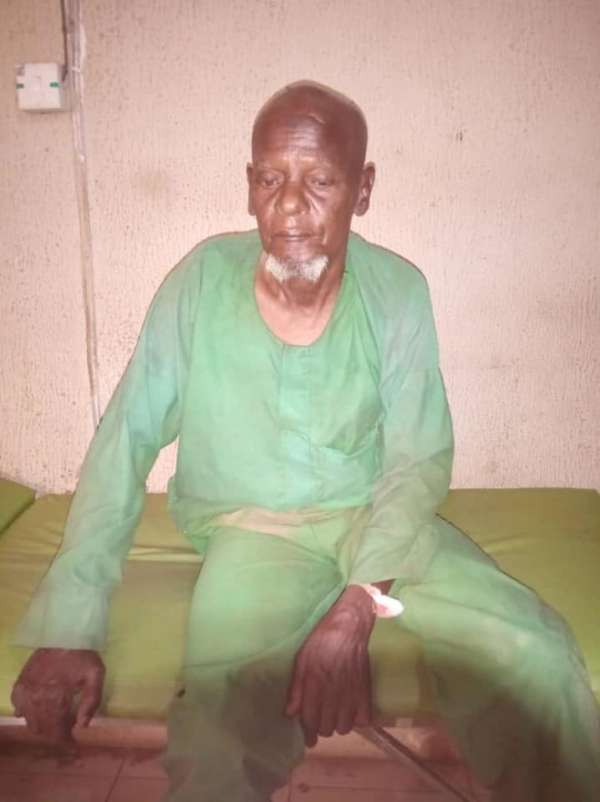 Notorious Fulani Warlord, Iskilu Wakili, has said that he fainted several times while he was being taken to a police station after he was arrested on Sunday.

Wakili was arrested by a joint team of Ibarapa security operatives, including Oodua Peoples Congress, Vigilante, and other groups.

The warlord and his gang had been fingered in the killings, kidnapping and other criminal activities in Ibarapa, Oke Ogun, Oyo State.

Speaking to newsmen at the State Criminal Investigation Department at Iyaganku, Ibadan, Wakili said he was alerted by the women in his compound of the presence of those who arrested him.

“I told them to run for their lives, but I stayed back, lying down because I was sick and unable to run,” Wakili stated as quoted by Oyo Affairs.

He said he was taken to the Igboora police by men who dragged him out of his hut naked.

“I fainted several times before we got there. From the police station, we were moved to the State Criminal Investigation Department, Iyaganku, Ibadan,” he said.

“I later learnt that my house had been razed and my son’s wife, called Kande, was shot. She’s lying in the mortuary now.”

According to Oyo affairs, Wakili denied the allegations against him, saying he has never been a kidnapper.

He added that he had also paid a ransom to the tune of millions after two of his children were kidnapped.

I fainted several times when I was arrested – Wakili was last modified: March 10th, 2021 by Reporter