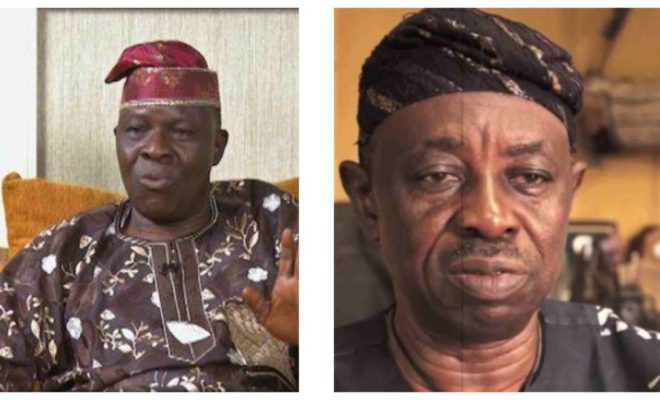 Veteran Nollywod actor, Kareem Adepoju popularly known as Baba Wande has finally cleared the air on the suppossed crisis between himself and another veteran Nollywood filmmaker and producer, Tunde Kelani over the production of a move “Ti Oluwa Nile” which was released in 1993.

Baba Wande who played a lead role in the movie recently opened up to Journalists in Lagos that he co-produced it with the CEO of Mainframe Films and Television Production limited, Mr. Kelani and also made several other things know, He said;

“I am Alhaji Kareem Adepoju, aka Baba Wande. On the issue of Ti Oluwa Nile with Mr Tunde Kelani, The chairman of censors board, we jointly produced the movie and had success on it.

“Recently I heard rumours that I wanted to take him to court; NO. Capital no. I’ve never thought of taking him to court. How can I think of taking my friend to court? He’s a friend, we started everything on a friendly basis. Though I feel cheated when the movie was making good sales and my percentage was not given to me.

“The only thing I can say is that I want all my friends and Mr Tunde Kelani’s friends to come together and plead on my behalf with him to pay me own rights.

“Though the agreement is 30:70 and the film has been selling for the past 20 years or even more, so if they can help me plead with him to pay me my own right, I will be happy and I know that Tunde Kelani is a godly man, he will start paying me my own right.