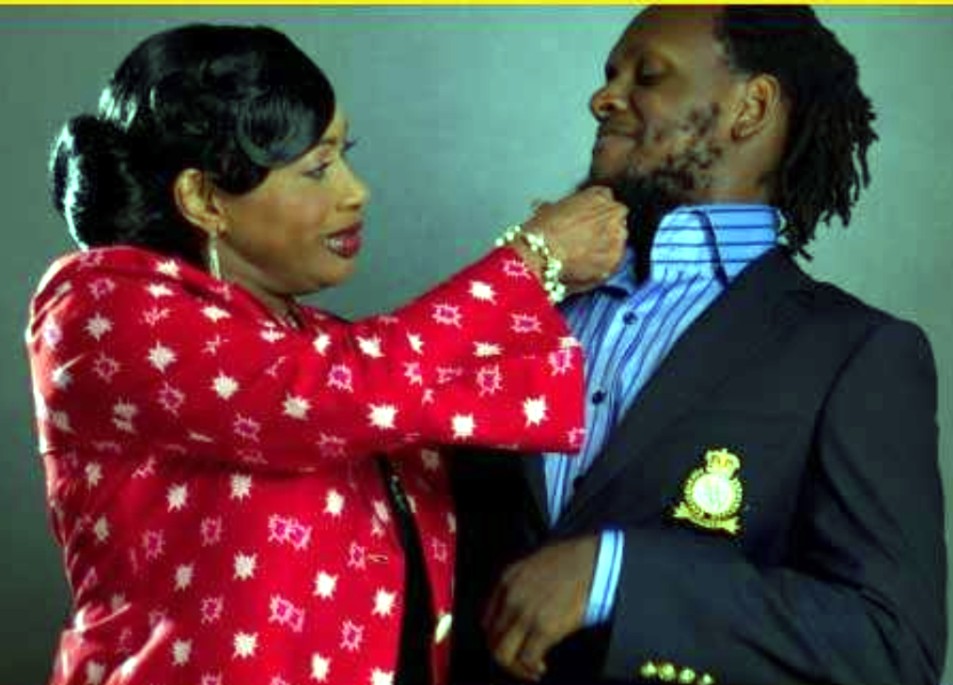 Clarion Chukwura, the veteran Nollywood star, is one of the popular screen divas, who dominated the TV scene in the 90’s. Her versatility stands her out among her peers.

Though she joined the industry at age 15, she became popular after a popular TV series, “Mirror In The Sun”. She was also the first Nigerian to win the Best Actress Category at the 1982 FESPACO Film Festival in Burkina-Faso.

The Ambassador for Peace of United Nations was a cynosure of all eyes in the hall when she arrived at the 2019 City People Movie Awards at 10 Degrees Event Centre, Ikeja, looking many years younger than her age. She stole the show looking age-less.

City People’s Assistant Society Editor, ABIOLA ORISILE, had an exclusive interview with her where she spoke about her life at 55, how she joined the industry at age 15 and how she gave birth to her son, Clarence, at age 18.

Congratulations on your award. How long have you been acting?

I have been acting for 40 years and still counting.

To look back at how Nollywood started. What our values were? We need to go back to the drawing board. It is about the fact that you need to have your forerunners with you. You need to take advice from them and let them assist you in your training and course content.

You can’t be saying old Nollywood, new Nollywood. New Nollywood is by and large empty.

You are educated, why did you join the industry years ago?

I got educated in the industry. I joined the industry at age 15. My first role was in Dr. Bode Sowande of University of Ibadan Department of Theatre Arts play. He gave me my first stage play role and Jumoke Pain and Doctor Laolu Oguniyi, the late Chief Wale Ogunyemi gave me my first break on television.

How many movies have you acted in?

I have lost count. I have done a lot.

You haven’t been around for a while, what happened?

You look hot and sexy. How old is Clarion Chukwura?

I am 55 years and still counting by His grace.

How have you been able to keep your shape?

My diet and exercise. I don’t joke with exercise.

Is there anything you are now working on?

You speak Yoruba and Igbo languages fluently, how did you join both genres of the industry?

I joined both genres the same time. It was the same time I was starting on stage that I joined Yoruba genre. The Yoruba industry had its production on NTV Ibadan then. So, I was at the middle of everything. So, I joined the industry acting with many of the A-List stars like Aderupoko, the late Ajimajashan were the ones I started with.

You are a very strict person, what is the difference between Clarion Chukwura on stage and Clarion in real life?

Clarion Chukwura is very much a Minister of God. I am humble and playful. I love my kids and I am a very private, Christ-like person. I am a woman.

You spoke so much about Christianity, how did you give your life to Christ?

Well, I gave my life to Christ 20 years ago, but I was still living my life until Christ decided it was time to break me. He took me through some stages. I went to the United States and the Lord began a process that lasted 5 years. He broke me and let me knew that people were not what I thought they were. I used to be very trusting. I used to take people on the face value and thought everybody was like me. I never believed that people could be evil and exist in human skin.

Because of who I am in the movie industry, they want to be me. And being me means I must stop to exist. So, for the first time, I knew what it was to face trial and it was allowed because God wanted me to go through it, so I could heed my calling. 8 years ago, I was ordained a Deaconess but I wasn’t living the life of a Deaconess. So the Lord took me through the process of being broken. So, I could hear His call and answer to be the Minister that he has ordained me to be.

Do you see yourself taking a full Pastoral job?

I was in seminary to study to be a Pastor, but I am not going to float a church. My ministry is prayer intercession ministry. It is to pray for Nations with Christian.

What has sustained you for 55 years?

Number 1 is Jesus Christ and the 2nd is Clarence Peter, my son. I had him when I was 18 years and we grew up together. We held each other hands to grow and he supported me and trusted me. He knows the journey that we have both travelled was successful because of God. We grew up together.

Do you see yourself getting married again?

My dear, everything about me now is up to God. The Holy Spirit is in complete control of my life. So, whatever I do is by his way.

Who is your favourite musician and do you dance?

You are an Igbo who speaks Yoruba fluently, does that give you an edge?

No, I won’t say that. I started acting with the Yoruba and English genres.

My Only Regret In Life Is My Tribal Mark – Veteran Actor, OLAIYA IGWE Tells City People