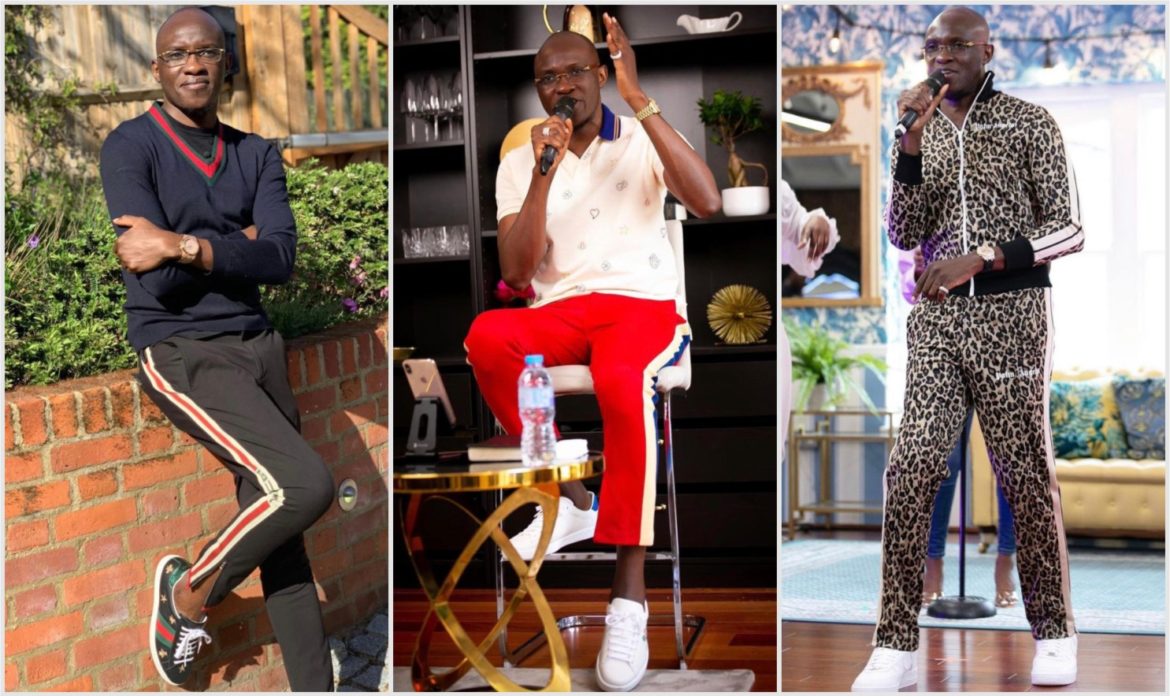 Let me just say this first. They should please listen to us. And sometimes, our mode of communication delivery would not be polite most times. When I got on the street to help young people in the UK. The way they speak here – you can imagine what UK is like. But I needed to hear them out, I needed to listen. I needed to let go of my cultural believes and background, just so that I can hear. Because sometimes, we are all growing. The way we communicate things may be off-putting. A older people would say, “Oh those young people are rude.” And all that. But if they listen to us, they would be healthy debate. We need to understand our frustration. That we are frustrated, we are not good at communicating sometimes. But we would get better if we have people that would feel and listen to us. So, I have been trying to see how I can join hands with other people and create a forum for the young and the old.

I had a problem with church. A big problem. I did not like the way church was, and is still is in Nigeria. But, I have grown now, I’m growing. I’m evolving to see a communication ground, a debate place. You know, the reason we come up with great policies in the UK is that debate ground. When they get into that Parliament, the Prime Minister himself is there and you can see sometimes it’s so heated, it’s so hot in there. But they listen to each other and they come up with great policies. So, I think the way we can do it is conversations like this, conversations with someone like yourself and other great men have been having. Whereby they can be listening to the young generation and then the older to can speak. Then, it would help some of us as young people to see the angle they are coming from. And they can see where we are coming from as well. Communication is a very powerful tool in conflict resolutions.

Let’s talk about Pastor Tobi Adegboyega at 40. How do you feel?

I can’t believe I’m going to be forty. When we were younger, we see people and say, “That guy is about forty.” And we’d reply, “Whoa, he’s so old.” [Tobi Laughing] And I think I’m realizing how time flies. Time flies so quickly.

I feel like having served this nation where I’m at –I have served London City for the past fifteen years. I have served them. I have helped so many young people off the streets, save the governments millions of pounds which they used to spend in prosecuting homicides and all of those stuff. So, having got to that place, I’m thinking… And I have raised leaders all over the nation. We started the church with about three people with no money at all and it’s grown to over three thousand plus people. Young people all over. So, I have handed over the church to family heads, leaders, young people. I still oversee them, and at that point, I feel like I’m thinking of what is going to be the next assignment. So, to answer your question, I’m at the crossroad of what is the next assignment for me. What am I supposed to do next? I’m making sure that I take the next right step.

I know you are eager to help young businesses and SMEs and all that. But how do you intend to do that because I know that you also promise to help some of them on this programme. I’m wondering what would be your advice on how best to go about it.

I have been doing so through platforms in Nigeria from Chief Dele Momodu platform to Ubi Franklin, who I think was on or is still on. And many others. People DM me and I ask about what they do. Recently, I asked for people… Because a young man sent me a message. He said, “If you give me X amount, I’m a foreign trader.” He said to me. “I would make X amount with X amount of time.” So, I thought let me throw this open to people, maybe hundred people. I got 270 applications. So we have been doing it. We have been doing it on platforms like yours. What I usually do is ask those people who have these platforms to vet, because I wouldn’t have the time to vet everybody. And I also know that they are people out there who are funny, who can be a little wayward. And so, I ask people like Aunty Bossline watching to vet people, give out money. So, I said on this show twenty people to twenty thousand naira to help. And I have made the money available already. To help people who have small businesses, as a way of my own contributions towards them staying alive. And the reason is that anywhere there is economic power, crime reduces. It’s just logic. So, that is also what I want to do on this show and it is available for those who may need it.

So how should they reach…? An address or should dey call a number?

Bossline, if you are watching you’ve got to tell people how to reach. I have made sure that she has the monies on her already.

Please, we are ready for people with small businesses.

So, if you DM Bossline and tell her the business, she would do the vetting and then relate back to you, sir. I wish the people success.

What do you think should be the next phase for the youths who are still eager to get their views across and get things done over those views they raised?

We need leadership that is hungry for change but not hungry for money. We need leaders that can not be bought. I know most businesses in Nigeria run on the government, I understand it. That people might have a feeling or opinion, but may not be able to voice it out because of the need to feed their families. But we need leaders that are independent. And one of the things that worked well in the EndSARS movement was the ‘we have no leader.’ It was good for the time but going forward, we have to have regional or subleaders who can put their thoughts across and who can also pick International interest for financial support and for voice support. We need leaders that can make that happen. These leaders do not have to be political. For example, what I would dream of doing is, out of the EndSARS movement from different stage, if we have people that we can say in 2023 this is the candidate that we are supporting. And we can see the track records, we will all support them. And if they don’t do what we want, we vote them out again. So, we must come out of the EndSARS movement is a movement indeed. Because like I said from day one of the EndSARS movement, I said, “Streetlife has a timespan. We can not be on the street forever. People would have to return to work, our parents would have to go to work as well.” But after that, we have made a statement, can we now be disciplined to put people as leaders? We may not always agree with them, but let’s have leadership, let’s have a vision, let’s support people who would want to go into political office. And that does not have to start with the president, it can start with the house of rep members. We need those kinds of grassroots to movement. And we also need to understand that it takes time to effect this change. In due time, we would build it and we would be there.

So, I’m joining forces with some people in Nigeria at the moment to create what we call the biggest food bank in Nigeria. This foodbank would reach out to the so-called hoodlums. We are going to reach them, we are going to speak to them and after that, we would create courses for skill acquisition. But we would have enough food in all the 36 states. So that’s what we are planning at the moment. And from there, we would see those who want to run for political office. We would support them as much as we can.

WHY #ENDSARSNOW PROTEST IN RIVERS DID NOT RECORD WAREHOUSE LOOTING