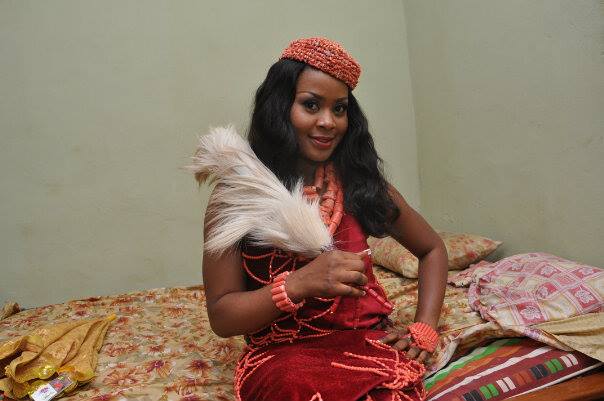 +Why They Call Her ARAB Money

Stephanie Chijioke Frank, popular called Arab Money is a famous Nollywood actress, model, producer and television personality. She is one of the fastest rising actresses in Nollywood. Despite the fact that she has been off the movie scene for a while her movies are still making waves. She is not just beautiful, gifted, and talented in acting and interpretation of movie roles, Arab Money also fits very well in any character given to her. In this interview with City People’s NONYEM ANYAKWO MOLOKWU, the Owerri in Imo State-born screen diva spoke on career and her pet project.

What is your pet project, what are you currently working on?

I am working on the movie titled “Fatal Emotion”, directed by Kingsley Orji and I am the producer. We have started shooting already.

What is the movie” Fatal Emotion” all about?

It is an intriguing story. A true life story of two brothers named Henry and Richard who are fighting over a woman named Merit. The lady happens to be Henry’s wife. It also features Collins Ejike and many others.

Have you produced any movie before now, if yes talk about it and the challenges?

Take us through your journey into the industry till date?

It has been a very interesting journey so far. Even though at some point, it seems difficult. Ups and down but I thank God. I am an overcomer. It’s all history. I will say that I am happy to be part of the AGN family.

Which has been your most challenging movie so far?

The Strippers my dear,which I co-produced. It is still the most challenging movie for me so far.

Did marital status change anything about your career?

Not at all. I married the best man in the whole world. He is always supportive. I was just taking it one step at a time; I was making babies, so i needed time for myself. Nothing changed, its still me.

How do you combine work and your home?

It is not easy though, but I have capable hands that help while I am away. And my husband too is doing a great job in keeping the kids and in communication whenever I am filming.

Do you have any regret so far being an actress?

I don’t have any regret being an actress. In fact, it is something i love doing. I do it with all my heart.

In the next 10 years, where do you hope to see yourself.

In the next 10 years, I hope to see myself achieve much than I ever wished for.

What is your general perception of the Nigerian movie industry?

The Nigerian movie industry has created opportunities for young and old to achieve their dreams. The industry is doing massively well and we are also improving by the day. Compare the industry now and years back, you would see that we have gone way beyond.

Is there anything you miss doing as an actress?

Hmmmm. Yes oooo. I miss walking freely on the road without people noticing me. The days I will just want to address certain issues and nobody say I know her.

How did the name Arab Money come about?

I can’t just tell. I know they call me that but I have no idea how it came about. Maybe because I was staying in Dubai before I got married. I don’t know what they meant by that. I was only living like a young girl. Maybe they saw it as an expensive lifestyle. I just can’t tell.

What else do you do, aside from acting?

I have a hairline and I am working on so many things at the moment. Like I said, I am taking it step by step.

What advice do you have for the new upcoming actresses?

I would advice the upcoming actresses to take a step at a time so they don’t end up rushing out of the industry like many others do.