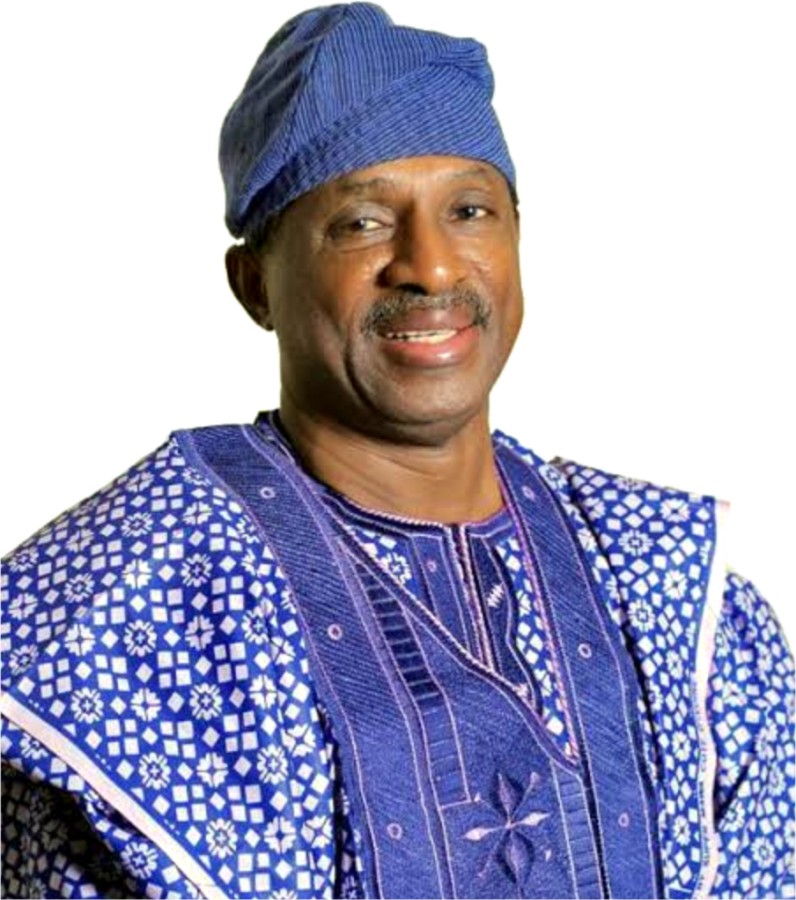 In Oyo State politics, he is quite popular. Just mention his name, Femi Lanlehin anywhere and you will be told he is a popular Ibadan politician. Lets tell you a little about him.

But his real name is Solagbade Olufemi Lanlehin popularly known as SOLAN. He was born into the illustrious Lanlehin family of Ibadanland. He had his secondary education at Ibadan Grammar School, Ibadan and Igbobi College, Yaba, Lagos.

He joined the law firm of the erudite lawyer and social critic, Chief Gani Fawehinmi SAN in July 1978, where he was until August 1980. In August 1980, he established his own law firm, Olufemi Lanlehin & Co and was appointed a Notary Public and Commissioner for Oaths in August 1980.

He joined the Social Democratic Party in 1987 and ran for election successfully on its platform into the House of Representatives, representing Ikeja Federal Constituency of Lagos State from 1992 until November 1993 when the military aborted the Third Republic.

On Nigeria’s return to constitutional democracy in 1998, Senator Olufemi Lanlehin joined the Alliance for Democracy (AD) and became its Lagos State Legal Adviser.

He worked with other patriots to win the governorship election in 1999, for his party in Lagos State and was appointed the Commissioner for Special Duties and then Special Adviser to the then Lagos State Governor, Asiwaju Bola Ahmed Tinubu.

In 2002, upon the promptings of his people in Oyo State, he left Lagos State politics and joined the political fray in Oyo State. He was the Oyo State Coordinator  of the Obasanjo/Atiku Presidential Campaign Committee in 2002/2003. He was appointed the Chairman, Board of Directors, Benin-Owena River Basin Development Authority in 2004 until August 2007.

He was also in February 2006 appointed the Pro-chancellor and Chairman, Governing Council of Ladoke Akintola University of Technology, Ogbomoso, Oyo State. In 2009, Senator Lanlehin as a member of the Action Congress of Nigeria (ACN) and under the dynamic leadership of Alhaji Lam Adesina contributed towards rebuilding the party into a winning platform. He was elected on the platform of the now defunct Action Congress of Nigeria (ACN) into the Senate of the National Assembly in April 2011 representing Oyo South Senatorial District of Oyo State comprising 9 Local government areas namely;

In the Senate, he was the Vice-Chairman of the Senate Committee on National Planning, Economic Affairs and Poverty Alleviation in addition to being a member of six other committees. He has been a champion of ecological reform to address perennial flooding problems in Ibadan, the capital of Oyo State, making appeals to the Senate and to President Goodluck Jonathan.

In 2014, Senator Olufemi Lanlehin joined the Accord Party (AP) after the Action Congress of Nigeria (ACN) became defunct, following its merging with other political parties to form the All Progressive Congress (APC). In the 2015 General elections, SOLAN ran for the Oyo South Senatorial District under the Accord Party (AP).

He is married with 4 children. He is the Balogun Ijo of St Stephens’ Anglican Church, Nalende, Ibadan and the Ekarun Bamofin of Ibadan land. He is member of many golf and country clubs. He is currently the Oyo ADC governorship candidate. Last week, he spoke about his chances

The African Democratic Party (ADC)’s candidate, Senator Olufemi Lanlehin has said that he will win the March 2nd governorship election in Oyo State without his estranged political mentor ex-Gov. Rashidi Ladoja. Lanlehin made this assertion during the recently held 2019 gubernatorial debate of 105.5 F.M & Lagelu 96.7 F.M held at the International Conference Centre, U.I, Ibadan. When Lanlehin was asked whether he was dissapointed by Chief Ladoja’s action of dumping ADC for Zenith Labour Party and if he can win the coming governorship election without Ladoja, he was very optimistic in his response, “I take everything in my strides. You can bet it that I am going to win the election. Chief Ladoja is my brother, he is the Osi Olubadan of Ibadanland. I respect him. We have a beautiful relationship but I  can tell you that we have a fantastic party, ADC and we are going to win. Come March 2019 this is the Governor of Oyo State, “Lanlehin said.

Recall that Ex-Gov Rashidi Ladoja abandoned his political mentee, Lanlehin in ADC to go and pitched his tent with ZLP even after the later had been picked as the governorship candidate of ADC. While many were shocked with this decision by Ladoja, that what could have made him left the party when his preferred candidate has clichéd the party’s ticket. The Ibadan high chief has, however, said he left due to some gracious decisions that was about to be taken by the party. He claimed that there were indeed some invincible forces taking decisions within the party and that such decisions portend great danger for the party, which explains why he had to leave. He particularly laid emphasis on the choice of Deputy Governorship candidate, which he said was picked without consultations and involvement of key leaders of the party. That was the last straw that actually broke the camel’s back.

Some prominent members of ADC in Oyo State has since debunked his claims however. They accused him of imposition and overdonineering on the party, which has initially resulted into many litigations that followed the emergence of Senator Lanlehin but now that Ladoja has left ADC for good however, Lanlehin and his party are not ready to leave anything to chances. As he had said it times without number, that he is in for a serious business. In his words, “I am not a politician of bread and butter, I want to deliver service.

Lanlehin will be banking on the popularity of his party, ADC in the state and some bigwigs in the party. The party now has good numbers of aggrieved politicians who defected from the ruling party in the state, APC. His political goodwill and the division within the opposition parties may also work in his favour as it has been predicted by some political watchers. On the party list of top politicians are the likes of the incumbent senator representing Oyo South in the Upper Chamber, Senator Soji Akanbi; Oke-Ogun popular politician, Chief Michael Koleosho; Hon. Wasiu Olatunbosun; Oyo House of Assembly Deputy Speaker, Abdulwasi Musa; Senator Monsurat Sunmonu and many others.

Barr. Olufemi Lanlehin is not new in Oyo politics, he was elected as the senator representing the Oyo South senatorial district in 2011 under the platform of the Action Congress of Nigeria. In 2014, Senator Olufemi Lanlehin joined the Accord Party (AP) after the Action Congress of Nigeria (ACN) became defunct, following its merging with other political parties to form the All Progressive Congress (APC). In the 2015 General elections, SOLAN, as he is popularly called by his  political admirers, soughted to be re-elcted as the Senator for the Oyo South Senatorial District under the Accord Party (AP), he lost to Senator Adesoji Akanbi of the All Progressive Congress. He served as Special Adviser to the former Governor of Lagos State and National Leader of APC, Asiwaju Ahmed Bola Tinubu in 1999. Lanlehin is well read and exposed.

With Femi Lanlehin’s rich C.V and political goodwill and background, people are keenly watching whether is going to pull a surprise without his political mentor, Senator Rashidi, as people of Oyo State decide who occupies the Agodi Government House in the four years after the March 2nd governorship election in the state.

‘You have no moral right to attack INEC Chairman’, Adebayo Shittu Slams Oshiomhole