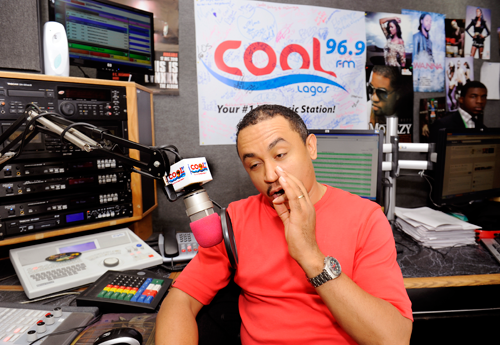 While speaking in an exclusive interview with SaharaReporters, controversial Lagos-based on-air personality, Ifedayo Olarinde popularly known as Daddy Freeze, continued on his warpath with Nigerian preachers as he claims that there is no Muslim cleric who owns a private jet.
Daddy Freeze who in recent times, has been tackling Nigerian preachers for their ‘excessive display of wealth’ and asking their members to pay tithes while they (the preachers) seem to get richer from the money collected, maintained that he is only trying to preach the truth about Christianity, and is after pastors who preach mostly about prosperity.
The Cool FM Lagos OAP mentioned that the ‘Yahoo’ pastors appear to be filled with greed, stating that as far as he can tell, no Muslim cleric in Nigeria actually owns a private jet like some of their Christian counterparts.
Freeze who backed up his claims against tithing from the Bible said there was no evidence of Jesus and the 12 disciples collecting tithes from anyone.
See video of him speaking below:
I’m After Prosperity ‘Yahoo’ Pastors, There is No Muslim Cleric Who Owns a Private Jet – Daddy Freeze (Video) was last modified: November 3rd, 2017 by Arinze Ago

How To Apply Cologne – An Expert...