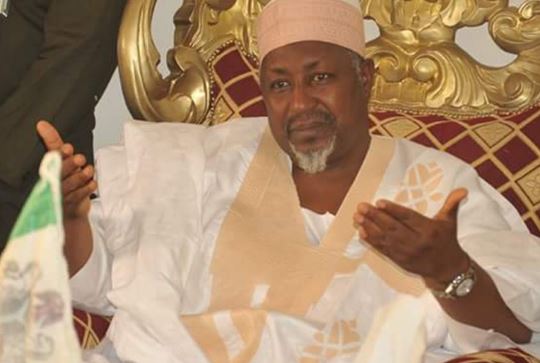 The Independent National Electoral Commission, INEC, has presented certificates of return to the Jigawa state Governor-elect, Muhammad Badaru Abubakar and 30 members of the state house of assembly.

INEC commissioner, Muhammad Isah, said the elected governor and lawmakers were given the certificates of return following their victory in the just-concluded governorship and state assembly elections.

Isah charged the elected members to work harder to fully represent the electorates.

Governor Badaru, in his vote of thanks, commended people of the state, INEC and security agencies for the successful conduct of the general elections.

He explained that in the just-concluded election, Jigawa state was the best in terms of peaceful coexistence where zero violence was recorded throughout the process.

He thanked parties that participated in the election for working hand in gloves to ensure violence-free elections.

He also thanked all the parties for conducting themselves orderly during the elections, and pledged to continue advocating for peaceful coexistence for the development of the state.

Recall that the All Progressives Congress, APC, had cleared the governorship election and all 30 seats in the state house of assembly in the election conducted on 9th March, 2019.