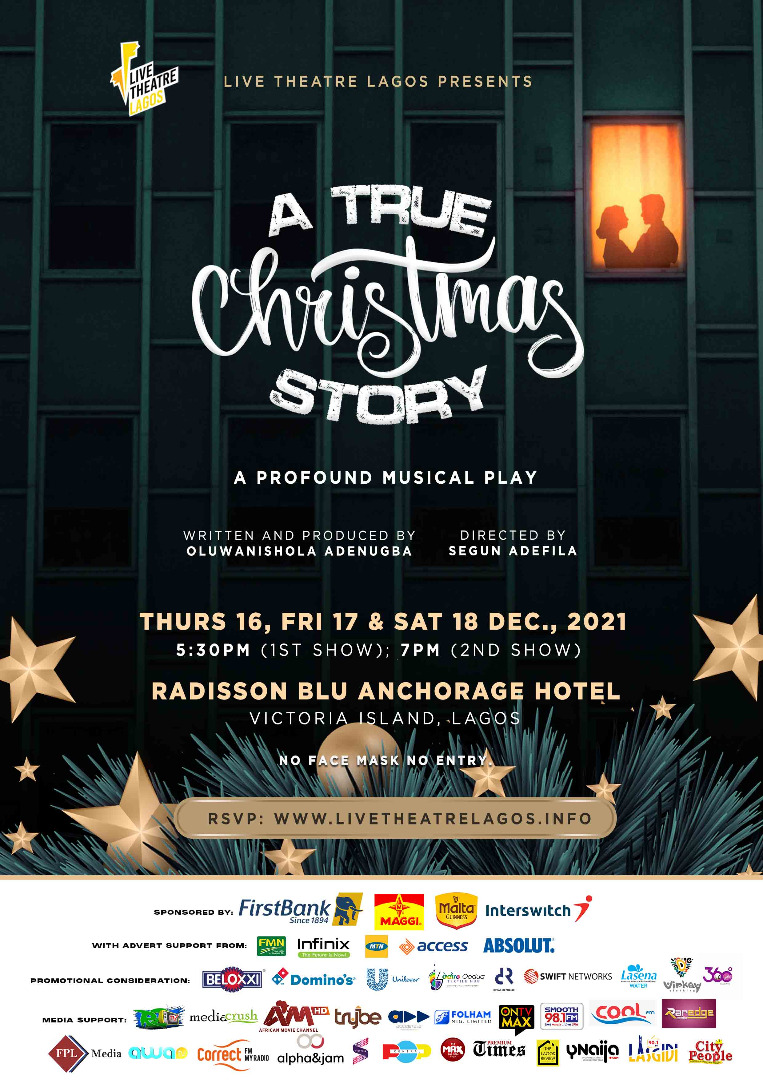 All is now set for the commencement of the musical theatre ‘A True Christmas Story’ curated by the foremost production company, Live Theatre Lagos and powered by Infinix mobile, the play expected is to run from Thursday, December 16, 2021 till  Saturday, December 18, 2021,  at Radisson Blu Anchorage Hotel, Ozumba Mbadiwe Avenue, Lagos.

Stylised as #ATXS, the show is a profound musical that re-imagines one of the greatest love stories ever told, as a theatre experience. It showcases a fictional account of the milieu in which Joseph meets Mary and the dramatic events that led up to the birth of Jesus with the eventual commencement of the Christmas years afterward. Modelled for the Nigerian audience, #ATXS is presented in Pidgin English with razzmatazz, riveting music and choreography.

Balogun Akin Oshuntokun Celebrates His 60th With A Lecture in Lagos.