Insight on how new IGP stopped Imohimi’s redeployment from Lagos 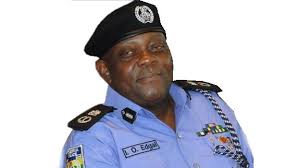 A statement from the Lagos state police command has indicated that the acting Inspector General of Police, Adamu Mohammed, was the one who stopped the redeployment of the Commissioner of Police in the state, Edgal Imohimi.

Imohimi was meant to hand over to the new Commissioner, Kayode Egbetokun, today January but the handing over was stopped after a call from Abuja.

A statement released by the command’s spokesperson, Chike Oti, this evening, says the acting IGP ordered that status quo be maintained with regards to who leads the state command. Read the statement below

”The Lagos State Police Command wishes to inform the general public that the Inspector General of Police has graciously suspended the planned redeployment of the Commissioner of Police, Lagos State, Edgal Imohimi, from the command.

The IGP, in his wisdom, said the status quo should be maintained.
The CP, who is well known for his discipline and respect for orders, was about handing over to Mr Kayode Egbetokun on Tuesday when he received the directive to suspend the ceremony and await further instructions.

As a command, we thought it necessary to inform the people of Lagos that the CP, Edgal Imohimi, going by this development, remains the head of the police in the state.

While humbled by the decision, the CP wishes to assure the people of Lagos that their safety and security remains his priority;;.