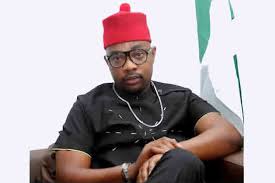 Would it be far fetched to say that, the drama in the Nigeria political sectors just keep heating up every day, just a sthe elections draw near.

There are indications that the Coalition of United Political Parties (CUPP) is at it again, with its constant attack on the APC-led Federal Government.

The latest accusation comes ahead of the reconvening of the Senate on Tuesday to discuss the suspension of the Chief Justice of Nigeria, Walter Onnoghen.

The CUPP accused the Nigerian government of bribing lawmakers with $15 million to effect leadership changes in both legislative houses.

Particularly, the opposition parties said each APC senator would receive $70,000 while their House of Representatives counterpart would get $40,000 each as bribes.

In the House of Representatives, the Coalition, which consists of over 50 political parties, also alleged that Femi Gbajabiamila and Abdulmimin Jibril would be announced as Speaker and Deputy Speaker respectively.

CUPP Spokesperson, Ikenga Ugochinyere, revealed this at an emergency press conference on Sunday.

He disclosed that intelligence at his disposal revealed that opposition lawmakers like Senate President, Bukola Saraki; his deputy, Ike Ekweremmadu; as well as Ben Murray-Bruce, Dino Melaye, Biodun Olujimi, Dogara, Kingsley Chinda, Nnena Ukeje among others would be stopped by security agents from gaining entrance into the National Assembly on Tuesday.

He also fingered APC National Chairman, Adams Oshiomhole; National Leader of the party, Bola Tinubu, Ovie Omo-Agege and George Akume as those behind the plan.

“The members of the House who are part of this plot to destroy democracy include Hon Femi Gbajabiamila, Hon. Abdulmimin Jubril and Hon. Agbonayima.

“To ensure the plot goes successfully, the Federal Government has mapped out the sum of $70, 000 for each Senator and $40,000 for each House member for what it called welfare since majority of them will be compelled to be in town suddenly.

“The money for the bribes have already been released to Senator Lawan and Hon. Gbajabiamila for onward distribution to their members as they return.

“The money amounting to $15 million ($8 million for the House and $7 million for the Senate) was sourced from NNPC, CBN, NDDC, NPA, NIMASA, a commercial bank and a company the owner of whom is a member of the cabal,” he stated.

He added that thugs have been mobilised from Plateau, Kwara and Kogi to mount protest at the gates of the National Assembly and have the approval to attack and disperse any group that come to hold a counter rally.

The CUPP wants Nigerians to rise up and defend the nation’s democracy.

They, however, did not explain how exactly, they want the masses to intervene in a political war that they have never been beneficiaries.

Why I Am So Confident Of Winning OYO Guber Race

Why Many Naija Guys Abroad Are Killing...