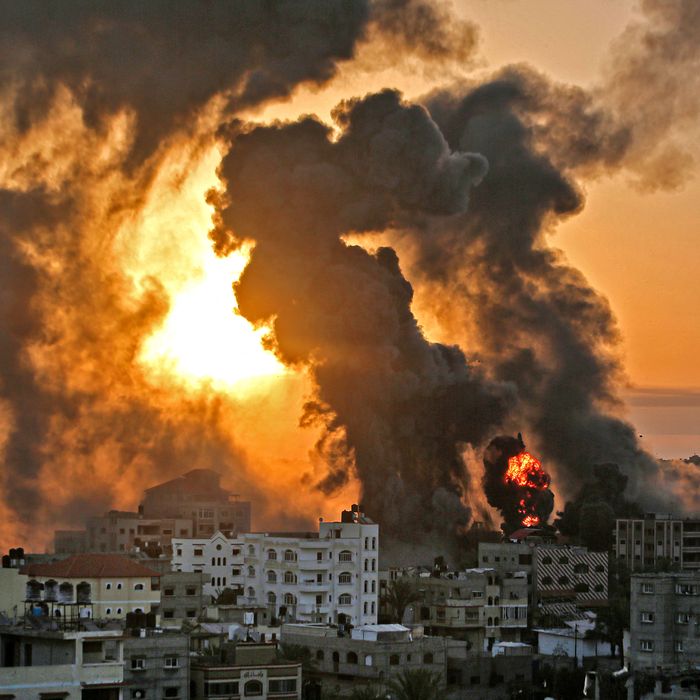 A ceasefire between Israel and Hamas, the Islamist movement which controls the Gaza Strip, appeared to hold Friday after 11 days of deadly fighting that pounded the Palestinian enclave and forced countless Israelis to seek shelter from rockets.

Gaza City was quiet under a cover of fluffy clouds, with only a thin column of smoke wafting into the skies after Israeli air strikes came to a halt, an AFP journalist reported.

Celebrations were heard on Gaza streets in the minutes after the truce began as cars honked their horns and some guns were fired in the air, AFP journalists reported, while in the occupied West Bank, joyful crowds also took to the streets.

With no alerts sounding in Israel to warn of incoming Hamas rockets, calm reigned across much of the Jewish state.

Residents on both sides of the conflict voiced relief that a ceasefire had taken effect.

“It’s a good decision to be honest with you because people from both sides are done with what’s going on,” said Amwrah Dana, a Palestinian resident of Jerusalem.

In Tel Aviv, Avital Fast said he wanted to be optimistic about the ceasefire. “I really hope that it will remain because the only thing that we want here is to live our life without any alarms or fire.”

The truce brokered by Egypt, that also included Gaza’s second-most powerful armed group, Islamic Jihad, was agreed following mounting international pressure to stem the bloodshed which erupted on May 10.

“I believe we have a genuine opportunity to make progress and I’m committed to working toward it,” Biden said at the White House, hailing Egypt’s role in brokering the agreement.

A statement from Israeli Prime Minister Benjamin Netanyahu’s office said the security cabinet had “unanimously accepted the recommendation of all of the security officials … to accept the Egyptian initiative for a mutual ceasefire without pre-conditions”.