Home Sports “It is not the way to behave” – Tottenham Boss, Pochettino Apologises To Ref Mike Dean
Sports 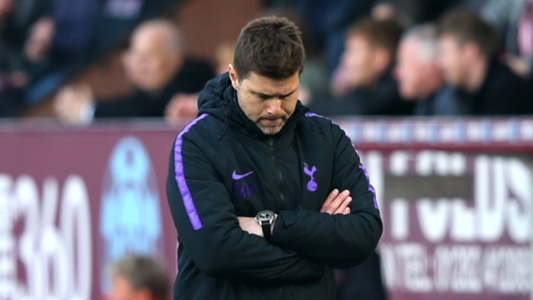 Tottenham manager Mauricio Pochettino has issued a public apology to referee Mike Dean after angrily confronting the official at the end of his side’s 2-1 defeat at Burnley.

The 46-year-old Argentine, who also argued with the fourth official during the match, had already admitted he “crossed the line” with Dean.

He has been charged with improper conduct by the Football Association over the matter.

Addressing a news conference before Wednesday’s Premier League game against Chelsea, Pochettino added: “Watching my behaviour afterwards on video, I need to accept the charge from the FA. I need to apologise to Mike Dean, I cannot behave in that way.

“My behaviour was public and now I want to apologise in a public way. I need to apologise to him and all of the officials.”

Dean has been moved from his fourth official duties for Spurs’ game at Chelsea (20:00 GMT).

Pochettino would not reveal what Dean had said to him during their altercation on the pitch after Saturday’s game.

“No, all that happened on the pitch stays on there,” he said. “I think that is the most important, we need to accept that we are with our emotion.

“For me, it’s not important, I don’t take it personally. When your heart rate is so high you need to be careful how you take words. All that happened on the pitch, I’ll never translate off it.”

“It is not the way to behave” – Tottenham Boss, Pochettino Apologises To Ref Mike Dean was last modified: February 26th, 2019 by Damilare Salami