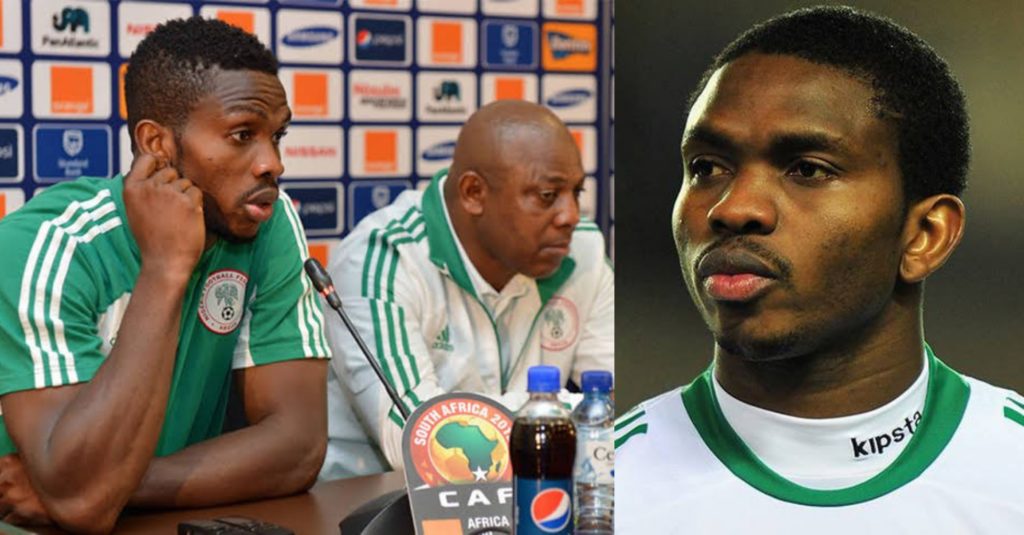 Former Super Eagles Captain, Joseph Yobo has posted an emotional tribute to Stephen Keshi, who passed away on June 7, 2016.

Keshi – the only man after Mahmoud El-Gohary to win the Africa Cup of Nations as a player and coach – passed away after suffering a heart attack at the age of 54 on this day four years ago – six months after losing his wife Kate to cancer.

Yobo developed an incredible bond with the ‘Big Boss’ during his time as Super Eagles coach, having captained his team to winning the 2013 Afcon staged in South Africa.

Also, he played a key role in his side’s 2014 Fifa World Cup outing where the three-time African champions bowed out to France in the Round of 16.

Sunday marks the anniversary of Keshi’s passing and the ex-Everton defender, who is now Nigeria’s assistant coach, took to social media to share a moving tribute to his former international coach and one of his football role models.

“Dear coach, it’s been four years today since you left us to rest with the Lord. You are deeply missed but your legacy lives on! Rest on the Big Boss,” Yobo wrote on Instagram.

Keshi made his Nigeria bow in 1981 at the age 20 and only drew the curtain on his international career after garnering 64 caps and nine goals.

He led Clemens Westerhof’s Eagles to a triumphant Afcon 1994 outing as well as their maiden Fifa World Cup appearance in the United States of America in the same year.

After his playing career which saw him represent ACB Lagos, Africa Sports, Lokeren, Anderlecht, RC Strasbourg and Sacramento Scorpions, he went into administration and helped Togo qualify for the 2006 World Cup, although he was replaced by Otto Pfister a few months prior to the championship.

He also led Mali to the 2010 Afcon in Angola. There, they crashed out of a group that had Angola, Algeria and Malawi.

Worst Of COVID-19 Pandemic Is Over – Pope Francis