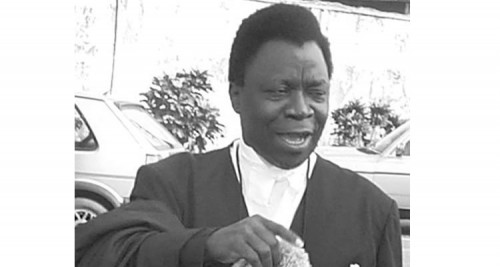 Dr. Olu Onagoruwa, a former Attorney General of Nigeria and human rights activist has on early Friday morning at the age of 80.

He was appointed the Attorney General and Minister of Justice of the Federal Republic of Nigeria in 1993 and was further appointed as the African representative to the body that drafted Ethiopia’s constitution in that same year.

He wrote several books and has to his credit over 250 published articles.

He held a doctorate degree in Law.

SEE ALSO: THREE SECONDARY SCHOOL PUPILS FAKE THEIR OWN KIDNAP TO DEMAND N550,000 FROM THEIR PARENTS IN ENUGU

Why I Changed My Style Of Dressing...