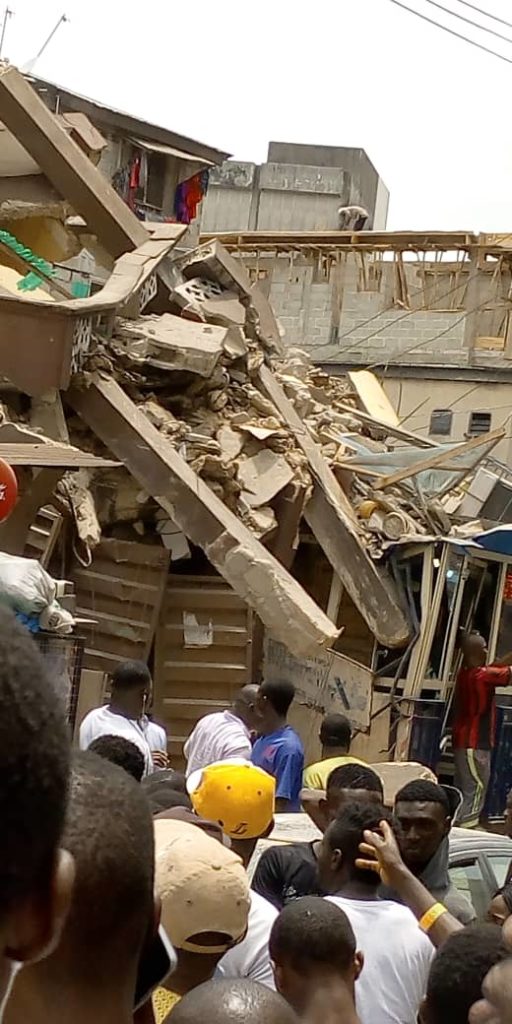 A two-storey building has partially collapsed at No. 9, Adio Street, in the new garage area of Gbagada, Lagos State.

The incident happened in the early hours of Thursday.

Rescue efforts are underway as many are feared trapped according to report. Two persons rescued so far.

Just In: Many Trapped As Two-Storey Building Partially Collapses In Gbagada was last modified: August 1st, 2019 by Damilare Salami