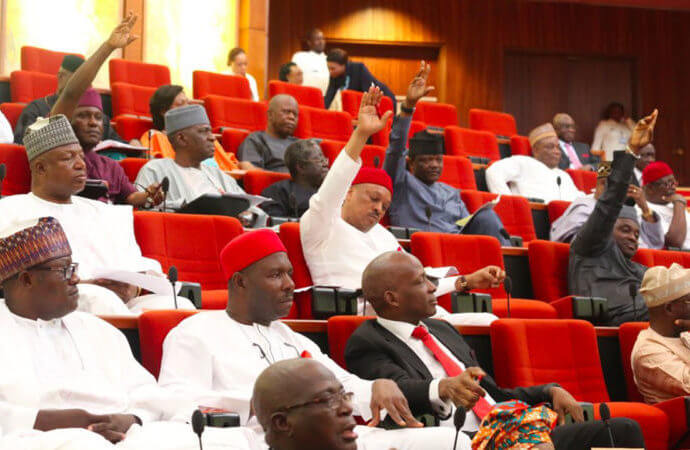 Bamidele Oleyelogun, the newly-elected speaker of the Ondo state house of assembly, has decamped to the All Progressives Congress (APC) from the Peoples Democratic Party (PDP).

Oleyelogun, who represents Ifedore constituency, polled nine out of 13 votes ahead of Olamide George, his rival, who got four votes.

Oleyelogun, accompanied by some principal officers of the house, made the announcement at a news conference on Monday in Akure.

He added that he would be decamping officially with some other members on Tuesday.

“We are here today to signify our intention to join the ruling party, APC. The other ceremony will be done tomorrow (Tuesday),” he said.

“At the national level, they have factionalised our party. The same scenario is also at the state level. This declaration is for our followers and those we represent.

Ogundeji Iroju, the newly-elected deputy speaker, representing Odigbo constituency II, said people should not be surprised by their move to cross to the ruling party.

Iroju said it became imperative for them to cross to the ruling party because the PDP was in a serious mess.

He added that it was the APC that could deliver good governance to the people of the state.

Abegunde said the more the members of the party in the state, the more the party would be growing in confidence, to deliver the electoral promises to the people.