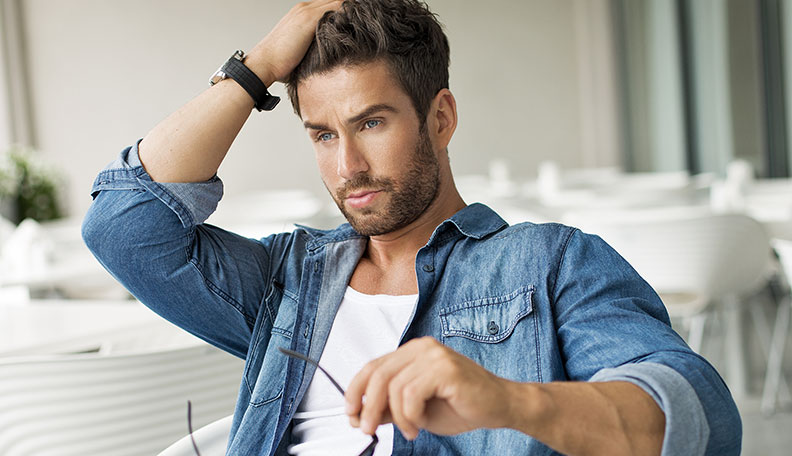 Men cheat because they want to sleep around, right? Actually, in the mind of a man, you’ll be surprised that there’s more to cheating than just sex.

When it comes to male cheating, common knowledge – or as we call it, stereotyping – denotes that men usually cheat out of a need for sex. Scientific findings unearthed several years ago proved that fact. This year, new findings from a research done by a psychotherapist, Gary Neuman and his colleagues gained popularity, and it’s saying that sex isn’t the main or only reason why men cheat.

Why do men really cheat?

Because of our misconceptions about why men cheat, women decided to use methods to counteract the event by focusing on their physical appearances and sexual prowess. Unfortunately, that is probably the reason why men have been cheating more since the last time the phenomenon was studied.

The new findings suggest that the reason why most men cheat is because of emotional reasons. Men are apparently more sensitive than they make themselves out to be. They need constant attention and praise. A lack of either of those makes them appreciate people who do. Those people are the ones that they usually cheat with.

If we’re more concerned about our appearance and their attraction to us, it comes as no surprise that we would be falling short of our roles as their supportive partners. By focusing more on ourselves, we start to lose interest in our partner’s lives. We start to become obsessed with how they perceive us, just to prevent them from cheating.

We also used to think that physical attraction played a vital part in cheating, but 88% of the men surveyed admitted that the women they cheated with were less attractive than their partner. This could mean that a man might be looking for someone less attractive because they think that person is more likely to compensate for their physical shortcomings through love and affection.

Aside from that, men are apparently more likely to cheat when enablers are around. Approximately 77% of the men in the study said that they had friends who were also cheaters. Friends like those are usually the ones who cheer them on and give them advice on how to cheat.

Sadly, it’s something that we have little control over. If the guy has a shallow relationship with the enabler, the ties would be easy to sever. If it’s a family member or best friend, your man has to take care of it with a little help from you.

Why do men need praise and admiration?

It’s not a big secret. There is no isolating factor that makes men needier than women. As human beings, we are all subjected to bouts of insecurity and self-esteem issues. It could be borne out of a specific type of upbringing or it can be caused by the events you experienced prior to dating your partner.

A person’s need for admiration and praise is directly related to the amount they received when they were younger and as they continue to grow. If a person received excessive attention and praise, they are more likely to act out when they don’t get enough of what they’re used to. If a person hasn’t had enough of it while they were growing up, they could unconsciously be asking for it by acting out.

There is no perfect formula that can tell you whether the amount of attention you’re giving to a person is enough. You can’t monitor every event in your life to prevent this from happening, but you can control the situation once you’re presented with a dilemma like cheating.

The point is that men want to feel wanted. They want to know that you need them in your life. By appreciating them and acknowledging their accomplishments, you are essentially validating why you chose to love them.

Where do they find people to cheat with?

You can blame all the bars and clubs in the world, but a man can choose to have an affair with anyone, anywhere. Most men don’t go out of their way to find someone to cheat with. They could meet someone at a coffee shop or a video store. If they’re feeling brave, they could even try an online dating site, just to see what’s out there.

According to Neuman, 40% of men end up cheating at work. This is where their accomplishments matter. Their colleagues and clients are more likely to acknowledge their achievements because it’s normal workplace etiquette. Of course, this includes female colleagues.

This is not to say that every woman who works with a man is a prime suspect for cheating. It’s just that the probability is higher because of proximity and frequency of communication. This could also be the reason why a lot of troubled marriages in the past blamed work for their problems.

Who do men cheat with?

The threat of a mistress isn’t based solely on their location. It’s in their personality. Most cheaters end up with women who are in a state of self-loathing. It doesn’t mean that they’re not proud of who they are or what they do in life. It just means that these women who knowingly go out with a committed man tend to consider their position in the relationship as subordinate.

They think that the man they are seeing has a lot to offer in terms of monetary or emotional stability. At least, that’s what they assume.

When these women encounter a cheating partner, they are more likely to give him more attention or praise because 1) They’re single and think they can get away with it, and 2) Giving compliments gives them a sense of power over the men they meet – which is something they crave.

The ones who have no idea they’re involved with a cheating man can only be held accountable if they find out about the truth and whether they can make the right decision about it.

How can you prevent your guy from cheating?

If you read Neuman’s book, The Truth About Cheating, you should be able to get an idea on what to do to prevent it from happening. Generally, the advice revolves around being more conscientious of your man’s feelings.

Since the reason most men cheat is a lack of emotional support, you can make a few changes just by giving them some attention. Here are some tips you can use to make that happen:

#1 Spend quality time together. If you spend more time with your partner, you can learn more about each other and stay updated with each other’s lives. This way, you’ll know if something’s bothering him, and if he needs a little more attention than what you’re giving.

#2 Be affectionate. For those of you who keep saying that you’re not an affectionate person? Think again. There may be some events in our lives that lead to us being aloof and guarded, but all of those hang-ups need to go when you agree to be in a relationship. Try to take some baby steps.A hug here, a kiss out of the blue there – the smallest things can actually make a huge difference.

#3 Appreciate his effort. I know it seems tawdry to cheer for the simplest things, but sometimes it can help you and your partner grow closer. This is especially important if you asked for a favour. Don’t be contemptuous and say, “So you finally did it.” Just be grateful and say a little “Thank you.”

#4 Congratulate him. It’s hard to compete with everyone in the world for every accomplishment, but we all have little victories to look forward to everyday in our lives. It could be a promotion, paying off the mortgage or losing that one stubborn pound. Whatever it is, it deserves a little cheer. No need for pom-poms. You can just say, “You are awesome!”

#5 Acknowledge him. He exists in your life. You chose to be with him. In order for your partner to know that you’ve got his back, he needs to see that you know what he’s here for. Let him into your life. Tell him what’s on your mind. Make decisions together. That’s how your partner will know that you’re always there for him.

Cheating is a deplorable habit that’s existed since ancient times. We can’t change what people have done, but we can take the necessary steps to fix what’s broken or prevent it from happening.

Scientists go out of their way to study these things to make life better for everyone. It won’t hurt if we do an experiment of our own and try to give a little more love to our partners.

More than Just Sex: An Update on Why Men Cheat was last modified: February 14th, 2017 by Arinze Ago

Painful Sex: 11 Health Reasons Why Sex is Painful for Men