Home Entertainment K1’s Wife, Love up in new picture with her new baby ahead of tomorrow naming
EntertainmentEvent and Party 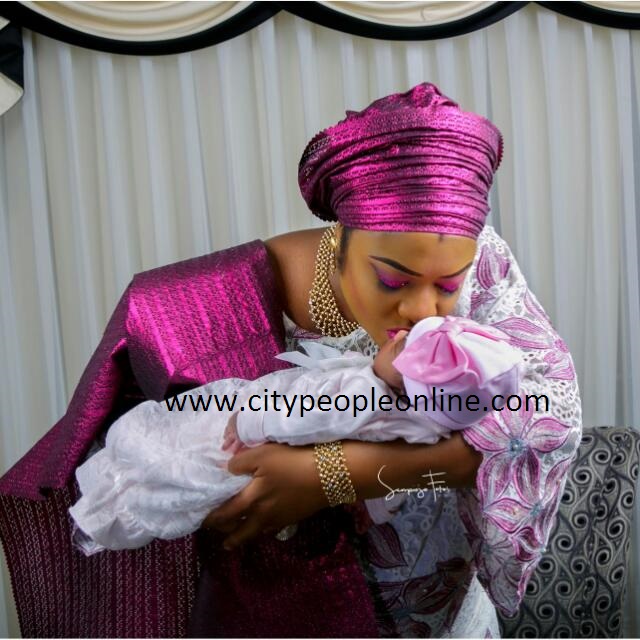 The Ojusagbola, Ijebu Ode mansion of Fuji Czar, King Wasiu Ayinde will be a beehive of act ivies tomorrow as the Fuji lord will not leave any stone unturned as he names his new baby. The tiny feet angel, birth by his lovable wife, Titi Anifowose Masha, will be named tomorrow according to the Islamic faith. The elated father has vowed to make sure his wife and best friend who he fondly called Opemi, who is still abroad, will watch the naming on video call tomorrow.

Another grand party will be held in the coming week when the mother and the baby are back in Lagos.

The beautiful mother was the cynosure of all eyes as she dazzles in a special French Lace from HKG textiles Swiss made, real Chantilly, colour is magenta and Ivory, while she takes the first photo with her new bundle of joy.

The photo was taken by Scopijo Photography, the Nigerian-American based celebrity photographer.

K1’s Wife, Love up in new picture with her new baby ahead of tomorrow naming was last modified: April 21st, 2017 by Abiola Orisile