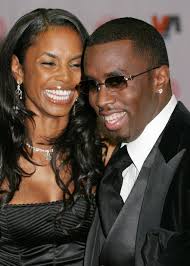 This was reportedly confirmed by the Los Angeles coroner’s office on Friday, January 25, 2019. The death of Porter at her LA crib took American celebrities by surprise especially Diddy who described her as more than a soulmate.

Diddy is spotted at the graveside where ex-girlfriend Kim Porter was buried.

Last November at the graveside where the deceased was to be buried, Diddy cuts a sad figure as he pondered about the devastating loss.

He shares that his ex is the “truest definition of a MOTHER” in a tweet he posted on Saturday, November 24, 2018, the day the former model was buried.

How I Hit It BIG Selling Forever Living Product