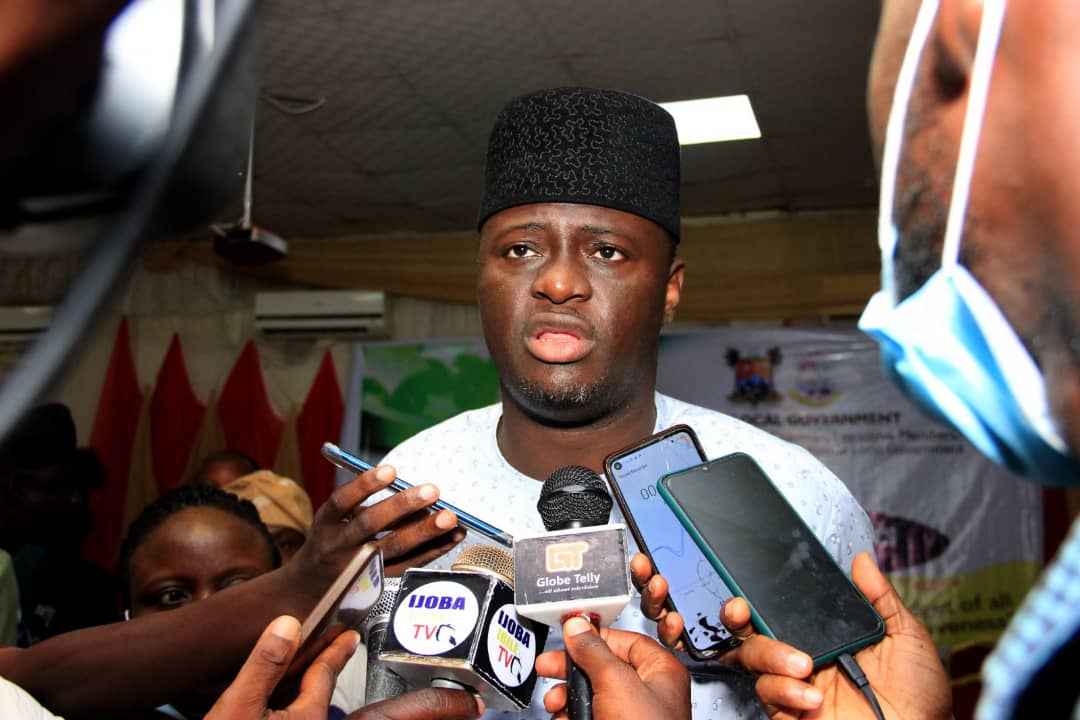 The Chairman of Kosofe Local Government, Honorable Moyosore Ogunlewe has led with giant strides since he came into office about four months ago. On Wednesday, December 15, 2021, the stakeholders in the local government gathered to discuss the budget for the incoming year and how to raise funds so that all the projects already embarked upon will not suffer setbacks.

Recall that while the chairman celebrated his 100 days in office, several projects were unveiled and he is not resting on his oasis until the dividends of democracy are fully delivered to the people of Kosofe. Community leaders, party leaders, security agents as well as councillors from each ward were among those that marked their presence at the meeting.

Tagged “Budget for all-inclusiveness”, the meeting witnessed different stakeholders in the council such as the council treasurer, head of the budget unit, head of the market women, Police DPOs across the council as well as many others presenting their needs to the chairman who revealed that all has been noted for actions.

Being the first edition of such kind of meeting in the council, it gathered an appreciable attendance and lived up to its expectation as it was not only well attended but also kept the mind of the people of Kosofe at peace because the chairman had proven to be a man of his words in the few months he has spent as the council boss.

While revealing why the meeting was held at this time of the year, the council chairman in his opening remarks explained by saying “in a simpler term, this meeting which is an interactive session is primarily designed to enable our people be part of whatever will be packaged in the Budget.  It is meant to bring people into the picture, the workings and dynamics of government and governance.

It will be recalled that in the past, government activities were shrouded in top secrecy and superimposed on the people without their inputs, but modern governance has changed this, the Administration of government is now an open book fo all of us to see and make contributions,  hence today heart to heart discussion.

All our robust deliberations today and the beautiful ideas will be incorporated into our fiscal planning. That is why we shall expect comprehensive debate and ideas that are community-based and People friendly.

Budgets of the past years have no direct bearing on the people and such financial planning have always been programmed for failure. You all will agree with me that this Top-Bottom Approach to budget preparations negates the principle of fair hearing, natural justice as well as the practice of true democracy.

Speaking to City People on what necessitated the meeting, the council chairman, Honorable Moyosore Ogunlewe said “it’s the budget we are talking about here so we have to get everybody involved. It is the taxpayers’ money that we are going to be using so we have to know what everyone needs. They also need to give their own quota back to the government. They need to tell us what they need so that we can do a good job. And also see how we can collaborate as a team.

Furthermore, Mr Ogulewe opined that his administration is bent on giving back to the people what their needs are. We will not give roads to communities that need boreholes nor will we give boreholes to those that need roads. So we came up with this idea to hear what the people want from us so that we can provide them as soon as we are able to.

Talking about how to generate revenues, Mr Chairman said one of the reasons for purchasing revenue busses in his first 100 days in office was to improve revenue generation in the local government. We want to ensure that all revenues are collected because we are working on a lot of projects that will need more funds. As far as I’m concerned, right now we are working on about 10 roads and we are almost done. So, it’s important for the people to pay their taxes as much as they can so that we can do a whole lot more for them. For me, I believe that the people could monitor their taxes and see what we are doing with them and Kosofe will be the most beneficial for it.

Some of the royal fathers spotted at the event are Oba Nojimu Akinwunmi Fashola, and the Ologudu-elect of Ogudu, HRM, Oba Jimoh Adewale Cole, the Olojota of Ojota.