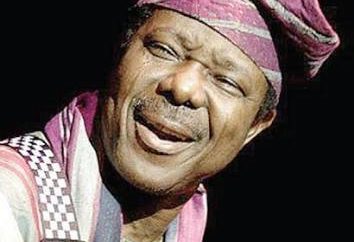 Last week, February 14 to be precise, the founder and leader of INRI Evangelical Spiritual Church, Primate Ayodele Elijah, held his birthday celebration and Annual Thanksgiving programme. It is on this day, every year, that the popular prophet takes his philanthropy to another level. Every now and then, throughout the year, he is often involved in one philanthropic activity or the other. But on his Annual Thanksgiving programme which comes every February 14, Valentine’s day, he is at his philanthropic best. For him, it is not really about having a lavish celebration of his birthday, but it is more about how well he can put smiles on the faces of people around him. He literally throws everything he’s got into making sure he meets every single one of his philanthropic targets for the event. The widows, the aged, students in need of grants for their education, those in need of money to pay their rents, funds for those intending to go on pilgrimage to Jerusalem and Mecca, journalists, entertainers, you name it. He touched everybody. From car gifts to cash gifts, freezers, generators, plasma televisions, grinding machines the man of God showed an uncommon display of generosity and compassion towards the needy. This is why many watched with both disbelief and admiration when he was handing out car keys, large envelopes filled with cash, four brand new tricycles (Keke Marwa) to the lucky beneficiaries.

But the man who stole the show was the King of World Beats, King Sunny Ade. He is a long time friend of Primate Ayodele. They have been friends for decades. He, it was, who told Primate Ayodele several years back when he was just starting his church, that he saw INRI spreading far and wide and acquiring more land to accommodate the astronomical growth of the church. Some years down the line, his prophecy came to pass. INRI Evangelical Spiritual Church has grown far beyond the dreams of the founder, Primate Ayodele. It is as a mark of gratitude for his enduring vision that the renowned man of God decided to honour KSA at this year’s Annual Thanksgiving. The event also had in attendance the charismatic Bishop Tom Samson of Royal Christ Family, the President –General of the Nigeria Supporters Club, Dr. Rafiu Ladipo, Pa Adebanjo, Abiola Lola –Edewor, Hon. Jude Idimogwu, the Lawmaker representing Oshodi-Isolo Constituency, Evangelist Dare Melody, and many others. It was a jam-packed ceremony, hundreds of people turned out to celebrate and honour a man who has shown to Nigerians time and time again that he is not a regular prophet, he is a special kind, the kind that has come to make a difference in the lives of the people and in his prophetic calling as a minister of God who consistently churns out some of the most groundbreaking prophecies we have ever heard.

City People’s Senior Editor, WALE LAWAL (08037209290) who himself was one of the journalists singled out for appreciation by the Primate at the event, brings you a brief summary of how things went down at the memorable event.

Many were surprised to see the King of World beats arrive well before the event officially started. He came in well dressed in his well-cut native outfit. And he was looking extremely fresh and way younger than his real age. He came in amid loud cheers and applause as he was led to his seat by the Primate. And trust KSA, he acknowledged the cheers from the crowd with a continuous slight bow of the head as he waved at them with his trademark smile on his face. Not many expected he would arrive that early, his humility impressed many of those in attendance. And, unlike many A-list celebrities, and even those who are far from his celebrity status, who arrive at events, only to leave a few minutes after under the guise that they have other important functions to attend, KSA stayed all through the event.

He needs no introduction, Soji Omotayo is the Emcee extraordinaire who has continued to excel both as a broadcaster and an event compere. It is expectedly easy for SOJ as he is fondly called to have a firm grip of events he comperes owing to his solid experience as a broadcaster. He is no stranger to Primate Ayodele. He has, in the past, anchored several other events organized by INRI Evangelical Spiritual Church.

He is a man who has been through a lot in life. And he never forgets those who helped him along the way. Indeed, he could make a whole book out of his numerous life experiences. The enigmatic Primate Ayodele, in his welcome address, thanked all of his guests who had honoured his invitation and shared private moments of how he had received one form of support or the other from people, especially those who believed in him, supported the church and his dream. This was promptly followed by the presentation of scholarship grants for students whose parents have difficulty seeing them through school.

PRESENTATION OF GIFTS KICKS OFF

The business of the day proper began with the presentation of the four tricycles to the lucky beneficiaries. As one would expect, the four lucky beneficiaries, all men, were overjoyed. They pushed their way through the thick crowd to get to the stage when their names were called. They simply could not believe they had been empowered with a brand new Keke Marwa by the kind-hearted Primate.

The President-General of the Nigeria Supporters Club was called upon to make a presentation of cash awards to the widows. But before he dived into the presentation proper, he endorsed the accuracy of Primate’s prophecies when he revealed how he had contacted the Primate to find out how well the Super Eagles would perform at the just concluded African Nations Cup. He recalled that the Primate had told him in very clear terms that the Super Eagles would not go beyond the round of 16. He commended the man of God for his philanthropic gestures and urged him to remain steadfast and continue to do what he’s doing.

Other presentations such as the support given to those going on pilgrimage to Mecca and Jerusalem free of charge, employment opportunities were given to several unemployed members of the church, there was the announcement of the support of N1 million naira to churches, accommodation support was offered by giving beneficiaries cash to go and pay their rents, industrial machines, grinding machines, freezers, etc, were given to those who needed them and they all went home with joy in their hearts and never-ending gratitude for the remarkable man of God known as Primate Ayodele Elijah.

KSA was called upon to make a presentation of empowerment funds to some selected journalists and car keys to the lucky beneficiaries. Veteran journalist, Charles Okogene, was the first to be handed his car key. It was an elated Charles Okogene who raced excitedly to the stage and shouted praise the Lord! Another female journalist was gifted a car by the Primate, followed by Evangelist Dare Melody, who has also presented a car key by King Sunny Ade.

Apart from the car gifts given to the musicians and journalists, several members and non-members of Primate’s church went home with smiles on their faces after benefiting from Primate Ayodele’s philanthropic largesse. About 1000 JAMB/WAEC/GCE forms, four tricycles, relief materials, accommodation fees, tuition fees, refrigerators, grinding machines, many others were given out to celebrate the prophet’s annual thanksgiving.

Furthermore, Primate Ayodele commissioned a self-sponsored road construction worth millions of naira in the community to celebrate his annual thanksgiving day.

Finally, the moment everyone was waiting came. All the guests in attendance were all hoping that KSA would oblige them with a few minutes’ performances before leaving. But the king of world beats surprised everyone. He gave much more than a few minutes’ performances. He was on the stage for more than an hour or possibly more. It was such a scintillating performance as KSA showed why he is an Icon and a world-renowned entertainer. His voice was still as smooth and melodious as it used to be years ago. And the crowd loved every moment of it. He dished out an array of some of his old hits one after the other to the delight of the hundreds of guests seated who couldn’t help but get up from their seats to dance to the beats of the king of world beats.

Without a doubt, everyone who attended had a great time. There was plenty to eat and drink as every guest in attendance was served a branded carrier bag that was filled with a pack of food, drink, water, souvenir, etc. And of course, many left with gifts items they didn’t expect they could go home with.

READ ALSO: I AM THE FIRST WOMAN TO DRIVE TAXI IN NIGERIA – MADAM MOJISOLA ODEGBAMI