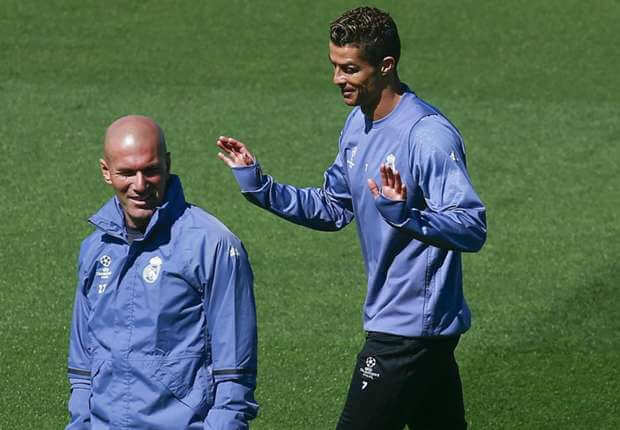 Zinedine Zidane stunned journalists in Malaga when he declared  winning LaLiga is more important than winning the UEFA Champions League. As the coach of Madrid, since he replaced Rafa Benitez, he had won almost everything that needed to be won.

“This is my happiest day as a coach. I have won everything with this club and winning LaLiga is the best”, the Frenchman said.

Zidane had cause to prefer La Liga trophy more than any other. The Whites have not won it since 2011/2012, leaving Barcelona to dominate.  Thus winning it and dethroning Barcelona  became very special.

“We’ve achieved this by really working hard, over the course of 38 match days. The Spanish top flight is the toughest in the world. It is an important moment for me as a coach. The key of the success lies in the group. They have been united all season and that was the key for this LaLiga campaign. Everyone deserves praise, but above all the players deserve it. They believed in the message I told them,” he said.

“It is the players who are out there on the pitch, they play and suffer. There are 24 of them, it is difficult to give them all the same number of minutes, but they are key. The success is down to the work they put in and the belief in what they do. If you work hard, with this squad I was able to win LaLiga, and that is not an easy feat”.

Here are the other things Zidane said Sunday night:

“I am really happy and pleased. I’m happy to win LaLiga. We have played 38 match days and come out on top. This is the happiest day of my professional life, it feels different. We won the last games against Sevilla, Celta and Málaga. We struggled throughout the LaLiga campaign, but these three games were key”.

“As the Real Madrid coach, you know what the expectation levels are like. I like it. Now we’re going back to Madrid and to Cibeles to see the fans, who have to see their team. I dedicate this title to all the madridistas and to those who have been behind the team. On a personal level, this is for my family and my brother, the eldest. Although he will not understand what I’m saying in Spanish”.

“I’ve suffered every three days, every game. There’s a lot of tension. We live for this and I’m passionate about what I do. After nine months we’ve won the league and after four years it’s hard to put it into words”.

“They played their game. They’re a good team and they’ve won a lot of games of late. We knew it would be difficult but we scored right away and that made things easier for us”.

“I’m not going to think about Cardiff yet, I’m just going to enjoy what we’ve achieved. When you start the season you know that LaLiga is your bread and butter. I could get up and dance right now but I’m not going to, but I’m really happy inside”.

How IBIDUN IGHODALO Dazzled Them In MINNA •At IBB’s Daughter, HALIMA’s Wedding