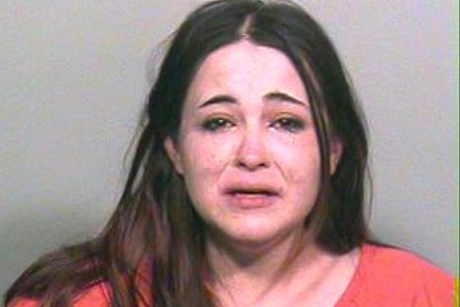 Yeah, this is a mental case. A New Mexico lady has finally found herself locked behind bars by officers of the Albuquerque Police Department in what could be the most extreme case of stalking ever recorded in the history of the world.

Linda Murphy, who has an history of obsessive compulsive behavior, would have badly taken her breakup with William Ryans, with whom she had had a relationship for three weeks. She is accused of using up to three phones at once to call him, 24 hours a day,  on his cell phone, home number and at work. The woman would have ingested large quantities of energy drinks and amphetamines to remain awake and would have gone sleepless for a week, calling her ex nonstop.

“My client is profoundly relieved that Ms. Murphy is finally behind bars” stated the plaintiff’s lawyer, J.D. James Kilroy. “He hasn’t been able to sleep, work or enjoy life in any way, for more than a week. He was having a hard time thinking clearly and was nearing depression, it was about time the harassment ceased. Now all we want is for Ms. Murphy to get the medical help she needs, and for the law to keep her away from my client.”

The accused is expected to appear in the state court in Albuquerque, and most experts presume that the judge will order a psychological evaluation of the woman to determine if she is capable of standing trial

THE SARAKI LED SENATE: A MIDTERM ASSESSMENT By Omoshola Deji