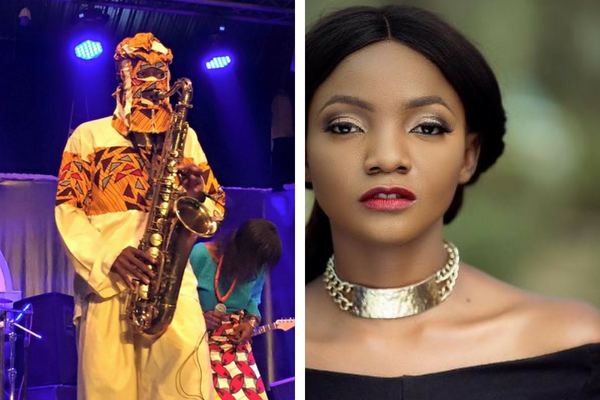 This time, he will be performing alongside Simisola Ogunleye at the Johnnie, Jazz & Whisky concert.

The event which will take place on Saturday will feature live performances from the ‘Konko Below’ and ‘Joromi’ singers.

Guests will be treated to various side attractions as they share in the delight of Johnnie Walker Black Label’s distinctive flavours – fruity, tropical, creamy & smoky.

Taking place at Central Park Arena in Abuja, the Johnnie, Jazz & Whisky concert will see Lagbaja give his first performance in years.

YOU MAY ALSO LIKE: POLICE ARREST 11 KIDNAPPERS IN PORT HARCOURT

With a career almost three decades long, Lagbaga has become an icon in Nigerian music history.

Respected for his musical prowess, the singer is more recognisable for his masks which he says is an “icon of man’s facelessness”.

READ ALSO: YEMI ALADE RELEASES DATES OF HER TOUR TO CANADA, US

Why EBENEZER OBEY Has Not Slowed Down…