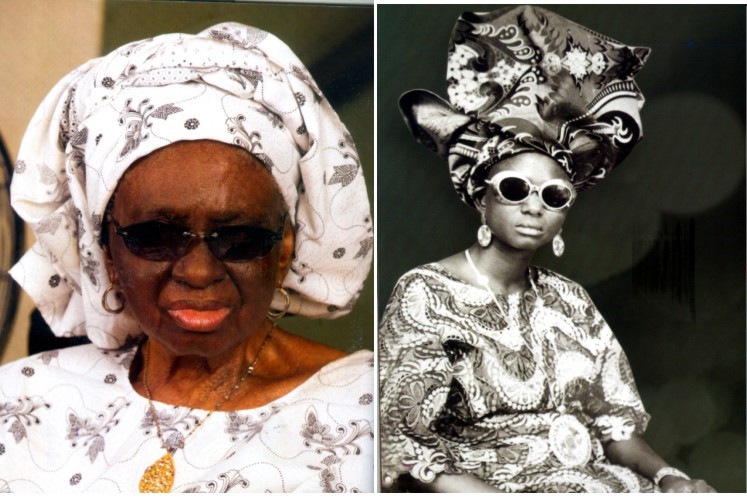 Until her death a few weeks back everyone called her Mama Wa. A few days back, the remains of late Madam Felicia Akanke Obasa (nee Shodunke) 1930-2018 was laid to rest. She died at 88. She was the mother of former Onigbongbo LCDA boss, Hon. Idowu Obasa. Her celebration of life started with the Service of Songs/Wake Keep on Thursday 15th Nov. 2018 at 6 Green Park Estate, Alexander Avenue, Oko Oba. Than the Church Service took place next day Friday 16th November 2018 at Mountain of Salvation Pentecostal Church, Ogudu Expressway, Lagos Interment followed later on that day at her residence in Abeokuta while recognition was at OOPL Event Centre in Abeokuta.

Falilatu Akanke Obasa was born into the family of Sodunke of Ikereku, Oke- Ona, Abeokuta in April 1930. Her father, Alhaji Sodunke, was a merchant who had several wives and numerous children, as considered befitting of his status at the time.

There was competition amongst the wives and whereas Fali’s mother, Madam Nimotal Padeola was a successful kolanut merchant, she had difficulty siring a child. It was traumatic! Marabouts and soothsayers had a field day and as she (Madam Nimota) later narrated, she had to empty her entire wardrobe and chests of all possessions before she could begin to bear children.

This perhaps accounts for why Madam Nimota regarded children as the most important evidence of success in life. This was to later define the life of Falilatu Akanke herself.

Madam Nimota eventually had three children – Sadikatu, who died at childbirth 70 years ago; Lasisi Akanni, who departed in 2002; and then Akanke Falilatu (Mama Wa).

Falilatu Akanke had very little education within the precincts of formal schools. Rather her mother threw her into the Kolanut trade at a very young age.

As most of their customers were in the North (Kolanut was farmed in the South but heavily consumed in the North), Madam Nimota frequented Zaria, so much that she became known as “Mama Zaria” and it was in Zaria that Akanke met Waidi Afolabi Obasa, who became her husband.

It is not known exactly when Mama Wa started living permanently in the North but it is clear that she bore her first child (Lateef) in Zaria around 1954 and left Maiduguri for Lagos in 1967.

She was very fluent in Hausa language.

In all; Mama Wa gave birth to nine biological children but only five survived infancy. She was however to become the matriarch of a large family numbering hundreds. Apart from emphasising that “family” is not limited to biological ties, she also taught that a woman ought not to lose her identity entirely just because she got married, so she never left the Sodunke family completely.

In 1967, Mama Wa finally returned to settle in Lagos, while her husband, who had just taken a new wife, remained in service with P.Z. Nigeria Limited in the North. She started doing business of sorts, trying her hands on different things until she got into the textiles trade at Nigerian Textiles Mills, Specomill, etc.

It was around 1969 when Mama Wa got introduced to the church, Mountain of Salvation (Okelgbala), founded by Prophet Frederick Akanbi Adeoye, that she became a Christian and changed her name from Falilatu to Felicia.  Felicia was fortunate in business. She believed till the very last moment that her converting to a new faith was responsible for what became a stable business experience.

She was one of the pioneers who founded the Aswani Market in Isolo, Lagos (the Tuesday market named after the defunct Aswani Textile Industries). Mama Wa also invested in landed property and always argued that it is the only asset that does not fall in value.

Mama Wa was essentially mother to all, matriarch, woman of substance and astute entrepreneur, whose life was fundamentally defined by service to God and humanity. The consistent refrain spanning much of her life and times was that of a general force for good and burden bearer of many. For several years, she was resource provider to and sanctuary of a seemingly limitless number of people, as her notion of family was expansive enough to include an entire village, if not villages.

Even in those dark days of the locust, when a prolonged battle was waged for the soul of Nigeria, she was in the vanguard of those staking their lot on the side of the struggle for freedom, which certainly came with its several discomforts. This was an instinct she appeared to have picked as an earlier witness to social struggles, including the anti-colonial one waged by Margaret Ekpo and the Egba Women’s anti-tax demonstrations under Funmilayo Ransome- Kuti. She was Iya Tempo – a provider of resources and haven to critical actors of the underground press in the days of the struggle against authoritarian rule.

In all, Felicia Akanke (Mama Wa) lived an active and eventful life, characterised by a strong religious belief, praise singing, and an abiding sense of charity.

READ ALSO: WHY AIYEPE TOWN IN IJEBU HAS 6 OBAS

How Women Looking For Kids Can Now Have A Baby