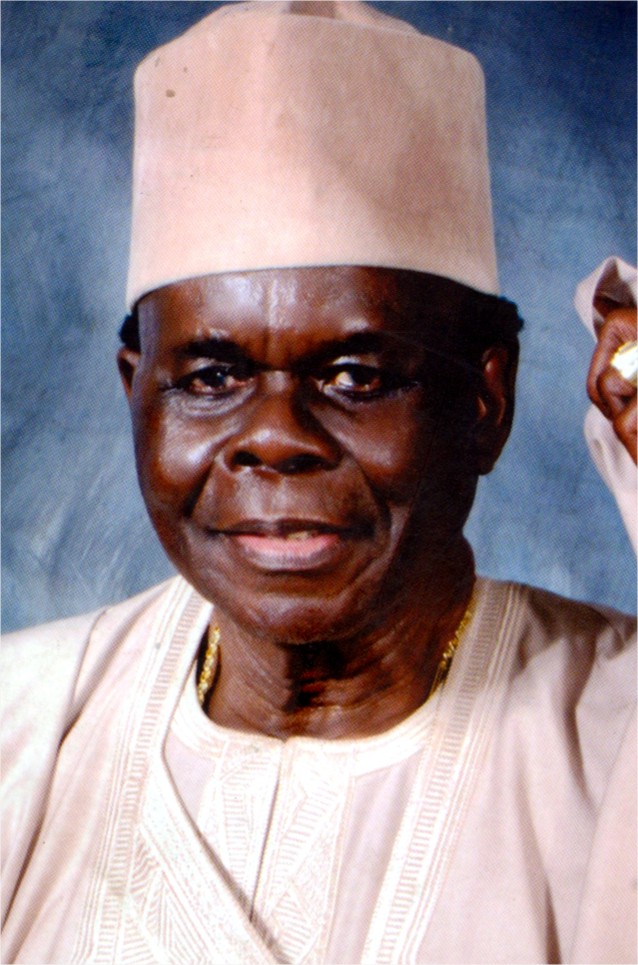 Edo-born Auto Magnate, Chief Sunny Omoregie Asemota is dead. He died in the early hours of Thursday, May 19th, 2022 at the age of 87. He was 87 on 21st April, 2022. When City People visited his Alaka Estate residence on Thursday, May 19th and Friday, May 20th, 2022, visitors were seen thronging the place. Friends, business associates, and family rallied round Chief (Mrs) Ireti Asemota, the widow. Canopies were also erected in the sprawling compound and a condolence register was placed at the entrance of the living room (with an album containing the pictures from his 80th birthday celebration on 25th April, 2015).

In his lifetime, Chief Asemota was the founder/chairman of Sunny Motors (registered on 23rd February 1978 with RC number: 23654) and Omoregie Motors. He traversed the auto business landscape like a colossus. For over 40 years, he run his businesses successfully until he retired from his hectic business schedules.

A billionaire several times over, Chief Asemota nurtured his auto companies from infancy to multi-billion naira enterprises. As he aged gracefully, the Benin High Chief found it necessary to slow down and enjoy his wealth. His companies are now being ably run by his children and you can bet they are doing a good job at it.

Chief (Mrs) Ireti Asemota confirmed this in an interview published on May 26th, 2015. She said: “Now, I am relaxing as the MD of Sunny Motors and Omoregie Motors because I am satisfied. My children are the ones in control. Though the economy is so bad, God is in control.”

For over 40 years, Chief Asemota and Chief (Mrs) Ireti Asemota ruled the social circuit with their love, humility, and honesty. They were the toast of musicians and they rocked parties together. Even though she’s from Odogbolu, having been born by Alebiosu Odukoya and Christiana Odukoya (nee Shittu), Chief (Mrs) Asemota believes she’s Benin by marriage. Their marriage was an intertribal marriage that stood the test of time. On her marital experience, Chief (Mrs) Asemota said: “I am lucky to have married from Edo State. So, my husband is from Benin City. By marriage, I am also a Benin woman. My marriage has given me a broad mind about so many things. It depends on what you want to make out of your marriage. Marrying from your tribe does not make a success of your marriage. Marriage depends on what you want for yourself. You must be tolerant and understanding. In fact, inter tribal marriage makes the union more solid and stronger, because, the two of you are from different background. You respect each other, honour each other, you respect the views of each other.”

While he was alive, Chief Sunny Asemota belonged to Lagos High Society. There is no doubt about that. When he clocked 80, his friends and loyalists fell over themselves to display their love and loyalty. In a media carnival that saw them placing conspicuous congratulatory advertorials in Nigerian newspapers and magazines, Chief Asemota was celebrated to high heavens.

While some of the advertorials expressed gratitude for another year added to Chief Asemota’s life, many used the advertorials to offer prayers for more bountiful years ahead for the Benin High Chief. The show and shower of affection indicates that his fame was still assuming a legendary status in the society despite his old age. Chief Asemota was a man of style and panache. He was not one to be associated with things that had no class. Extremely wealthy, the Sunny Motors boss was one man people who hope to live a life of luxury should emulate. His homes, cars, and wardrobes spoke the language of luxury. Chief Asemota was business-conscious in his lifetime. He didn’t joke with his business; neither did he have time for frivolities. As a result, you’ll not find many press interviews by him. He lived a private life despite being in the news all the time.

As an auto dealer, he struck so many partnerships with car manufacturers. One of such is the Mercedes Benz manufacturers. His company had first begun with Daimler in Stuttgart, Germany before finally aligning with Weststar in Nigeria.

Recalling the journey which began quite a while back, the Managing Director of Sunny Motors Ltd, Chief Sunny Asemota said “Mercedes-Benz is undeniably a good choice of investment as it’s one of the best brands of cars worldwide. You only need to take a look at the new E-Class. It has won the hearts of customers all over the world. The Mercedes-Benz prices are reasonable; and even with the after-sales, you get premium service. I have no regrets for choosing the Mercedes-Benz path.”

On his decision to open another show room, he said “there was need to further expand the business and get the Mercedes-Benz cars closer to the customers and potential customers all around Lagos. There is quite a market for it in the Lekki-Ajah area.” The new showroom is very attractive as well as spacious. It is definitely more than adequate to accommodate and fully display the Mercedes-Benz passenger cars. Customers and visitors will find it thoroughly comfortable and conducive to relax and check out the models on offer.

On his marketing strategy for the Mercedes-Benz passenger cars, Mr. Sunny Omoregie Asemota expressed: “The Mercedes-Benz, as a vehicle brand, is undoubtedly one of great quality. It has remarkable second hand value as seen from history as well as the experience of its owners. It advertises and markets itself, not just here in Nigeria, but all over the world.”

“We are extremely happy about the successful opening of our new Showroom at Lekki and very much thank God for making it possible” he concluded.

The Managing Director of Weststar, Mr. Mirko Plath was quite delighted with the accomplishment saying “It is definitely another satisfying notch in the belt for Sunny Motors and we are proud of their achievement. We

will continue to support them in delivering the best Mercedes-Benz products and services to our customers.”

Chief Asemota was born in Benin City, Edo State on April 21st, 1935. After his Secondary education at Government School, Benin, he worked briefly with his father before quitting his job in 1958. His career in automobile business  began in 1958 when he joined Star Motors Apapa. He later quit and moved to UTC where he worked briefly before joining NITECO. He worked in NITECO Motors for four years and in 1964, young Asemota joined Yinka Motors and within two years rose to the position of Sales Manager. In 1966, he resigned his appointment and floated his own company, Sunny Motors.

After his demise, the remains of the Benin High Chief were deposited in the morgue. Burial arrangements will be announced by the family.

Why 1st Lady, AISHA BUHARI Has Been...