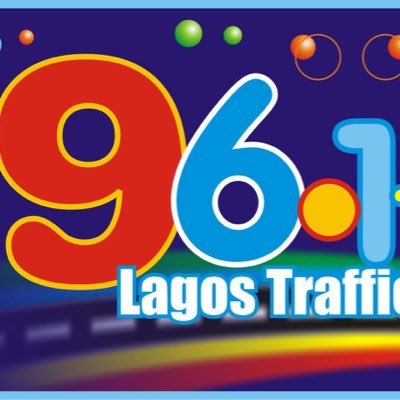 Last week, our Music Columnist, Ajike paid a courtesy visit on the General Manager of Lagos Traffic Radio Station, Mr. Yinka Adagun.  Lagos Traffic Radio (96. 1 Fm), which was created about 5 years ago has become one of the household names largely among commuters and Motorist who ply the route of the Lagos Metropolis and who mostly depend largely on the firsthand information given about traffic situation to help map out and aid easy movement in a bid to prevent unforeseen traffic jam areas in the Lagos Metropolis.

Who is Mr. Yinka Adagun?

Yinka Adagun is a Journalist who has gone round all part of Nigeria.  I am very open-minded. The only State of the federation I have not visited is Yenagoa.  I attended Ansarudeen Grammar School and Yola Government College. I also attended Federal School of Art and Science. I speak Hausa fluently and I write it. I read a lot of books and prefer books as gitfs. I love watching documentaries and also shoot documentaries. I am also a lover of music especially Sakara music.

How old is Lagos Traffic Fm and what was the purpose of its creation?

Radio Traffic was created about 5 years ago  as a response to the challenge of traffic management in Lagos.

Can you say you have been able to achieve the purpose of its establishment?

Yes we have. Actually when we started we thought about the number of people that listen to radio. We work together with Lastma our synergy partner who collate the information about traffic information while we use the power of radio to communicate to the public the Lagos Traffic situation. We can say we have achieved the real aim of the establishment.

How widely covered is your frequency?

In totality how many radio stations do we have in Lagos State?

We have about 25 even those operating from Mowe, Ogun State they still beam there signals to Lagos and we always  see them as radio stations in Lagos and they are growing by the day.

Judging from your listenership base  what kind of people listen to radio most.

If you want to use the listenership of Lagos traffic radio to judge those listening to radio in our society we may be wrong some of our listeners are pushed to listen to our frequency majorly for traffic update to plan their movement. Some people only listen to radio just because of traffic situation while others plan the routes to take for instance maybe to take Old Carter Bridge, Eko Bridge or Third Mainland Bridge.

In the past we had what was popularly known as Rediffusion radio please kindly help shed more light on this old broadcasting system?

Rediffusion was one of the first services of broadcasting in Nigeria. The first broadcast service in Nigeria was in the Colonial days which started in 1932 when transmission of BBC was transmitted to the colony with the Rediffusion radio which was just a small box that had just one station at that time which could be found in most home. It was the precursor to the NBS (Nigerian Broadcasting Service which later became Nigerian Broadcasting Corporation then transformed to Federal Radio Corporation of Nigeria.  Radio Nigeria also came on board  before states started having their own radio stations too in the spirit of federalism. Until 1992 when the broadcast industry was liberalize with licensing opportunities for some privately own stations.

What is your general assessment of Radio broadcasting in Nigeria

The 3 function of the Media is entertainment, information and education and all these three functions were perfectly done then by radio until the advent of Television which had the power of both visual and audio.  Radio will still remain a very primary source of information. The advantage again is that it has been able to combat the challenges of light issues because you can easily use batteries for your radios. Many don’t buy newspaper but depend largely on radio for newspaper review.

Please take us down  a journey of the past who were the early pioneers of radio broadcasting and what kind of programmes did we have then in Lagos State.

They were many. Ishola Folorunsho for instance pioneered the art of running football commentaries and he was called “It’s a goal”.  Also the likes of Ambassador Segun Olusola the early pioneer of Village Headmaster and Taiwo Alimi   moved from radio to television broadcasting. We also had very popular radio dramas like Alao Shaki Shaki and I go die by the legendary Bola Johnson.

It is just a nostalgic recall of those whose names have been written in gold in Nigeria. Some of them are no more in active service again but have their legacies in the history of Nigeria. We once featured Mrs. Taiwo Ajaiyi Lycet. Though many of the icons do have certain fear of getting poorly interviewed so they are always skeptical these days about interviews. The present crop of journalist we have today don’t research before running interviews.  Though many people have been wondering the need for a programme like this on Traffic Radio but it became neccesarry because sometimes we have not so heavy traffic in Lagos metropolis and also late at night we may need other programmes that will keep our  audience entertained on the station.

Can you explain to us sir, why most radio stations play more of foreign music than local content also please, is there a restriction to the type of music that is played on your station?

I think it has to do with ownership. Like on our station we don’t often play foreign music because it is a government owned station. Don’t forget that  most of the songs these days have a lot of foreign influence which  though sang in pidgin still sounds foreign. Some stations in time past once play mainly indigenous music at selected days of the week. We are also trying our best to in make our station to be recognized with the Old Skool music.

Do you have a special storage system for all interviews done on your radio stations especially the ones that you think will be relevant years to come?

It is not possible for radio stations not to have an audio logger. I remembered years ago when I was in Radio Lagos we had this special interview programme  for an architect known as Olayi Balogun. When he died we played the interview back because during the interview we asked him how he wanted to die. He said he wanted his children with his children listening to Sakara around him. If we had thrown away that recording we won’t have had a privileged to that information.

Moving away now from broadcasting I learnt you are a lover of indigenous music especially Sakara Music please can I plead your indulgence to educate us about one of its early practitioners Abibu Oluwa who I have heard you speak a lot about.

I grew up in Abole Idumota. My maternal grandmother’s home was at  Idumota. I was very close to the home of the late Abibu Oluwa on Agoro Street. His house was directly opposite Abole Ekele Oju Oti.  My dad was a lover of Sakara music. I mean imagine having a father that wakes up on Sunday morning and the only music he listens to is Sakara. Who are you to say you don’t like the music.

Infact he will punish me by asking me to go and arrange the records on the changer. When I was very young I didn’t quite appreciate sakara music because it was very dull and dragging  but the irony of life is that when I grew up on the feet of the elders I started liking the song because of the philosophical messages.

One other thing about sakara music is that it is one of the best music to listen to late at night.  I love Sakara music because I can relate to it. Imagine a song by Abibu Oluwa when he said Owo Ni Ni Ki N Se Ogbon Eni Ti O Ni Kin Se Omugo which if translated means The fact that you are rich doesn’t mean you are  wise and if you are not rich it doesn’t mean you are a fool. Many people don’t understand the depth of such music.

Please do you remember the people that Abibu Oluwa played for many years ago.

One of the most nostalgic memories I have was the song he composed for Sehinde Oshodi a big socialite of those days. He was a very rich man whose story was quite pathetic. He supported somebody who wanted to ascend the throne of a Igunnuko chieftaincy title but he was later to contest instead. The story later changed when he was  suddenly confirmed missing and for years nobody knew his whereabouts and by the time he came back  another person has ascended the throne.  Another prominent socialite was Adu Raheemi Amodu who owned a recording studio, SB Bakare, Salami Ababiaka, Oriade Wellignton, etc. Most of the people he sang for belonged to different clubs like a particular club popularly known as Egbe Kila then on the island. He also sang for a  popular female  who was a Mayor and called Mayor Mesho.

How can you describe journalism today?

I think it is a reflection of the larger society. People don’t think about good name. People now lack contentment. People don’t research into topics they want to run interview on. As a Journalist you should be versed in all facets of life. You should have a little knowledge on everything ie  on Lawmaking, Engineering, etc. Some people see journalism as just reading about gossips and music gist etc. Unfortunately many think about money than professionalism and good name attached to such professions.