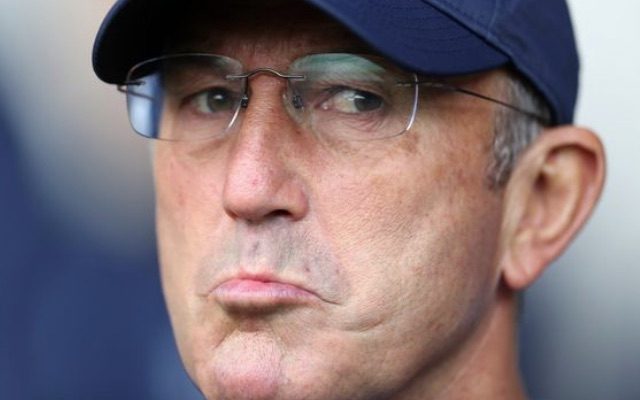 Tony Pulis has been sacked as West Brom head coach with the club a point above the Premier League relegation zone and without a win in 10 top-flight games.

The Baggies were beaten 4-0 at home by Chelsea on Saturday.

Albion won their first three games of the season, but have drawn four and lost seven since beating Accrington in the Carabao Cup on 22 August.

Former West Brom manager Gary Megson, who had been Pulis’ assistant, is taking over “until further notice”.

Chairman John Williams added: “These decisions are never taken lightly but always in the interests of the club.

“We are in a results business and over the back end of last season and this season to date, ours have been very disappointing.

“We would like to place on record our appreciation of Tony’s contribution and hard work during a period of transition for the club which included a change of ownership. We wish him well in his future endeavours.”

West Brom face Tottenham in the Premier League at Wembley on Saturday and follow that with home games against Newcastle (28 November) and Crystal Palace (2 December).

Pulis, 59, who has also managed Stoke City and Crystal Palace in the Premier League, was named Baggies boss in January 2015.

They were 17th in the table when he took charge but finished that campaign in 13th, falling a place the following season before ending the next in 10th.

However, they have struggled since March, taking just 12 points from their past 21 fixtures, winning one home league game in eight months and scoring only nine goals in 12 Premier League matches this season.

He is the fifth manager to be sacked by an English top-flight club since August.

SEE ALSO: ‘WE HAVE TO CONCENTRATE ON OUR FOOTBALL’ – BENITEZ POISED TO CAUSE UPSET AT OLD TRAFFORD