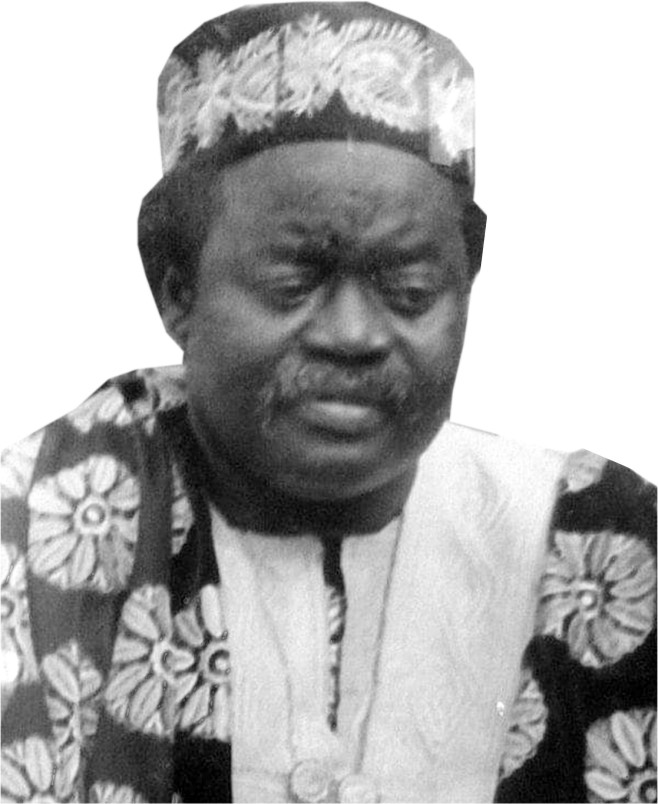 •As Children Remember Him 25yrs After Death

Friday 18 February 2020 was a remarkable day in Owo town, a popular city in Ondo State, as the popular Ajanaku family remember their father, Alhaji Jimoh Ajanaku, who died 25 years ago.

The ancient town of Owo was clustered by top Islamic clerics and A-list socialites who had gone through the tutelage of late Alhaji Ajanaku, to seize the opportunity to honour him again as family organized 25th remembrance in style. It was indeed colorful and well attended by Owo town dignitaries and people of influence across Nigeria and beyond. The turnout of guests and the glamour despite the fact that Alhaji Jimoh Ajanaku has gone 25 years ago, shows the deceased has been a source of inspiration for many while he was alive and even in death. The event kicked off with an open prayer from Alhaji Sheik A.K. Amunulahi, who is the state missionary ADSN in Ondo State Council. Thereafter, another notable Cleric, Alhaji Nurudeen Quadri did a recitation from the Holy Quoran. And this paved way for the popular Chief Imam of Owo kingdom, who is also the Chairman League of Imams and Alfas in Ondo state. Alhaji Dr. Sheik A.O Aladesawe,  Alhaji Sheik A A Salami Muffasir of Owo did special Fidau prayers, while the biography of the deceased was read thereafter. City People Magazine was at the event for exclusive coverage.

The life and times of Nigeria’s venerable businessman, Chief Jimoh Ajanaku Makun Eledibo-Ola the business tycoon and a philanthropist is not only phenomenal but truly worthy of national celebration, as we now have it. The Ajanaku story is a tale of determination and demonstration of sagacity— how a young man who entered into business at the tender age went on to build a fortune worth millions of dollars doing business. It could be said that Baba Ajanaku’s character replicated his distinction in business, and thereafter, in politics. Even outside his political profile, his philanthropic acts were enough to engrave his name in the sands of time. Late Chief Jimoh Ajanaku Makun was born in the year 1920 to the family of Chief Salahuddin Makun and Grace Oguntuke Makun (Nee Obajuluwa). He was the first Seriki Musulumi Of Owo Kingdom, Chairman, And Chief Executive Officer Of Jimoh Ajanaku Makun And Sons Nig Ltd Owo, Chairman And Chief Executive Officer Of Finch And Co. West Africa Ltd Omalege, Chairman CFC Furniture Lagos. Ajanaku Oil Palm and processing company Igbatoro, chairman of Makun Motors Ltd Port Harcourt, and Major importer/distributor of Datsuns Motors in Nigeria, to mention but few, a great philanthropist, a mover and shaker, care and loving father, husband, brother and a friend. At the early stage of his life, he acquired a blacksmith as a trade from his maternal home, the Obajulowa family in Ijebu Owo. He was very skilled in this trade that he was known by the timber fallers as a special tools designer, this gave him a lot of customers. He later developed an interest in the timber business. He became a timber supplier to many timber processing companies and later a major supplier to Finch And Co West Africa Ltd which was owned then by the British. Been a versatile person, he was able to acquire knowledge in the sawmill business. Meanwhile, he was operating an auto repair garages and motor dealers business. In the early 1970s, he founded Jimoh Ajanaku Makun and Sons Nig Ltd, a timber processing company in Owo town for the love of his people and the development of his town. He later bought over Finch And Co West Africa Ltd and became one of the major timber exporters in Nigeria. He also founded Oguntuke hospital in Okdedongbo community in Owo, due to local political issues; he was unable to complete the project. He was into many businesses but to mention a few. He was a very religious man, believed in Allah but never despised the Christians, many JP were made by him and he sent over seventy people to Mecca for Hajj. He was a pillar for the Muslim community in Owo Kingdom and western religion in general. Because of this contribution and support, he was given/made the first Seriki Muslumi Of Owo Kingdom. He was a patron to many groups and society in Nigeria. In community development, he donated part of his land to the creation of Owo Medical Center, gave his property for use to Owo Water Corporation for many years, support in founding Adabiya Islamic school in Owo town, Ondo State and supported many in education (Scholarships). He was a lover of formal education but he never had one. He died on September 9, 1995 and was survived with over twenty Wives, 64 children, and over two hundred grand and great-grandchildren children. Since his death, Nigeria is yet to see a generous demonstration as that of Baba Ajanaku. His philanthropic acts include the donation of funds to construct schools, mosques, churches, libraries and many other projects. Evidently, the Ajanaku Makun story is a piece of motivation for his generation and later generations.   May his soul continue to rest in peace.

How TONTO DIKEH Hit It BIG In The Last 6 Mths