Leonardo Da Vinci painting of Jesus to be sold for $100m 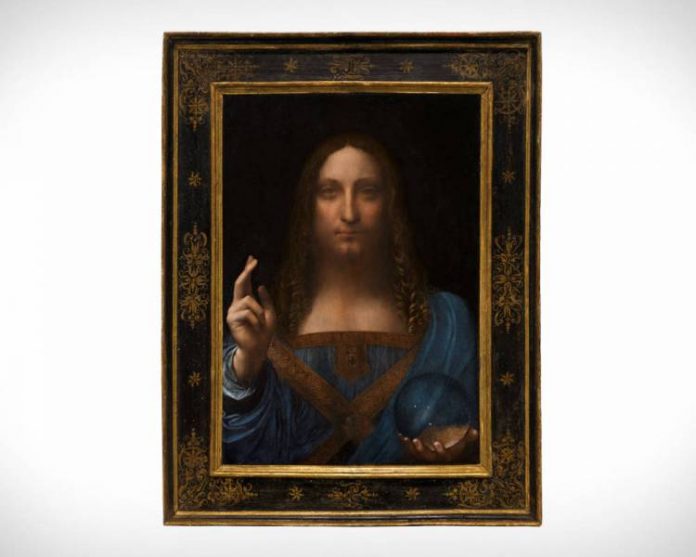 The last Leonardo Da Vinci painting dating from around 1500, “Salvator Mundi” — which depicts Jesus Christ as the world’s saviour, will go under the hammer next month in New York.

The Christie’s auction house on Tuesday, estimated its worth at $100 million, the AFP reported.

The painting which was long believed to be a copy of an original by the Italian master, was eventually certified as authentic.

Fewer than 20 works by Da Vinci, whose art was already highly sought after during his lifetime, have survived to this day — all of them held in museum or institutional collections, with the exception of “Salvator Mundi.”

As a general rule, very few pre-19th-century artworks remain in private ownership, and it is extremely rare for one of them to be offered at auction.

“For auction specialists, this is pretty much the Holy Grail, no pun intended, but it doesn’t really get better than that,” said Loic Gouzer, co-chairman of Christie’s Americas post-war and contemporary art department.

A third party guarantee has been arranged for the painting, which ensures it will sell for around the estimate of $100 million on November 15, said Francois de Poortere, head of the Christie’s old masters department in New York.

The work will travel to Hong Kong, San Francisco and London, before spending three days on display in New York leading up to the sale.

According to Poortere, “Salvator Mundi” — which measures 45×65 cm (26×18 inches) — was last sold to an unnamed European collector following a historic Da Vinci exhibition at London’s National Gallery in 2011-12.

Mining a common theme, next month’s auction will begin with the sale of the massive “Sixty Last Suppers” by pop artist Andy Warhol — which depicts Da Vinci’s “The Last Supper” 60 times over, and is offered with a $50 million estimate.

Leonardo Da Vinci painting of Jesus to be sold for $100m was last modified: October 18th, 2017 by Arinze Ago