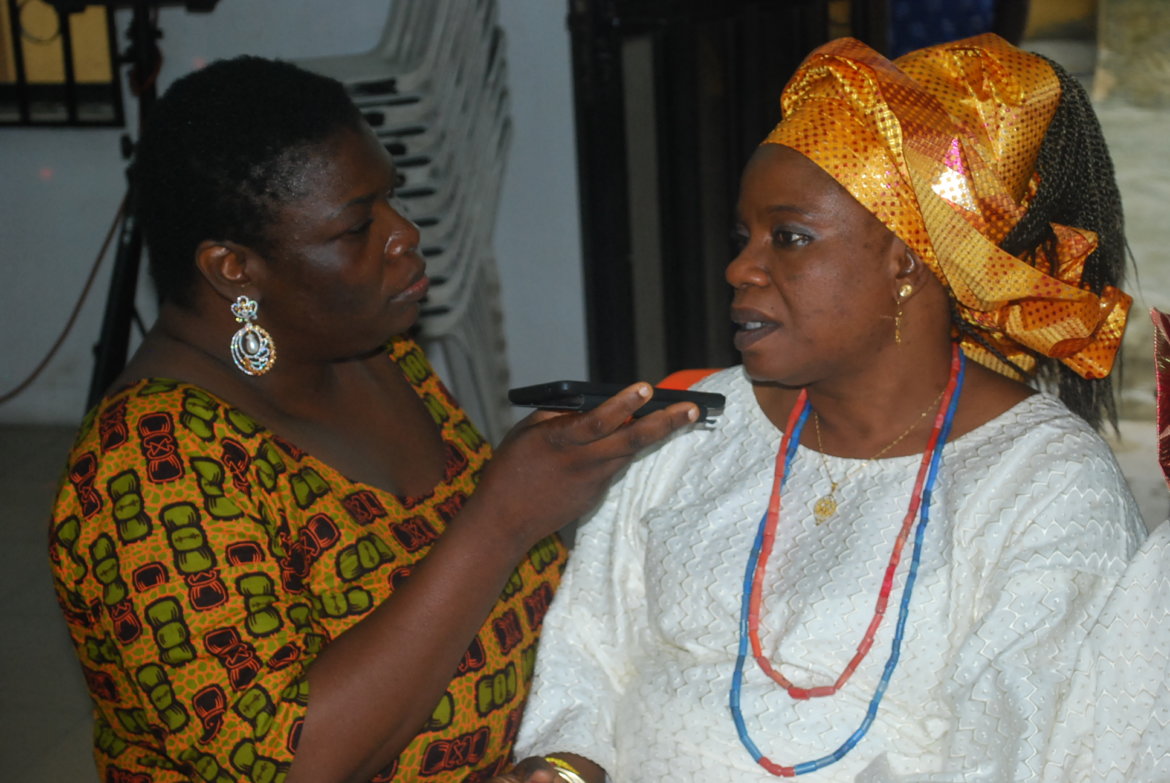 You are Baba Elebuibon second wife, how do you feel seeing him clock 70th?

I am more than happy to see my husband clocking 70. It is a milestone most expecially for Babalawo’s. You begin to enjoy the dividends at old age.

Where do you meet Baba Ifayemi Elebuibon?

I have been married to Baba for close to 30 years. I met Baba in the course of acting. I am an actress. I belong to dramatic society. We use to act at Ede Muslim Grammar School and used to make lots of money for the school then but it belongs to the school. So we decided to form another group, “Oredola Thearter Group but we were not very buoyant.

Due to financial theatre, we had to join Adeyemi Theartre Group. Then Modakeke and Ife  war was about stating. So we had a show then and we h      ad to pay N40 to rent “Talese” which will take us about. Unknown to us, the Manager that we said should put poster around town didn’t do anything, he was just flexing with out money. So after about two days of not seeing anybody to watch our stage performance, we had to start dancing from town to town to get money.

So we needed N240 naira for a week and this was what made me know Elebuibon. I went with out group leader who has gone to his house several time without seeing him, we were fortunate to see him and explained to him that we needed N240 naira. So, the day Olofana Agba (elder brother) said we should go there, was the day Baba saw me.

My father is also an herbalist, so I was afraid that I was brought to see an herbalist. He asked my manager if  I was his wife, sister and he said no. Baba said it straight that he wants to marry. I fought the manager till we got to Ede, he came to watch our rehearsal. Though, I was skeptical about marrying him because he had a wife but I later decided to say I do.

What does it take to be Babalawo’s wife?

If you lazy, you can’t marry an Ifa priest.  I looked after our visitors for money years. We have over 50 or 100 visitors per day. Some are foreign expatriate who are whites. You have to take care of them. If Babalawo is 5, they have 5 fobidden foods. Some are not going to eat goat, you can not even put boiled goat meat in their soup. You must also be able to over look lots of things as an Ifa Priests wife. It’s females that comes to see Babalawo’s, Pastors and Alfas most. You must also know that not all of them want to get things done. Some came to test, some want to marry him. So you must not be over possessed.

You must be moderate in all things. You must also know there is “Ewo”. (Fobbidden). You must not use oil you use to fry cow meat or fish.

You must be very patient. This is peculair to original Babalawos. You can not be Lazy to be married to Babalawo.

I am an actress, I also sell all Ifa priest stuff such as cowries, and others. I also attend to guests. If Baba attend to visitors and he say he/she should worship “Obatala” (Ifa deity), I am the one who will handle that. I also do River goddess, I also have my own temple where I attend to visitors.

Were your parent pleased that you are married to an Ifa priest?

Well, my father knows about Ifa so he was not bothered but my mother had her reservations  about it. I have an Ifa background. All my siblings know about Ifa.

What does Baba call you?

When we were younger, he called us by our names but now he calls us “Iya Losha”. Somebody like me, I have deities like Osun, Oya, Obatala, Sango and others that I tend to and appease most times.