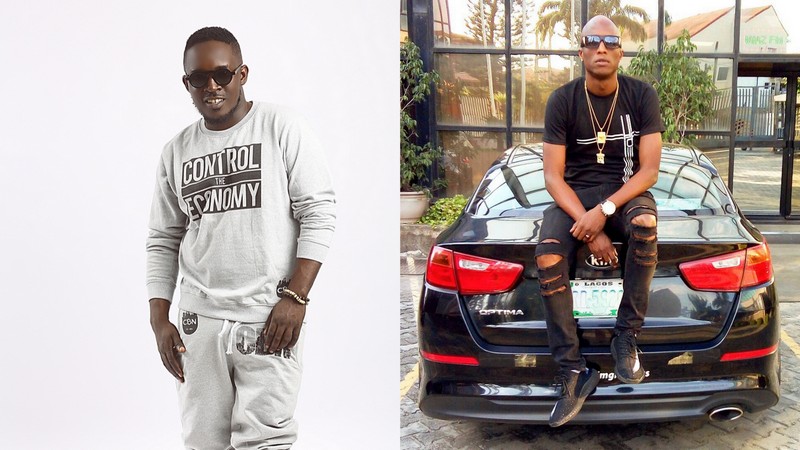 M.I‘s most recent single “You Rappers Should Fix Up Your Life” is having quite the ripple effect. Rappers and critics alike have not stopped talking about the points raised in the single where he admonished rappers to do better for the hip hop industry.

The single drew a lot of replies from rappers and comments from critics and hip-hop lovers. Twitter user (@femifactor) in a thread spoke about M.Iadmonishing rappers to fix up when he is not helping budding rap acts with his Chocolate City platform. He mentioned a number of replies to M.I’s single including rapper N6. At that point M.I stepped in to say that N6 is “trash” and a “former creative that now wants to suck young artistes blood”. 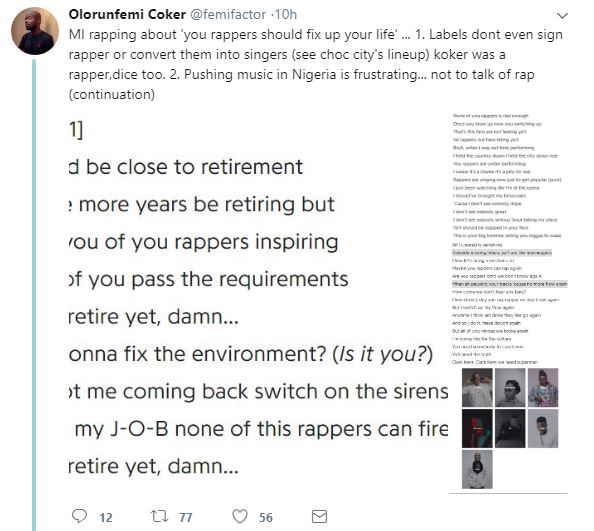 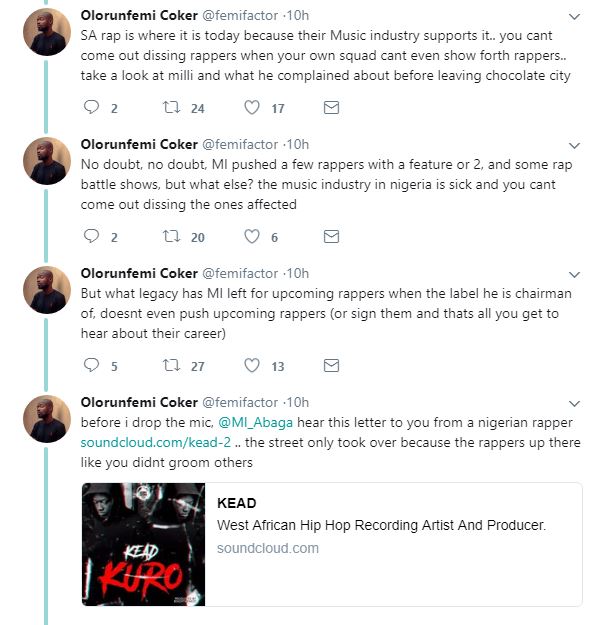 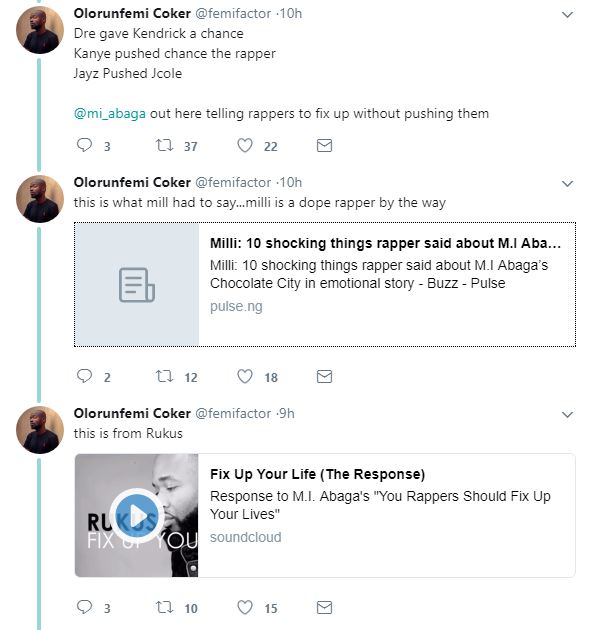 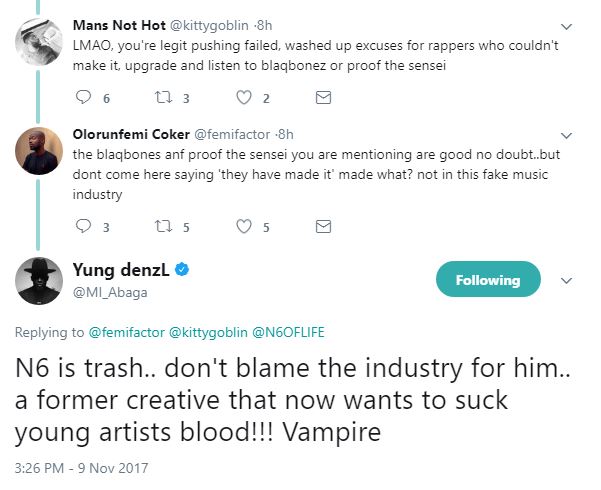 At this point, N6 also replied threatening to send M.I back to Jos. Choc Boi Nation (CBN) President DJ Lambo also chipped in accusing N6 of biting the hands that feed him. N6 also attacked Lambo in his rants as well. 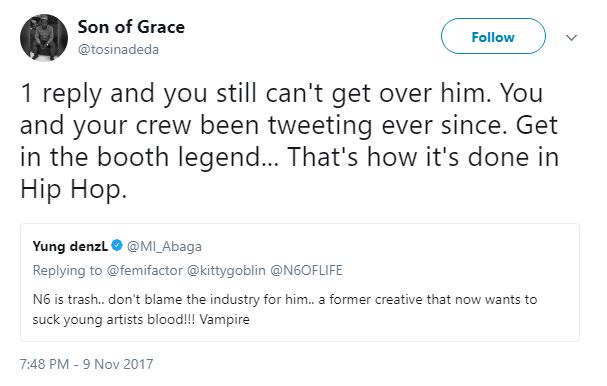 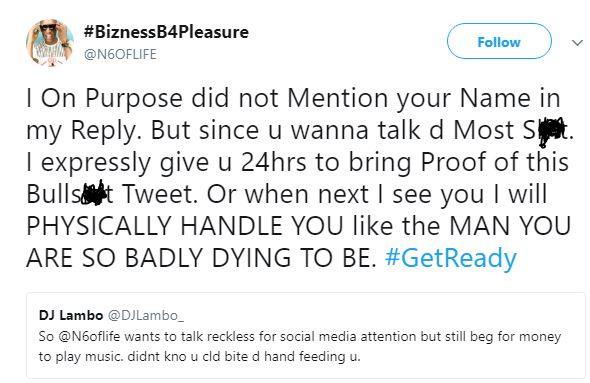 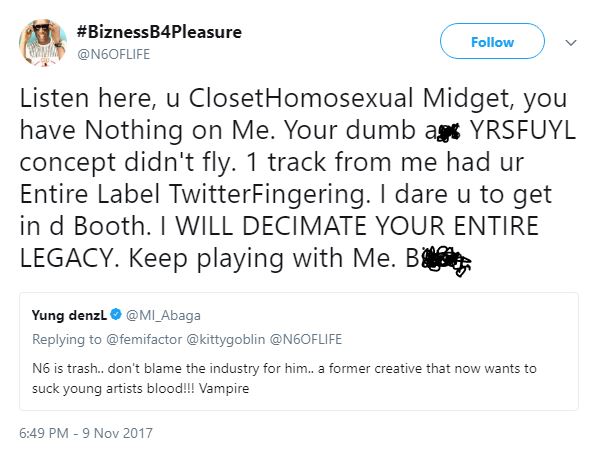 M.I And N6 Engage In Messy Twitter Battle was last modified: November 10th, 2017 by Arinze Ago