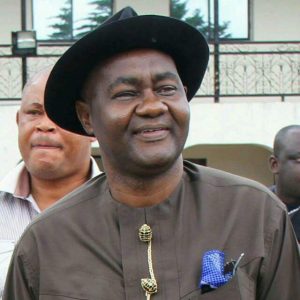 The seven-man panel of the Supreme Court has struck out the appeal filed by Senator Magnus Abe.

Senator Abe in his suit sought the leave of the court to amend his notice of appeal on the Rivers State Governorship primaries.

It was reported that the apex court panel led by the Acting Chief Justice of Nigeria, Justice Tanko Mohammed described the Appeal of Senator Abe to amend his notice on the Rivers State Governorship primaries as an abuse of Court process.

The court unanimously agreed that Abe’s appeal was filed out of time and lacked merit, therefore, remained dismissed and struck out.