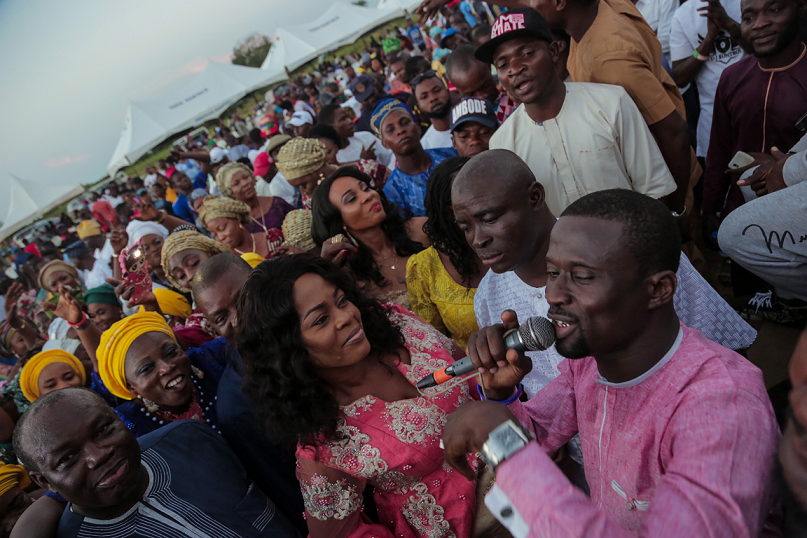 Music buffs came out massively to watch the Golden Jubilee crooner, Malaika with his band dazzling on stage.

Despite heavy rain that wanted to delay and sabotage efforts of the event committees, fans eventually came out to have fun at the annual festival.

Olupo of Ajase Ipo, His Royal Majesty Oba Sikiru Woleola II saluted the fuji music star, Malaika for his dexterity on stage and showing great energy while performing his heart out during the event held on Thursday 23rd till Friday 24th August 2018 morning.

Malaika who recently added another title from Qibla to Password of Fuji Music mounted the stage at exactly 12 am. He eulogized God Almighty for sparing his life to see another fruitful year and his fans alive.

He praised the King, Olupo of Ajase Ipo for his good administration. The King came out alongside his entourages to dance on stage.

He rounded off his performances at Ejirin Epe Ojude Oba Day Festival on Sunday 26th August 2018.

Malaika has however performed at five Ojude Oba Day Festivals during this concluded Ileya Festival.