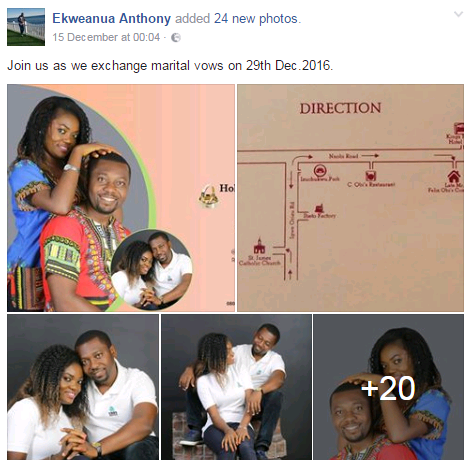 A Facebook user who believed he had found love, posted his wedding arrangement on social media and was greeted with lots of wishes. Ekweanua Anthony and Obi Uchechukwu Frances are supposed to have walked down the aisle yesterday, 29th December, but that didn’t hold as the bride-to-be allegedly cheated.

The Groom-to-be took to Facebook once more to announce the cancellation of the wedding. The bride-to-be also took to her Facebook page to confirm that the wedding has been cancelled. 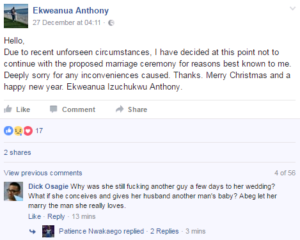 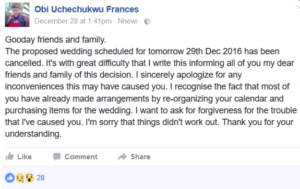 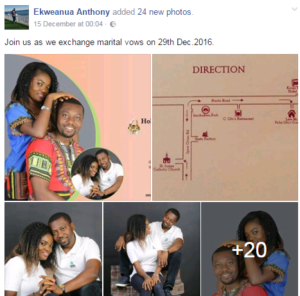 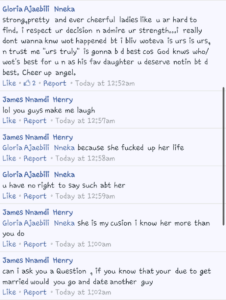 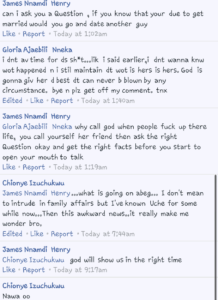 Man announces cancellation of his wedding 2 days to the ceremony on Facebook [SEE WHY] was last modified: December 30th, 2016 by Reporter