Home Weird News Wickedness: Man Throws His Wife Off A Storey Building In Lagos After Beating Her
Weird News 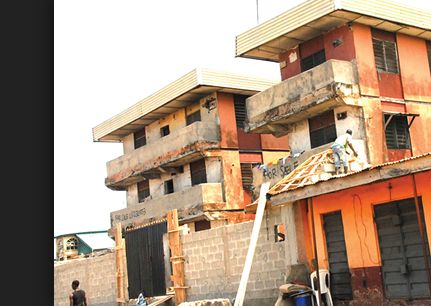 A carpenter, identified as Kema Akejelu on Thursday appeared before an Ikeja Chief Magistrates’ Court accused of beating up his wife and throwing her off a storey building in Lagos.
The accused, who resides at Seun Nwachi Street, Idimu, a suburb of Lagos, is facing a two-count charge bordering on assault.

The prosecutor, Insp. Simeon Inuoha told the court that the offence was committed on Nov. 13 at the accused’s residence during a fight between the accused and his wife, Oghenekvewe over her coming back home late.

“The accused beat up his wife and pushed her from a storey building which caused her two ankles to dislocate,” he said.

The offences contravened Sections 170 and 171 of the Criminal Law of Lagos State, 2011.

NAN reports that the accused pleaded not guilty, and the Chief Magistrate, B.O. Osunsanmi granted him bail in the sum of N50,000 with one surety in like sum.
The case was adjourned to February 15.
Wickedness: Man Throws His Wife Off A Storey Building In Lagos After Beating Her was last modified: December 30th, 2016 by Arinze Ago