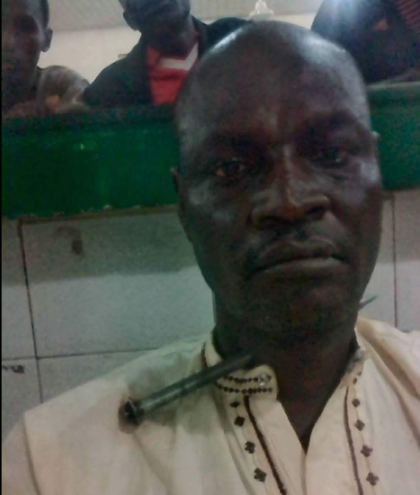 A man was rushed to a hospital in Kano with a large nail sticking out of his neck in Kano state.

The man identified as Alhaji Auwalu was reportedly stabbed in the throat by thieves who tried to rob him. The nail pierced one side of his throat and came out of the other side.

Though he lost a lot of blood, he survived and was rushed to Aminu Kano teaching hospital. What’s surprising is that the injured man looked so calm as he waited in the hospital to be treated

Man calmly walks into hospital with large nail sticking out of his neck was last modified: August 28th, 2018 by Reporter