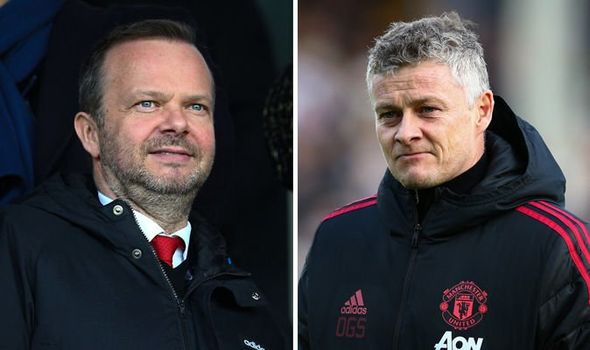 Ole Gunnar Solskjaer has been backed by Manchester United executive vice-chairman Ed Woodward as he called for patience with the Red Devils going through a rebuilding process.

Woodward says plans remain in place to “evolve the structure on the football side” but was nonetheless pleased with the more streamlined way in which United approached the most recent transfer market.

“The success on the business side underpins the success on the football side. Much of the progress made around that investment – the academy, the recruitment department and the training ground facilities – is behind the scenes and therefore isn’t immediately apparent to those on the outside looking in.”

“We’ve materially expanded our recruitment department to improve efficiency and productivity. Recruitment decisions are worked on day to day by this department and the manager and his team.”

“Along with the commitments we made to Ole and his staff in March, this has given us the building blocks for success.

“Whilst we’re confident this investment will deliver results, it’s important that we’re patient, while Ole and his team build for the future. We will continue to focus on the long-term strategy and won’t be influenced by short-term distractions.”

United have won only five of their past 19 matches in all competitions, the early optimism of Solskjaer’s arrival last December having mostly evaporated since he signed a three-year contract in March.