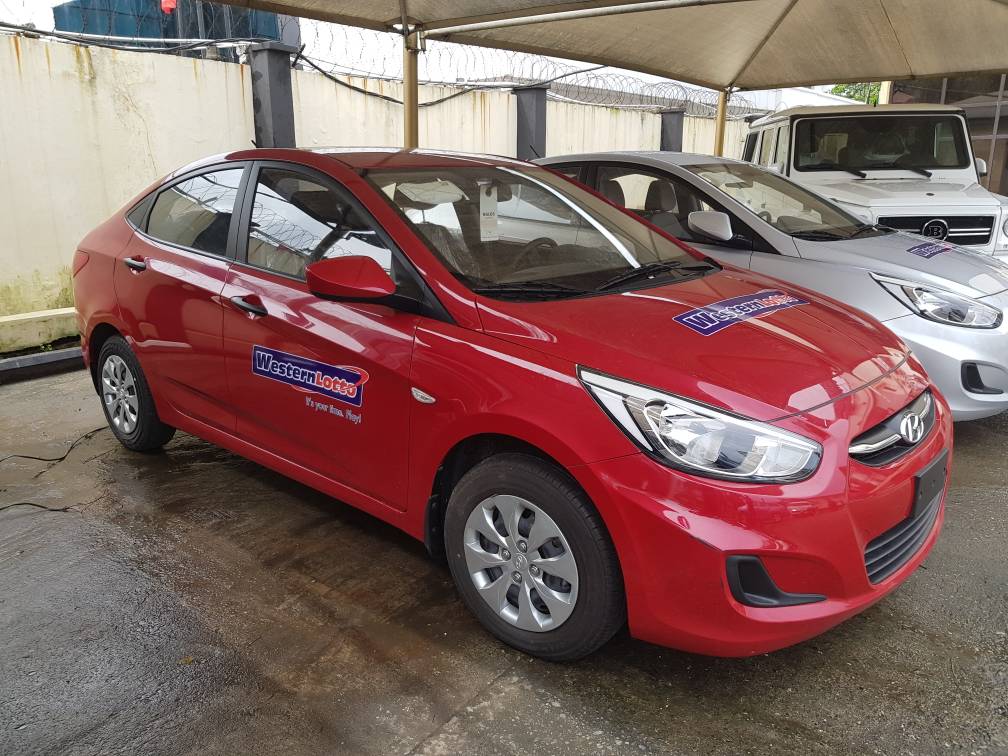 Last week Thursday marked a month that Western Lotto hit the market and so it was fun and jubilation at the Victoria Island, Lagos office of the fast growing lottery company because of the phenomenal successes recorded by the team. In just 30 days, Western Lotto has offered hope to many and altered the landscape of gaming and recreation in Nigeria.

For a few hours on that day City People Publisher, SEYE KEHINDE spent some time with the MD of Western Lotto, Elvis Krivokuca from Croatia and he revealed what they have been able to achieve in just a month.

The Managing Director/CEO of Western Lotto, Elvis Krivokuca is a happy man right now. This is because in just one month the Western Lotto team has recorded resounding successes in its activities. “Today actually marks a month after we rolled out,” he explained. “We rolled out July 10 and today is August 10 and when we look at how Nigerians have signed up for Western Lotto, it is impressive. We started with 5 major lottery games and we are preparing for new games that will be out next month. People will have to adjust to those games. It’s a simple lottery game. People can in fact call to ask how to pay. It’s so easy that you can pay through your wallet and through many banks like Zenith, GT Bank, Diamond Bank.

What has helped Western Lotto is the  fact that its an entertainment game, its not gambling. We have enjoyed tremendous support from Silverbird, Daar Communications and several TV and Radio stations. Thats why the response has been impressive, its getting bigger and bigger everyday.”

“We have a promo we are running now. Its a mega upgrade. The promo started two weeks back and will run through 5th of September. 1,000 people will get N50,000; 1,000 people will win N100,000; 30 people will get 500,000, whilst 10 people will win N1 million, plus 2 brand new cars. We are also in partnership with some of our Brand Ambassadors. They see it as a good game that is easy to play. To qualify, you need to play with a minimum of N3,000. The raffle will be drawn on Sept. 5th. Some of our brand ambassadors like Olamide are also giving out cash gifts, same with Funke Akindele. She is to give out cash gifts. Tuface too. They see it as an opportunity to give back. After the draw, a new game will be announced.”

“I am quite happy at what we have been able to achieve in just 1 month. The numbers are increasing. Its been a fantastic 1 month. The registration is going up. People are signing up. People are already winning. We want people to win more. We want people to know we are legitimate. We have started with international games. They represent all the established Lotteries of the world. That is what is giving people confidence to play the games. The trust is there. People trust us. We are not just doing Lotto for doing sake. We are going to give back to society. We have a foundation. We are supporting.

We are partnering with Senator Ben Bruce to fight Rape. As you know, Rape has became a big problem in Nigeria. Every day we hear stories of young people being raped. The rape issue has become so bad that it now affects men, not only ladies. We are committed to eradicating it. Western Lotto is giving back to society. Profit is not only our focus; we want to give back. Its a Give & Get scenario. As you give, someone else gets in return. If someone plays and loses N100 in a game, somebody somewhere gains. Its a game of luck, sheer luck. Just play. If you don’t play, you can’t win. So just play, keep playing.

We are very happy as a  team at Western Lotto Nigeria Limited. Western Lotto Nigeria Limited is an entertainment and gaming company with platforms that provide a bouquet of international games for players in Nigeria. Western Lotto is licensed in Nigeria by the National Lottery Regulatory Commission to operate terrestrial and online platforms for gaming activities including lotteries, lotto, instant draw, indoor games,  betting and online scratch card games, among others.

We seek at Western Lotto to create opportunities ultimately in employment, wealth and empowerment for people in Nigeria and across Africa. Patrons will derive fun from the games, while there would be job creation on our extended value-chain of distributors, agents, business centres, portals, and several suppliers.  It is important as we go on to make some clarifications and definitions. Our explanation concerns the nature of lottery as entertainment. Lotteries are number-based games of chance used mainly for entertainment, winning prizes and redistribution of wealth.

The lottery is distinct from gambling. The stakes are very high in gambling. People bet with expensive items including houses, cars, and even wives. A lottery is a numbers game of chance for entertainment and recreation that carries much less risk.Unlike the high stakes of gambling, lottery deals with small stakes. Participants spend small change, like N50 or N100, to win great prizes.

Lotteries are fun, entertaining and can be very rewarding. We offer hope, one of the major propellers of life for human beings everywhere.”

“There is another consideration. It goes without saying that gambling benefits only those directly involved; it is a winner takes all, whereas the proceeds of the regulated lottery have been used to promote good developmental causes in many countries.

“Lotteries in Colonial America played a significant part in the financing of both private and public ventures. Records show that the authorities approved more than 200 lotteries between 1744 and 1776, and they played a significant role in financing roads, libraries, churches, colleges, canals, bridges. In the 1740s, lotteries financed the foundations of Princeton and Columbia Universities. The Academy Lottery helped fund that of theUniversity of Pennsylvania in 1755.”

“More recently, the UK Lottery made a significant contribution up to the sum of £2.2bn to the hosting by that country of the London Olympics of 2012.”

“In South Africa, for instance, 82 percent of the population play the lottery, at least, once in a week. In 2012 alone, experts put the lottery share of funds to the country’s finances at about N141.3 billion.”

“Also in Niger Republic, the proceeds of the lottery were used to build boreholes, fight against desert encroachment, while the many of the lottery winners are sponsored to Mecca to perform  Holy Pilgrimages.”

“Propelled by these laudable initiatives and the need to contribute its quota to national development, some young and dynamic Nigerians established Western Lotto Nigeria Limited in 2015 to carry out the business of lotteries, promos and casinos in Nigeria.”

“We are committed to promoting global best practices in our operations as we positively impact lives through good causes. We will be speaking soon on the various initiatives that Western Lotto would be promoting.

Western Lotto Nigeria Limited is a Nigerian company with international partners who have a track record of performance and integrity in the international lottery business.”

We commenced with 5 games. They are Powerball, Euro Millions, Euro Jackpot, UK Lotto and Mega Millions. Powerball is an American lottery game played every Wednesday and Saturday. Euro Millions is a transnational lottery played across Europe. The Euro Jackpot similarly plays across Europe. UK Lotto is also known as the UK National Lottery. It has served good causes in the UK.  Draws for MegaMillions hold on Tuesdays and Fridays.

Our unique offerings also come with the ease of play. Just pick your six (6) numbers correctly, and you are on your way to winning. Once you match three (3) numbers, you start winning.

We also pride ourselves in the privacy, dynamism and accessibility that our platform offers. You can play via USSD, mobile apps, online, shops and terminals.

If you win, we will notify you immediately. You will get a text or email confirming your winning. Your winning code can be paid via the Automated Teller Machine (ATM) of theQuick teller (for smaller amounts), or walk into any bank branch to collect their winnings.

However, if you win big, you can come to our Head Office on Victoria Island, Lagos, to receive your money or state however you desire that we pay you.