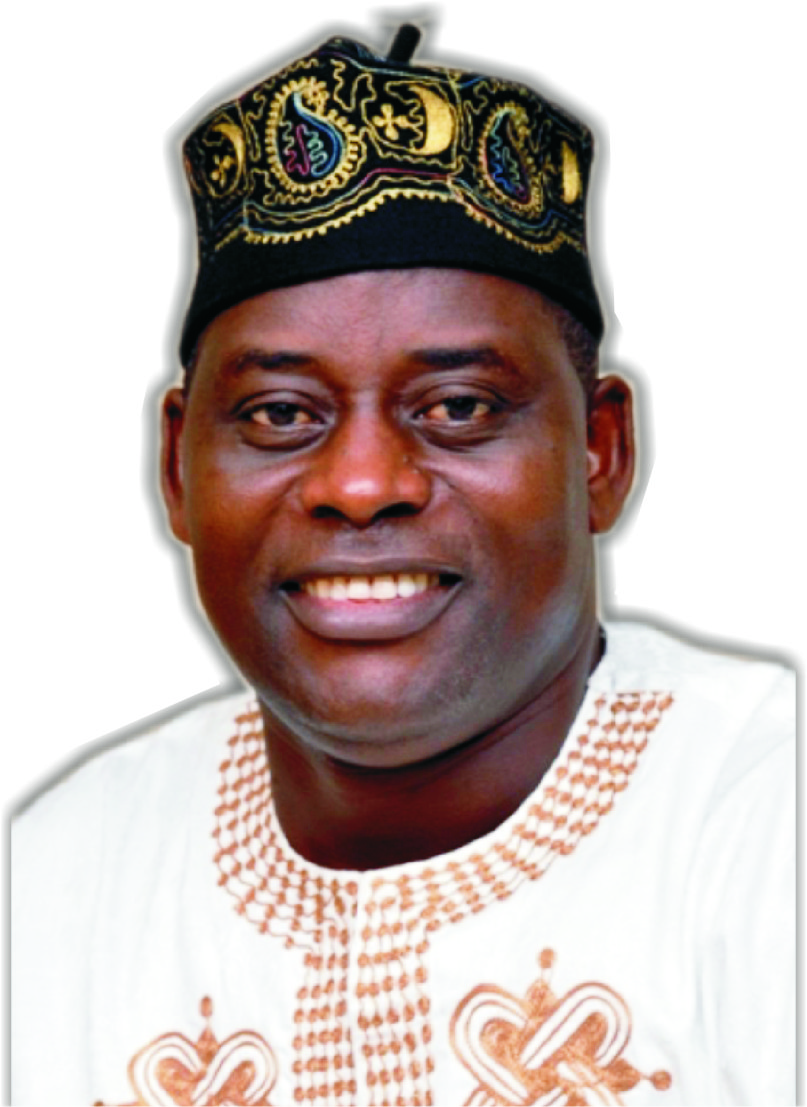 The recent APC presidential primary election which held last month may have come and gone, but it is still being talked about. And it is not just because of the humongous status of the eventual winner, Asiwaju Bola Ahmed Tinubu, but the manner in which he won, defeating other aspirants with a whopping 1,217 votes.

Many expected he would triumph, but not by such a landslide victory. Expectedly, Asiwaju’s legion of loyalists from Lagos and other regions of the country all stormed Eagle Square to support their national leader’s aspirations. One of such staunch and unrepentant loyalists of Asiwaju who was present at the Eagle Square, all through the convention was the Legislator representing Mushin constituency II, Honourable Olayiwola Olawale Sobur.

Not many know that this soft-spoken and highly intelligent Lawmaker has close ties with the national leader, Asiwaju Bola Ahmed which dates back to when Tinubu was governor of Lagos state. OMITITI as Hon. Olawale is fondly called, was Special Adviser on Transportation to the former governor. And they have remained close ever since. If you want to incur the wrath of OMITITI, speak ill of Asiwaju to his hearing and you will see the fiery side of him. He will begin to reel out to you all of Asiwaju’s accomplishments and give you a thousand reasons why he is the country’s best material at this point in time to rule the country come 2023.

Last week, he spoke with City People’s Senior Editor, WALE LAWAL (08037209290) about all that went down at Eagle Square and how Asiwaju was able to emerge a winner at the primary.

You were one of the Lagos politicians at the Eagle Square in Abuja, supporting the APC presidential flag bearer, Asiwaju Bola Ahmed Tinubu. What was the mood like? Were there doubts that things may not go the way Asiwaju’s supporters wanted?

There is no way we will talk about the outcome of the primary election without looking at the pre-election period and the efforts of Asiwaju Bola Ahmed Tinubu. We all saw how he went around the country, visiting traditional rulers and prominent Nigerians. He was the first to declare his intention to run and one of the first to pick up his expression of interest form. And by the time the vice president too declared his intention and picked up his form, others began coming out and declaring interest too. That was when some of us knew there was no anointed candidate anywhere like we were made to believe. Senator Akpabio for instance went to show the president his form in the presence of the vice president. That showed the president anointed nobody. And during the buildup, Ahmad Lawan was touted as a consensus candidate. You saw how the northern governors rose against it. And then there was the outburst of Asiwaju in Abeokuta which many have now tagged The Abeokuta declaration. That incident shows that Asiwaju is a warrior. Remember he is the Are Ago of Yorubaland, it’s a war title. And his other title, Jagaban, also means Warrior. The declaration really brought out the man in him. He sent the right signals to people and made it clear that he no longer cares what happens. He let out his anger, let the world know that he has not requested anything from the government and was ready to damn the consequences. So, it became like a 50-50 chance for him. And this attracted a lot of sympathy for him and his aspirations. But the 50 per cent chance later rose to a hundred. And he eventually triumphed. Before the day of the primary, there were people in the background who were also playing critical roles in rallying support for our leader, Asiwaju.

For someone like me, for instance, I reached out to all the delegates all over the country, in different languages, urging them to support Asiwaju. I got their contacts from a communications company. I also reached the national executives as well. I must say that some of us already knew what the outcome of the election would be, going by the political temperature in the arena at the time. You needed to be there to see the tumultuous reception Asiwaju received when he arrived. The way the delegates were screaming his name, it was too much. Every other contestant knew instantly that he was the man to beat. I must thank the other contestants that stepped down. They were also eminently qualified to contest but in the end, the Yoruba aspirants amongst them let the Omoluabi spirit in them come to the fore and they did the right thing by stepping down. Northerners, southerners, all stepped down for him. The result showed that Asiwaju is widely accepted. His Abeokuta declaration also taught us that you should be firm resolute and courageous in whatever you believe in. Take your decision and let the people or posterity judge you. You see, what you saw was like payback time for Tinubu. Before the primary, not many people knew that he had assisted a lot of governors and top politicians in the north. It was openly they were confessing and reminding him that, Asiwaju, you have done this for us, you have done that for us, it is now our turn to stand by you and give you our support.

Would you say there were expectations that some presidential aspirants, particularly from the southwest, would step down for Tinubu at the eleventh hour?

I will be honest with you, there wasn’t. Those of us in the Asiwaju camp knew how much Baba Osoba had prevailed on them to step down and they declined. But as events turned out, it was already obvious where the pendulum would swing. Many were no longer surprised when they started withdrawing from Asiwaju one after the other.

What was the mood like sir, when the vice president, Yemi Osinbajo, mounted the podium? Were there expectations he would also step down for Asiwaju as well?

For those of us that were there physically, we saw the hostility shown him by the delegates and the kind of songs they were singing to his face. There were some people who had been arranged to praise sing him and they did their part too. He spoke brilliantly. We were curious to see if anything good would come out of the speech, and eventually, he chose not to do what the others before him had done. But nobody was in doubt by then that he could never defeat Asiwaju. The man had already done his homework. Even the president’s wife was seriously rooting for Asiwaju. I remember when governor Fayemi declared to step down for Asiwaju, she was clapping seriously, to show you that Asiwaju had many supporters even among the high and mighty.

What was it like when Asiwaju was officially announced as the winner?

I was moving around Eagle Square, trying to feel the pulse of the people. I was in the midst of the Iyalojas and market women at that time, and the entire place had been turned into a carnival-like atmosphere. There was dancing and singing everywhere. I must appreciate the role played by Iyaloja of Nigeria. Her people were all on their feet all day and night singing for Asiwaju. Even the Policemen were dancing with us and identifying with Asiwaju.

A lot of people have been surprised at how quickly Asiwaju has hit the ground running, going round to meet with other aspirants he defeated in what could be described as reconciliatory moves when many were thinking he would jet out of the country to go and rest after such a gruelling campaign, what’s your take on this, sir?

Well, I was one of those privileged to be in his Abuja residence with him. I can tell you that when he got home, he took the whole of what was left of the election day to rest. After sitting down for close to 48 hours, he rested throughout. The following day, he did something which I really like. The first place he went was the National Mosque, to give thanks to God for what he has done for him. After that, he embarked on visits to Osinbajo and others. He really showed that he is a magnanimous human being, one who is humble in victory.

READ ALSO: HOW THE OLD REGBEREGBE AGE GRP WAS REVIVED IN 1985

How The Old Regberegbe Age Grp Was Revived In 1985