Meet K1’s Friends Of Over 30 Years 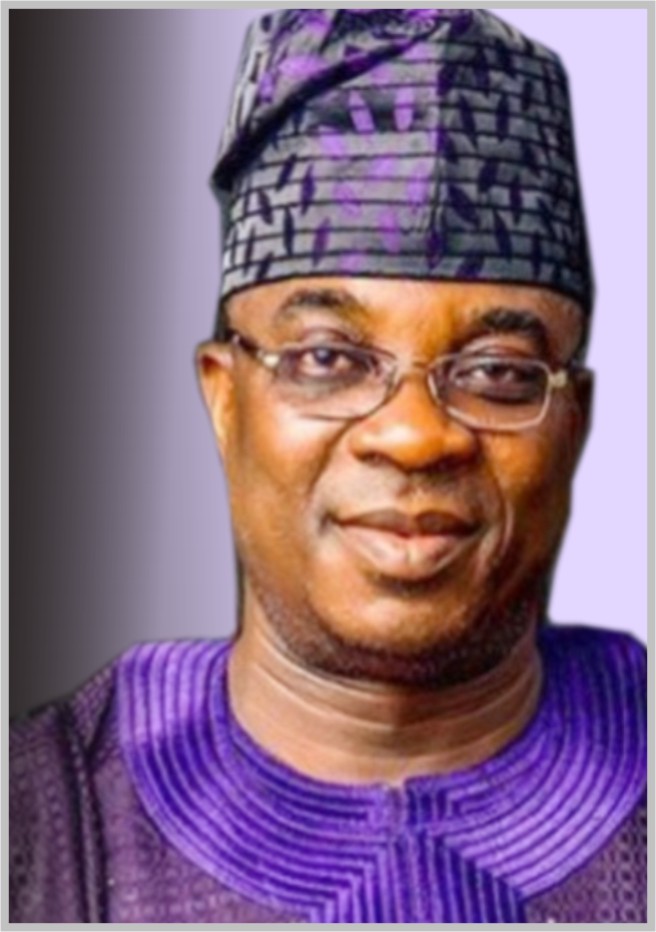 Alhaji Omogbolahan Ayinde Marshal, aka K1 de Ultimate, is a popular Fuji Musician and highly respected in society, both at home and abroad. He popularized a brand of the fuji genre based on the work of the Fuji creator, Ayinde Barrister known as Talazo Fuji that appeals to all age groups, irrespective of tribe and background.

He was born on Lagos Island, though he’s an indigene of Ogun State. His father is from Ijebu-Ode while his mother is from Ilupeju in Ondo State. For him, growing up on Lagos Island was fun and he had quite a number of childhood friends that he grew up with, most of whom he says have grown into respectable adults. In his words, “My contemporaries are all educated and doing well, we all grew up together and believe strongly in one another”. For many who don’t know, he grew up in Agarawu and began his musical sojourn there and enjoyed tremendous support from the area.

Also, he once stated clearly that there is no way one can be successful without the people of his area because one needs the people to recognize what you are doing and also appreciate it. He said they had an association back then, that discovered the talented youth who wanted to go into music. Lagos was full of life, and being the seat of power then, people all over the world came to Lagos and visited Lagos Island.

Kwam 1, as he is fondly called by fans, in the course of his career, made lots of friends with influential people in society, some were his childhood friends, some were admirers who like his music and along the line, built long-lasting relationships with him. He is very good at maintaining relationships that run into 4 decades.

Chief Akinade Fijabi is one of K1’s best friends. He is one of the most influential businessmen in the South-West. He was conferred with the title of Asiwaju of Ibadan land. He is a very prominent socialite and a political gladiator in Oyo State.

For many who are conversant with Lagos society, the name Wale Saubana will ring a bell. He was one of the top socialites in Lagos, London and the United States, a toast of major parties in the ’80s and ’90s. Alhaji Lanre Muhammed, aka Lamex, is a very popular and highly respected socialite and businessman who made his fortune from clearing and forwarding business. He was once a big-time distributor for Conoil. He runs a thriving fuel station in Lagos and also invested in the hospitality business.

Wale Saranda is a household name both in business and social circles, he plays big in quarry and several other sectors. Bolaji Basia is K1’s bestie of all time. A successful businessman and promoter, their relationship is one that is known to many in society. What about Jide  Teriyaki, Bayo Adenuga, and Tunde Borokini? All these big names in society share a very long-lasting relationship with the King of Fuji. Mayor Akinpelu shares a very special and long relationship with Kwam1, right from their days together in Surulere and Mayor’s days at the university. The bond is still very strong and that explains why one still sees both attend each other’s events to date. There is also Rilwan Aleshinloye, one of the happening socialites who dominated the social scene many years back. He is also the owner of Alesh Hotel. Rahmon Salawe, aka Sati Ramoni, who happens to be the toast of many Fuji musicians some years back, is also one of his friends.

Demola Oyefeso, CEO of Genesis Promotion, is one of the outstanding music promoters currently based abroad. He has contributed immensely to the present status and acceptance that Nigerian music is currently enjoying abroad. This very hardworking man commands great respect among musicians and artistes, especially in the Yoruba genre. There are also popular socialites like Sanjay Olohuntoyin and Muyiwa Bashorun.

What about the Awesu brothers, Wale and Segun Awesu? They were also popular in the social scene and still maintain good relations with the King of Fuji. They were the toast of many musicians. Also, Muyiwa Bashorun, aka Bill Gates of Africa, though not much has been heard of him lately, is among the big boys who have a special relationship with him.

Prince Bola Atobatele, the Executive Director of Judamis International Limited, a highly celebrated socialite is a friend of K1. There is also Jide Okunnu, who owns a fashion house and makes clothes for the high and mighty back then in society. There is also Wale Adeniyi Saubana, Niyi Aderinoye, Taye Adekanmbi, Kayode Lanihun, Tunde Ogini and Percy Ademokun, his former long- time Manager.